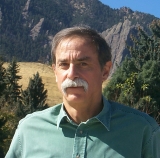 In this interview, David Zierler, Oral Historian for AIP, interviews David Wineland, Philip H. Knight Distinguished Research Chair at the University of Oregon. Wineland recounts his childhood in Denver and then Sacramento, and he describes his early interests in math and engineering. He discusses his undergraduate education at University of California Davis and then Berkeley, where Frederick Byron played a formative role in his development as a scientist, and whom he followed to Harvard for graduate school. Wineland discusses working in Norman Ramsey’s lab, and the significance of Dan Kleppner’s demonstration of the hydrogen maser. He discusses his postdoctoral research at the University of Washington where he worked with Hans Dehmelt on making accurate measurements of the electron g-factor, and the opportunities that led to his career at NIST in Boulder. He describes the excellent research environment and instrumentation that made precision measurements for clocks feasible and the important of Shor’s algorithm for his work. Wineland explains the difference of accuracy and precision as those words apply to atomic clocks, and the societal benefits of achievement improvements in this field both for land- and space-based applications. He describes the day he learned that he would receive the Nobel Prize, the collaboration he enjoyed with Serge Haroche, and his post-Nobel work in quantum information. Wineland describes his reasons for moving to the University of Oregon. At the end of the interview, Wineland assesses the current and future prospects of true quantum computing and the societal benefits that this advance could confer, and ongoing developments that can further improve atomic clocks.