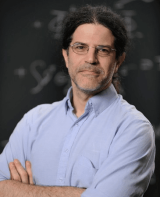 Elizabeth Paris interviews Wolfgang Panofsky, Director of the Stanford Linear Accelerator Center from 1961 to 1984. In this interview, Panofsky discusses the design and construction of particle accelerators and colliders at SLAC, especially the SPEAR (Stanford Positron Electron Accelerating Ring) collider, and his work with Gerard O’Neil, Bernard Gittelman, Carl Barber, and Burt Richter. Panofsky describes his influence on science and national security policy as a member of the President’s Science Advisory Committee, his role in the Nuclear Test Ban Treaty, and his involvement with the Atomic Energy Commission and the Congressional Joint Committee on Atomic Energy.