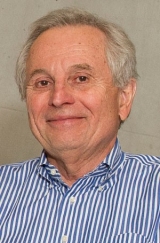 In this interview, David Zierler, Oral Historian for AIP, interviews Warren Moos, Professor Emeritus in the Department of Physics and Astronomy at Johns Hopkins. Moos recounts his childhood on Long Island, he describes his undergraduate experience at Brown and what it was like to witness major advances in BCS theory. He explains his decision to pursue graduate work in physics at the University of Michigan, where he studied under Dick Sands, who was doing paramagnetic resonance. Moos discusses his postdoctoral work at Stanford with Arthur Schawlow who had hired him to build a lab to study selective excitation of chemical bonds. He describes his early years on the faculty at Johns Hopkins, and he describes the department's leading program in rare earth materials led by Gerhard Dieke. Moos discusses his involvement in satellite launches in the mid-1960s and he explains some of the structural reasons why the U.S. was in a leadership position during the early space race. He discusses the origins of the Space Telescope Science Institute and the related merging of astronomy into the physics department. Moos discusses his contributions to the field of ultraviolet spectroscopy, and its value to space missions. He describes the partnership NASA and Hopkins have maintained over the decades, he describes his tenure on the board of Associated Universities, Inc., and he provides an overview of the European Space Agency and European Southern Observatory. At the end of the interview, Moos reflects on the value of his broad education and research agenda, and he emphasizes the importance of taking on new projects over the course of his career.