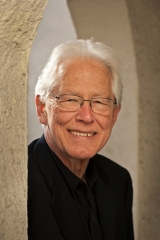 Interview with Malcolm Roy Beasley, Sidney and Theodore Rosenberg Professor of Applied Physics, Emeritus, at Stanford. Beasley recounts his passion for basketball in high school and the opportunities that led to his undergraduate study at Cornell, where he describes his focus on engineering physics as just the right blend of fundamental and applied research. He describes his relationship with Watt Webb, who would become his graduate advisor, and the origins of BCS theory. Beasley discusses his work taking magnetization measurements on type-II superconductors and his thesis research on flux creep and resistance. He discusses his postdoctoral appointment working with Mike Tinkham at Harvard and the developments leading to reduced dimensional superconductivity. Beasley explains the technological implications in the fluctuations of the order parameter, and he describes the speed with which Harvard made him a faculty offer. He discusses the circumstances that led to him joining the faculty at Stanford, his immediate connection with Ted Geballe, and his work on A15 superconductors. Beasley explains the significance of the 1976 Applied Superconductivity Conference and the important work in the field coming out of the Soviet Union at the time. He conveys the excitement regarding amorphous silicon and how the KT transition in superconductors became feasible. Beasley describes his interest in thermal fluctuation limits and coupled oscillators, and he describes Aharon Kapitulnik’s arrival at Stanford and the origins of the “KGB” group. He describes the group’s work on alloyed-based model systems and his idea to study high-resistance SNS Josephson junctions. Beasley explains “Pasteur’s quadrant” and why the KGB group was so well-attuned to dealing with it, and he discusses the impact of computational theory on the field and specifically that of Josephson junctions on digital electronics. He surmises what quantum superconductivity might look like, and he describes his work as dean and as founding director of GLAM, and some of the inherent challenges in the “trifurcation” at Stanford between the Departments of Physics and Applied Physics and SLAC. Beasley discusses his leadership at APS and the issue of corporate reform, and he explains his role in the Schön commission and what it taught him about scientific integrity. At the end of the interview, Beasley reflects on some of the “forgotten heroes” in the long history of superconductivity, he attempts to articulate his love for physics, and he explains why the achievements of the KGB group represent more than the sum of its parts.