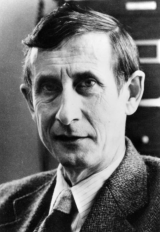 Interview with Michael Kosterlitz, Harrison E. Farnsworth Professor of Physics at Brown University. He recounts his family background in Germany and his upbringing in Aberdeen, Scotland, and he explains that opportunities that led to his undergraduate admission at Cambridge University where he developed his life-long passion for rock climbing. He describes his early interest in high-energy physics and his decision to pursue a graduate degree at Oxford where he worked on the Veneziano and dual resonance models under the direction of John Taylor. Kosterlitz discusses his postdoctoral work first in Torino and then at Birmingham where he met David Thouless and where he developed his initial interest in condensed matter and his subsequent expertise in phase transitions and superfluidity. He explains the revolutionary advances of Ken Wilson’s renormalization group and his decision to go Cornell where he enjoyed a foundational collaboration with David Nelson and Michael Fisher on crossover problems in critical phenomena. Kosterlitz discusses his decision to join the faculty at Brown, and he provides an overview in the advances in superfluidity in the 1970s and 1980s. He discusses the research that was eventually recognized by the Nobel prize committee and the experiments that bore out the theoretical predictions which were an essential prerequisite to the award. Kosterlitz describes the many benefits conferred as a result of winning the Nobel, and he provides perspective on how he has coped with his diagnosis of multiple sclerosis over the years. At the end of the interview, Kosterlitz explains his reluctance to prognosticate on future trends in the field because his experiences have proved to him that one can never know such things and that research breakthroughs are often unforeseen.