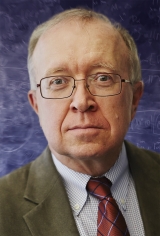 Interview with Scott Tremaine, emeritus professor at the Institute for Advanced Study in Princeton. Tremaine discusses his current affiliation with the University of Toronto, and he provides a historical overview of the boundaries between astronomy and astrophysics. He recounts his childhood in a town north of Toronto, and he explains his early interests in science. Tremaine describes his undergraduate experience at McMaster, the opportunities that led to his graduate admission to Princeton, and the exciting developments that compelled him to focus his thesis research on astrophysics. He describes his dissertation on the dynamics of galaxies done under the direction of Jerry Ostriker, who at the time was focused on the earliest research on dark matter. Tremaine discusses his postdoctoral term at Caltech where he worked with Jim Gunn and Peter Goldreich, and he explains his decision to take a second postdoctoral position at the Institute of Astronomy at Cambridge. He describes his appointment at the Institute for Advanced Study, his decision to join the faculty at MIT, and he explains his ongoing research collaboration with Goldreich on studying Saturn's rings. Tremaine describes the intellectual origins of his book, co-authored with James Binney, Galactic Dynamics, and he explains his decision to join the University of Toronto to become the director of CITA. He describes his interests in the origins of comets, his contributions to black hole research, and his appointment at the Institute for Advanced Study. Tremaine discusses his work on exoplanets, and at the end of the interview, he surveys the importance of increasing computational power over the course of his career, the exciting advances that have been made in understanding galaxy development, and why the "three-legged" stool upon which cosmology rests - namely, on inflation, dark matter, and dark energy, is problematic.