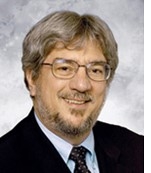 In this interview, David Zierler, Oral Historian for AIP, interviews Michael Anastasio, Director Emeritus of the Los Alamos National Laboratory.  Anastasio recounts his childhood in suburban Washington DC and he describes his early intellectual pursuits in math and science.  He discusses his undergraduate experience at Johns Hopkins, where his original plan was to learn enough physics to teach it at the college level.  He explains his decision to pursue a graduate degree at Stony Brook, where he worked under the direction of Tom Kuo in the nuclear theory group on the effective interaction in many body systems. Anastasio describes his postdoctoral research in Europe, where he worked on the meson exchange theory for the nuclear force.  He discusses his year at Brooklyn College, and he describes that circumstances leading to his work at Livermore Lab.  Anastasio recounts his work on nuclear weapons stockpile issues in the “B Division,” and how Cold War security policy affected the laboratory’s mission and focus.  He explains his increasing responsibilities as a division leader and then associate director at Livermore, and he discusses his work as scientific advisor to the Assistant Secretary of Energy for Defense Programs.  Anastasio explains the impact of September 11 at Livermore, and he describes his tenure as director, where he was focused on maintaining the long-term viability of the lab.  He describes the circumstances surrounding his decision to become director of Los Alamos and he reflects on the differences and similarities of the challenges of this new position.  At the end of the interview, Anastasio describes the ongoing relevance of the research at Los Alamos in both nuclear weapons and basic science.