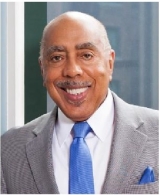 Education and early professional experience; undergraduate studies at Princeton University; graduate studies at University of Illinois; Ph.D., 1949. Teaching at Stanford University and MIT during the 1950s. Involvement with JASON (Charles Townes) from 1960; JASON-PSAC relations; member of PSAC in 1966. Leaves Stanford for SLAC in 1963. Discussions of selection of members, projects in JASON; collaboration within, political views. Clearance levels and comparison of JASON research and academic physics. Impact of JASON on ABM and his role in ABM policy decisions; JASON's role in public policy making and its unique contributions. Describes the evolution of his career from JASON physicist to activist against SDI and Reagan's Star Wars initiative. Chairman of HEPAP; relationship with Andrei Sakharov. Research from 1960 to present.