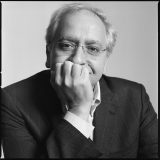 In this interview, David Zierler, Oral Historian for AIP, interviews Cumrun Vafa, Hollis Professor of Mathematicks and Natural Philosophy in the Department of Physics at Harvard. Vafa surveys the current state of the field in string theory, and he recounts his upbringing in Iran and his family’s goal for him to pursue education in the United States. He explains the opportunities that led to his acceptance to MIT, and his intellectual journey from being practical-minded in his study of economics and engineering, to his blossoming love for mathematics and physics. Vafa describes his early difficulties reconciling the formalism of math with the intuition he sensed pervaded concepts in physics, and he explains how this changed as a student of Ed Witten’s at Princeton. He describes his entrée into string theory at the time that Witten had committed himself to learning string theory, and he describes the evolution of the field from the first to the second “revolutions” from 1984 to 1994. Vafa describes his time as a junior fellow at Harvard and some of the tensions that existed in the physics department between senior faculty who were not interested in string theory, and the junior faculty who were. He explains the circumstances that led to his rapid tenure at Harvard and he describes the ideas that became his “Swampland” concept. Vafa discusses his collaborations with Andy Strominger on black holes and with Robert Brandenberger on string gas cosmology and his solo research on F-theory. He talks about the long-term prospects for a truer understanding of quantum gravity, and at the end of the interview, Vafa engages with critics and string theory, and delineates between those who are not interests themselves (which he understands and respects) and those who wish to make it more difficult for others to study string theory (which he finds problematic). Vafa acknowledges the current gap between string theory and experimental verification but asserts that this gap is a function of current technological limitations in observation, and not a shortcoming of string theory itself.