Washington, D.C., August 6, 2015 – The American Institute of Physics (AIP) has named Andrew Grant, a Washington, D.C.-based science reporter, as one of the winners of the 2015 AIP Science Communication Awards.

He is receiving the prize in the Articles category for his feature story “The Mysterious Boundary,” published in Science News magazine on May 31, 2014. See https://www.sciencenews.org/article/mysterious-boundary.

This is the third year in a row that a piece from Science News has won the same award. Alexandra Witze's story "Spinning the Core" won in 2014, and Tom Siegfried's piece "Nature's Secrets Foretold" took the prize in 2013.

Grant's story delves into the physics of black holes -- specifically, what happens when something falls into one. The members of the award committee that selected the story praised the way it handled a hotly-debated open question, comparing the evidence for and against different weighty theories while maintaining a lighthearted tone.

Grant, they wrote, “deftly conveys the complex evolution of physicists’ understanding of what happens to objects entering a black hole, and accurately and compellingly describes the current debate about this contentious and still-unresolved topic in a way that engages the reader with enough detail to be engaging but not overwhelming.”

Catherine O'Riordan, Vice President of AIP's Physics Resources Center, called the article beautifully written. "It cleverly depicts an otherwise unimaginable journey into one of the most compelling and mysterious phenomena in the universe,” she said. "We are pleased to recognize this work." 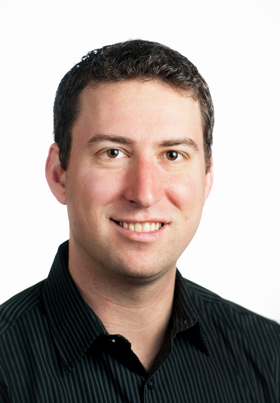 The AIP Science Writing Award is the latest in a long string of accolades for Grant: His work has appeared in The Best American Science and Nature Writing anthology, and he has previously been honored by the American Geophysical Union and the D.C. Science Writers Association.

Grant is currently a staff writer at Science News in Washington, D.C., where he covers physics and astronomy. In the past, he has reported on the interstellar exploits of the Voyager 1 spacecraft, the quest to get a multibillion-dollar cosmic ray detector onto the space station, and the challenges of fusing hydrogen at the National Ignition Facility.

Grant began his science journalism career at Discover magazine in New York after receiving his master's degree from New York University's Science, Health, and Environmental Reporting Program. He also holds a bachelor's degree in physics from The College of New Jersey.

As winner, Grant will receive a $3,000 check, an inscribed Windsor chair, and a certificate of recognition from AIP. The award will likely be presented in January at the American Astronomical Society (AAS) 2016 winter meeting in Kissimmee, Fla. (https://aas.org/meetings/aas227)

Grant said that the story is far from over, and he plans to write more about this rapidly-unfolding topic in the coming months.

About the AIP Science Writing Awards

Awarded since the 1960s, AIP's Science Writing Awards recognize some of the best science writing in print, broadcast and online on topics related to physics, astronomy and the physical science. For more information, contact <writing [at] aip.org> or visit http://www.aip.org/aip/writing/