Washington, D.C., October 30, 2015 – The American Institute of Physics (AIP) has named two winners of the 2015 Science Writing Awards for Books for separate works that each treated a complex subject with an engaging style and brought science to broad audiences.

"Each book, in its own wonderful way, uncovers a wildly complex subject and lays it bare for all to see," said Catherine O’Riordan, AIP's Chief Operating Officer. "They are both terrific examples of science writing, and we are pleased to recognize them with this year's award."

Wizards, Aliens, and Starships is Adler’s first book. In it, he took his background and passion for physics and math and applied them to some of the most extraordinary concepts in science fiction and fantasy, showing the fine line between those that are reasonably possible and those that are far-off fantasy. From time warps to teleportation to the flying car in Harry Potter books, Adler turns a scientist’s eye to show readers what actually might possible and what will never work at all.

The impetus behind the book was simple. “I've always loved science fiction, but when I became a scientist I discovered that much of the ‘science’ in science fiction was wrong,” explained Adler. “I wanted a book which would help fans tell what was reasonable from what wasn't in the stories.”

In Virginia Climate Fever - How Global Warming Will Transform our Cities, Shorelines and Forests, Nash takes the very timely and topical subject of global warming and brings its impacts home to readers at the local level — a broadly-accessible treatment of climate change people can relate to because of its local focus, readability and occasional humor.

“My thinking was that many readers cannot easily connect ‘global’ warming with their lives, but explaining and projecting climate change impacts in their own state or city matters immediately,” explained Nash. “I have been waiting for several years for climate science to evolve to the point that credible regional projections could be done and that time finally arrived.”

The author said he is gratified Virginia Climate Fever has generated such a positive response. “Global warming is still so politically controversial in Virginia that a majority of our legislature runs and hides from the entire subject. An optimist would say that it is because they have not been exposed to reliable, science-based information on which to base good leadership,” he said. “I’d be very happy to think that my book — focused on climate science, not climate politics — may help clarify this profound challenge, for Virginians and the general public.”

His book was selected as assigned reading for Virginia’s commission on climate change. 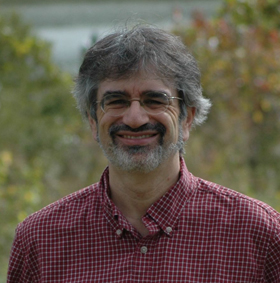 MORE ABOUT WIZARDS, ALIENS, AND STARSHIPS

Even Adler was surprised by just how wrong science fiction writers were in their works. “Science fiction works routinely have completely unbelievable things going on left and right. For example In the novel Starman Jones, Robert Heinlein has navigators aboard a starship in the year 3000 programming a computer using switches, and looking up binary to decimal conversions and logarithms in big books while Captain Picard on the TV show Star Trek: The Next Generation has cups of Earl Gray tea beamed into his office ignoring the fact that if the transporter process is 99.9 percent efficient (which no real process is), this generates enough waste heat to brew about 2 billion cups of tea!”

AIP is not the first to recognize Adler’s Wizards, which has received critical accolades from reviewers at Times Higher Education and Math Association of America, and was named one of Physics World’s Top Ten Books of the Year for 2014, and one of The Guardian’s Best Popular Physical Science Books of 2014. Even more remarkable is the excellent reviews from readers on sites geared to the general public such as Amazon and GoodReads, where readers laud the passion and knowledge of the author as well as the clear and engaging style he uses to make the content accessible to a broad audience.

Adler looks forward to following up on Wizards, pulling back the veil further on science fiction and fantasy. “I had to cut nearly half the topics I wanted to cover, or else the book would have been over 500 pages long,” Adler explains. “I want to write about artificial intelligence, space warfare, genetic engineering, among other things, and also include more recent science fiction works than I generally did in the book. There is also the fact that science and science fiction both march on — I'd like to include the discovery of water on Mars and an analysis of the book and film The Martian (both of which I enjoyed tremendously) in any future work on the subject.” 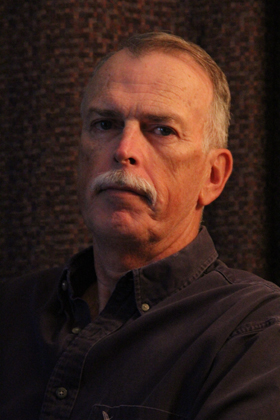 Nash, who teaches in the Environmental Studies program at the University of Richmond as Visiting Senior Research Scholar, has been writing on the environment for many years and his work has been published in The New York Times, BioScience, Archaeology, The Scientist, The Washington Post and its Sunday magazine, The Christian Science Monitor, E Magazine, the Journal of the Society of Environmental Journalists, National Parks, and several other magazines and newspapers. He has written several books before Virginia Climate Fever, including Blue Ridge 2020-An Owner’s Manual which won the Southern Environmental law Center’s Philip D. Reed Award for outstanding journalism about southern environmental issues.

As winners, Adler and Nash will share a $3,000 check and will each receive an inscribed Windsor chair and a certificate of recognition from AIP. The awards will be presented Jan. 6, 2016 at the American Astronomical Society (AAS) 2016 winter meeting in Kissimmee, Fla. (https://aas.org/meetings/aas227)

ABOUT THE AIP AWARD FOR SCIENCE WRITING/BOOKS

One of four AIP science communication awards, which have been awarded annually since the 1960s, the AIP Award for Science Writing/Books recognizes excellent work that was published the previous year and was related to topics like physics, astronomy and the physical sciences. For more information, contact <writing [at] aip.org> or visit https://www.aip.org/aip/awards/science-communication.

The American Institute of Physics is an organization of scientific societies in the physical sciences, representing scientists, engineers, and educators. AIP offers information, services, and expertise in physics education and student programs, science communication, government relations, career services for science and engineering professionals, statistical research in physics employment and education, industrial outreach, and the history of physics and allied fields. AIP publishes the flagship magazine, Physics Today, and is home to the Society of Physics Students and the Niels Bohr Library and Archives. AIP owns AIP Publishing LLC, a scholarly publisher in the physical and related sciences. See: http://www.aip.org