WASHINGTON, D.C., October 6, 2016 -- The American Institute of Physics announced today the winners of its 2016 Science Writing Awards for Books, Articles, Writing for Children, and Broadcast and New Media.

Awarded every year since 1968, AIP's awards give to each winner a $3,000 prize, an engraved Windsor chair and a certificate of recognition. The 2016 winners are

-          Chris Woodford for Atoms Under the Floorboards (Bloomsbury Sigma)
-          Ron Cowen for "The quantum source of space-time" (Nature)
-          David Macaulay for How Machines Work: Zoo Break! (Dorling Kindersley Limited) and
-          Jennifer Lauren Lee for "How to Build Your NIST D.I.Y. Watt Balance," by the NIST Physical Measurement Laboratory.

“It certainly wasn’t an easy decision, but ultimately the selection committees recommended excellent works and we are thrilled to award each winner. Each author found their own way to bring these fascinating but complex topics to a broad audience through familiar ideas and even humorous styles,” said Catherine O’Riordan, AIP's Chief Operating Officer.

BOOK WINNER: SCIENCE WHERE THE HEART IS

The Books prize was awarded to Chris Woodford for Atoms Under the Floorboards: The Surprising Science Hidden in Your Home, published March 12, 2015 by Bloomsbury Sigma.

The judges enjoyed its “accessible, eloquent discussion of a variety of science topics using phenomena of our homes or everyday lives,” and describe it as an “excellent example of science writing for the public.”

Woodford chose to explore writing about environmental topics because “communication about the environment is a major failure -- possibly the biggest and most disastrous for the scientific community,” he said.

Woodford has written, co-written, and edited dozens of science education books, including the best-selling “Cool Stuff” books, which have sold nearly 4 million copies worldwide. He has also created a science education website: explainthatstuff.com.

“Running a science and technology website, I get a wonderful barrage of questions from people wanting to know how and why things work or don’t work in the way they expect,” Woodford said. “After replying to quite a few of these, I realized there was a common thread: many people don’t understand the science of ‘everyday stuff,’ and there was a need for an accessible introduction.”

He is a freelance science writer, based in Swanage, Dorset, U.K. 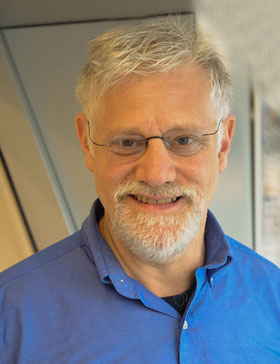 The Articles prize goes to Ron Cowen for "The quantum source of space-time," published November 16, 2015 in Nature.

The judges were impressed by Cowen’s “captivating, lucid article,” in which he tackles two of the greatest puzzles within the field of physics: entanglement of fundamental particles and the weird possibility of wormholes taking shortcuts through space-time via blackholes.

Cowen “skillfully navigates the complex and still-evolving understanding of the rich relationships between quantum mechanics and relativity,” according to the judges. “His clarity regarding complex theories, as well as the use of enhanced graphics, contributes to the general public’s understanding.” The article’s timing is also perfect -- coinciding with the 100-year anniversary of Einstein’s theory of general relativity.

“I’ve always been fascinated about the origin of space-time and its deep connection with gravity as described by Einstein in his masterpiece general relativity theory,” Cowen said. “The idea that the weirdest part of quantum theory -- entanglement, which Einstein disliked -- might give birth geometry and gravity was an irresistible topic to write about.”

Cowen is a freelance science writer who specializes in physics and astronomy. Before freelancing, he wrote for Science News for 21 years. His freelance articles have appeared in Nature, Scientific American, The New York Times, Science, National Geographic, and U.S. News & World Report. He and his family are based in Silver Spring, Maryland. 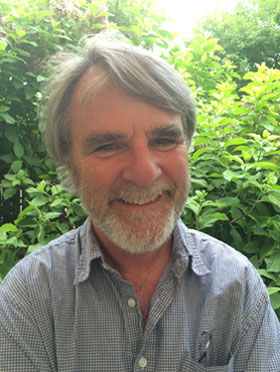 The book was selected for its “compelling storyline that holds the attention of all ages,” according to the judges. “Readers interact with the characters and the different types of simple machines. We especially liked the pop-up and removable interactive components in this book, which can be used to introduce children to basic physics and engineering principles or to introduce inquiry science lessons involving simple machines.”

The “effectiveness of the fold-outs and pop-ups for making this type of material more engaging was a very pleasant surprise,” Macaulay noted.

Carton, who worked with Macaulay on the book, explained how Macaulay got started on the project, sketching out the ideas of machines and animals (including sengi using pulleys to bring food to a sloth), then worked further with the team to develop the story and interactive elements incorporated into the book.

Macaulay, who has authored many works, is perhaps best known for The Way Things Work, which he describes as “an exhaustively researched compendium of how and why nearly everything functions.” He and his family reside in Vermont. 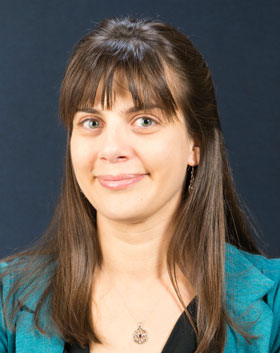 Her video’s comedic telling of redefining the kilogram won over the judges, who describe it as “an entertaining video infomercial that presents step-by-step instructions to build a watt balance using LEGO bricks and low-cost electronics.” They applaud Lee’s creativity because “redefining the world’s basic unit of mass is no easy task, and translating the concept into something playful and educational is worthy of an award.”

“The great thing about infomercials is that you can cram a lot of information into a small space, and it’s entertaining because the format is ridiculous,” Lee said. “Everything is designed to keep your attention -- every moment should be even more exciting than the last! Also, it was an organic fit: we really needed disclaimers about safety in a couple of places, and an ‘expert testimony’ section let us provide context about why watt balances are important right now.”

Lee is currently a science writer and video producer for NIST’s Physical Measurement Laboratory, and in the past has worked for Fermilab, the American Institute of Physics, Science News, and CERN. She resides in North Bethesda, Maryland.

*Note: Lee is a former employee of AIP, but left AIP in June 2014. Her entry was not earmarked in any way as belonging to a former AIP employee.

The Science Communication Awards of the American Institute of Physics were established to recognize the best science writing in books; magazines and newspapers; works intended for children; and new media in order to improve the general public's appreciation of the physical sciences, astronomy, math, and related science fields. Entries are judged by a committee of scientists and journalists, and winning authors receive a prize of $3,000, an engraved Windsor chair, and a certificate of recognition. For more information, contact writing [at] aip.org or visit https://www.aip.org/aip/awards/science-communication.