WASHINGTON, D.C., October 3, 2019 -- Since 1968, the American Institute of Physics has recognized journalists, authors, reporters and other diverse writers for their efforts in science communication. The winners of the 2019 Science Communication Awards are announced for their topical works on robotics inspired by animals, the nature of the universe, climate change, the awe and excitement of space, and the mystery of black holes.

Winners will receive an engraved Windsor chair, a certificate of recognition, and $3,000 for each category. The 2019 winners are

"We are honored to award these five incredible works of literature and film,” said AIP CEO Michael Moloney. “As masters of communication, this year’s winners have demonstrated unique, poignant and universally relevant storytelling about topical concepts that highlight the beauty of scientific discovery.” 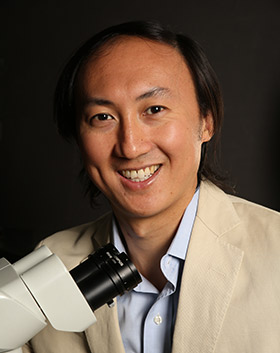 BOOK CO-WINNER: “How to Walk on Water and Climb Up Walls” by David Hu

David Hu’s “How to Walk on Water and Climb Up Walls,” published by Princeton University Press, is one of two winners for this year’s book award. Hu’s book explores the astounding diversity and versatility of animal locomotion and how engineers are inspired by it as they design robotics. His team discovered how dogs shake dry, how insects walk on water and how eyelashes protect the eyes from drying.

Judges praised Hu’s book for featuring an interdisciplinary group of scientists working the front lines of their fields.

“A lot of people ask me where I get my ideas. I like to study things that relate to everyday life,” Hu said. “I get inspiration from raising my children. From a diaper change with my son, I was inspired to study urination. From watching my daughter being born, I was inspired by her long eyelashes.”

Hu earned a doctorate in mathematics and a bachelor’s degree in mechanical engineering from the Massachusetts Institute of Technology. He is currently a professor of mechanical engineering and biology as well as an adjunct professor of physics at Georgia Tech. He is a recipient of the National Science Foundation CAREER award for young scientists, the Ig Nobel Prize in physics, and the Pineapple Science Prize.

Hu’s previous work has been featured in The Economist, The New York Times, Saturday Night Live and Highlights for Children. He is originally from Rockville, Maryland. 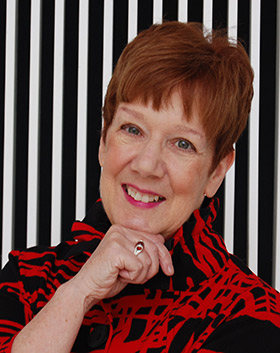 Former AIP Gemant Award winner Marcia Bartusiak co-wins the award in the book category. In her comprehensive compilation of astronomical stories, Bartusiak delves into the untold backstories of momentous astronomical discoveries and presents a profound understanding of the nature of the universe. Published by Yale University Press, “Dispatches from Planet 3” is a collection of 32 essays, which can be read in any order. Judges admired Bartusiak’s book for being “well-written and accessible.”

“My mission over the last several years, when writing the essays contained in ‘Dispatches from Planet 3,’ was to provide the back story for many recent astronomical discoveries,” Bartusiak said. “These explorations have included events in our nearby celestial neighborhood and out to the farthest reaches of the universe. Even to the multiverse.”

Bartusiak has combined her undergraduate training in journalism with a master’s degree in physics to cover the fields of astronomy and physics for four decades. She has published in Science, Smithsonian, Discover, National Geographic, Natural History and Astronomy.

Recently retired as professor of the practice in the graduate program in science writing at MIT, she is the author of seven books on astrophysics and the history of astronomy, including “Einstein’s Unfinished Symphony” (winner of the 2001 AIP Science Communication Award) and “The Day We Found the Universe” (winner of the History of Science Society's Davis Prize). 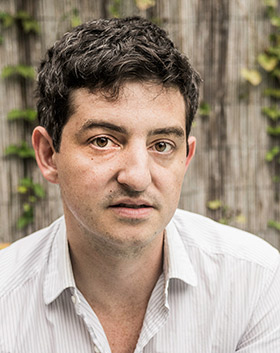 Nathaniel Rich wins this year’s articles prize for his New York Times Magazine article, “Losing Earth – The decade we almost stopped climate change. A tragedy in two acts.” Published in August 2018, this winning article presented a comprehensive perspective on climate change awareness from 1979 to 1989. Rich’s two-part article was based on 18 months of reporting and over 100 interviews.

“The most surprising thing I found in my research for ‘Losing Earth’ was that every single conversation we are having today in 2019 about climate change was being held, nearly verbatim, in 1979,” Rich said. “I mean not only the predictions about degrees of warming and sea level rise, natural disasters, and geopolitical tensions but also the conversations about the need to help developing nations modernize without resorting to massive fossil fuel consumption, geo-engineering, speculative carbon removal technologies and the cost-benefit analysis that always seems to favor inaction.”

Judges were impressed by the new angle to an oft-told tale, commenting, “Rich’s report is persuasive that the tactics that industry eventually embraced -- delay, doubt, bribery, and obfuscation -- are akin to the ‘mustache-twirling depravity’ of evil-doers in melodrama.”

Rich is a writer-at-large at the New York Times Magazine and a regular contributor to Harper’s, the Atlantic and the New York Review of Books. An expanded version of the Times Magazine article was published as “Losing Earth: A Recent History” earlier this year and has already been translated into eight languages. Rich is also the author of the novels “King Zeno,” “Odds Against Tomorrow” and “The Mayor’s Tongue.” He currently lives in New Orleans. 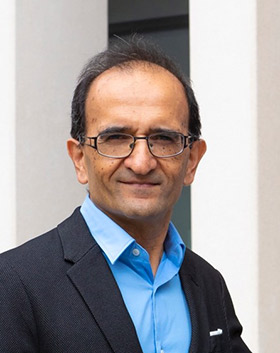 The Writing for Children Prize is awarded to Raman Prinja for “Planetarium,” an extensively illustrated and far-reaching guide to the universe published by Bonnier Books in the U.K. and Big Picture Press in the U.S.

“The universe and its incredible contents are my inspirations for ‘Planetarium.’ From planets to stars and galaxies, I particularly wanted to share the awe and excitement of space with the young readers,” Prinja said. “Chris Wormell’s stunning illustrations drove me further, and with ‘Planetarium,’ we really want inspire and enthuse the next generation of universe explorers!”

Prinja is a professor of astrophysics and head of department at University College London. His research has focused on the evolution and properties of the most massive stars in the galaxy and their progression into supernovae. Prinja has been awarded the Pol and Christiane Swings research prize as well as UCL faculty and department teaching awards.

The judging committee emphasized that “Planetarium” is a book that can provide hours of education and family discussions. The committee was “impressed with the depth of scientific concepts and areas of astronomy covered in the book.”

When he’s not teaching and researching, Prinja is an active public speaker and regularly presents lectures to a wide audience range. Prinja has made it his personal goal to bring the subject of astronomy to more diverse audiences, including children, and has written over 20 successful outreach-level science books. 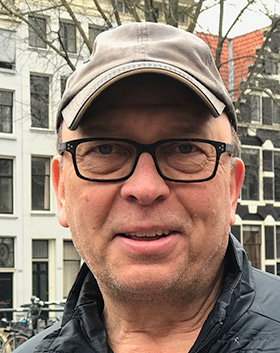 A NOVA documentary, “Black Hole Apocalypse,” wins this year’s Broadcast and New Media prize. Independent filmmaker Rushmore DeNooyer directed this two-part documentary to investigate what he refers to as the most “enigmatic and exotic objects in the universe.” DeNooyer’s film follows leading astronomers and physicists who research the mysterious nature of black holes -- ultimately concluding that black holes might be essential to how the universe evolved.

“To keep the science from overwhelming the viewer, I tried to put people, the scientists who hunt these powerful and mysterious objects, front and center in the story,” DeNooyer said. “Barely 100 years after black holes’ existence was first theorized, these passionate men and women have succeeded in proving they not only exist but may be crucial in shaping our universe.”

He said as someone who loves crafting stories around human characters, his greatest challenge was telling a story in which the central characters -- black holes -- are inanimate, invisible and extremely difficult to understand.

DeNooyer’s films have appeared on PBS, Smithsonian, National Geographic, History, Discovery and Turner Broadcasting. His work has been honored with the George Foster Peabody Award, the Writers Guild Award and numerous Emmy nominations. Prior to becoming a filmmaker, he spent two decades as a musician and music producer.

The judges felt DeNooyer’s documentary provided a “definitive summary of black holes” and appreciated that DeNooyer “let scientists' personalities shine through their interviews.”

AIP has presented its Science Communication Awards every year since 1968 to recognize the best science writing of the previous year. The award recognizes the writers' efforts to improve the general public's appreciation of the physical sciences, astronomy, math and related scientific fields. For more information, contact writing [at] aip.org or visit https://www.aip.org/aip/awards/science-communication.