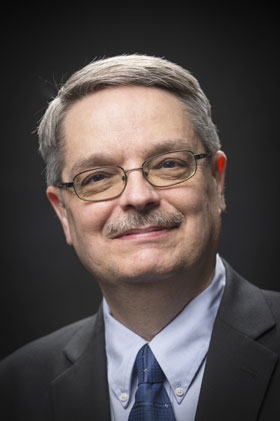 Lincoln is currently a senior scientist at Fermi National Accelerator Laboratory in Chicago, where, in addition to conducting research, he also hosts dozens of particle physics videos for Fermilab’s YouTube channel, the most popular of which has almost three million views. But Lincoln’s efforts in the ways of public outreach and science communication go far beyond his Sagan-esque mini documentaries. His distinguished research career, which has led to over 1,000 publications and includes major contributions to the discoveries of the top quark and the Higgs boson, is paralleled by an extensive resume of science communication work.

“We are delighted to award this year’s prize to Dr. Lincoln, who has done so much for the field of particle physics, both in fundamental research and in the public eye,” said Catherine O’Riordan, chief operating officer of AIP. “His accomplishments in making the world of subatomic particles accessible to so many continue to inspire the scientific community.”

Lincoln earned his doctorate in experimental particle physics from Rice University in 1994. Though neither of his parents had academic backgrounds or a particular interest in science, Lincoln found his passion for physics thanks to the very efforts of others, which he now emulates.

“It turned out that it was the science popularizers of the ’70s that helped me get so interested in science -- people like Isaac Asimov and Carl Sagan,” Lincoln said. “So to a certain degree, this is simply payback. I figure there’s some kid somewhere in Tennessee, Oklahoma, or wherever, who might be in a similar situation, and I’m hoping that by communicating the excitement of science, I might open their eyes to a life that they otherwise could never have imagined.”

In addition to the weekly Fermilab Today columns he wrote for over a decade, Lincoln has written countless articles appearing in magazines, like Scientific American and The Physics Teacher, and online publications, including the Huffington Post, CNN and the NOVA website’s blog. He has authored three books for the public about particle physics and the universe, developed a Theory of Everything course for the Great Courses series, and given hundreds of lectures to a spectrum of audiences, including a TED talk.

“I would like to change the culture among the scientific community,” Lincoln said. “There is a long history of scientists being hesitant to do science communication because they think their colleagues won’t take them seriously as being a real scientist -- and that I think is wrong-minded.”

Lincoln pointed out that most scientists are publicly funded and said he feels it’s incumbent on them to communicate with the public because, “the public is, after all, the core support behind an awful lot of science research.”

“There are so many scientifically-based topics that will affect our society. Stem cells, vaccinations, climate change […] and certainly the enormous advances in genetics, which will have a huge impact on our society over the next century. I strongly believe that scientists need to be in the forefront to try and explain what is possible and what is not possible,” said Lincoln. “That’s doesn’t mean the scientists should say what we should do, that’s a conversation for the entire country -- or world for that matter -- but the conversation should be based on scientific facts and not the clutter that we often see.”

The Gemant Award committee selected Lincoln for “over 20 years of enthusiastic and tireless communication of particle and cosmological physics to diverse audiences through public lectures, book, videos and articles, especially those aimed at physics educators.”

With more than 20 years of communication experience, Lincoln offered sage advice to those just starting in science communication. “I would like to tell the young people trying to do that who are scientists, in the beginning it’s a very tough slog,” Lincoln said. “It took me a couple of years to sell the first book, with lots of rejections. You just have to be aware that’s part of the process. On the other hand, once you’ve done that, then you’re in the club. And when you’re in the club it becomes much, much easier. And that’s when you can start having an impact.”

Lincoln will be presented with the award in conjunction with an invited public lecture which will be scheduled for later this year. The award includes a cash prize of $5,000 and a grant of $3,000 to further the public communication of physics at an institution of Lincoln’s choice. More information about the award, which will be updated with the details of this year’s award presentation, can be found here: https://www.aip.org/aip/awards/gemant-award.

You can find out more about Don Lincoln and read some of his work on his website here: http://drdonlincoln.fnal.gov and Facebook page here: http://www.facebook.com/Dr.Don.Lincoln.

The Andrew Gemant Award recognizes the accomplishments of a person who has made significant contributions to the cultural, artistic, or humanistic dimension of physics given annually. The award is made possible by a bequest of Andrew Gemant to the American Institute of Physics.