Through use a portable laboratory and a topography meter, researchers in China can measure the frequency of random landslides on the steep slopes of China’s Loess Plateau

From the Journal
Review of Scientific Instruments
By John Arnst

WASHINGTON, D.C., April 12, 2016 – It’d be hard to overstate how landslide-prone China’s Loess Plateau is; thanks to millions of years’ accumulation of the wind-deposited, highly-porous sediment from which the plateau takes its name, the region has been called the most erosion-prone on Earth.

However, despite the prominent geomorphic role gravity erosion plays on the slopes – which affects an area of more than 200,000 square kilometers in the upper and middle reaches of China’s Yellow River – the process isn’t well understood due to the complexity of soil failure occurrence and behavior, according to Xiang-Zhou Xu, a professor of Dalian University of Technology in Dalian, China. 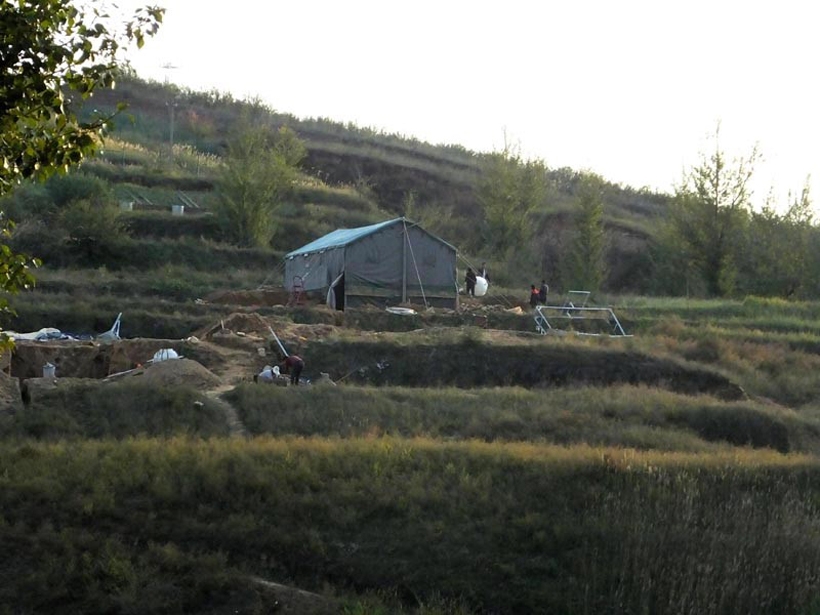 “Areas of the Loess Plateau, especially the Loess Hill Ravine Region and the Loess Mesa Ravine Region, are severely affected by gravity erosion,” Xu said. “How to quantitatively evaluate the roles of various mass failures on the steep slope is significant in controlling failure disasters.”

Xu and his collaborators at Dailan University of Technology, the Yellow River Institute of Hydraulic Research, and Chinese Academy of Sciences and Ministry of Water Resources and present their measurement system this week in the journal Review of Scientific Instruments, from AIP Publishing.

The centerpiece of the researcher’s system is a portable tent that can be assembled in the field, allowing them to conduct site-specific tests, such as simulated rainfall, while providing the same conditions for these simulations and observations as a laboratory setting. Given proper site preparation, Xu estimates, the tent could be quickly assembled within two to three days.

Their experiments involve a MX-2010-G topography meter, a structured-light 3-D surface-measuring instrument which can digitally reconstruct the 3-D geometric shape of a target surface designed by the team to monitor the slope’s behavior under simulated rainfall. The volume of gravity erosion, along with a slew of other erosion data, can then be obtained by comparing the slope geometries in the moments before and after the simulated erosion incident.

The experimental results show that, after six runs of rainfall – each with the amount of 54 millimeters of water on a steep loess slope with slope angle greater than 70° – the total amount of soil eroded by gravity on the side of each landform was about twice that of the total eroded by water. Moreover, the researchers found that the gravity erosion primarily occurs in a short period of time, which is considered to be more dangerous – thus warranting increased attention to the effects of gravity erosion on the steep slope.

“The measurement system was used to complete the survey for over 130 rainfall simulation events, and it confirmed the feasibility and reliability of this technique,” Xu said.

One of the shortcomings of the researcher’s setup, however, is that the procedures for calculating the volume of soil loss involve many separate pieces of software – making a surveyor’s skills for precise measuring for most surveying tasks indispensable.

“Presently, we are developing a new type of topography meter that could be more intelligently steered.” Xu added. “In the near future, an unskilled surveyor could also obtain the required accuracy level as well as proper and efﬁcient data collection or setup, at the same speed as the work done by a skilled surveyor.” 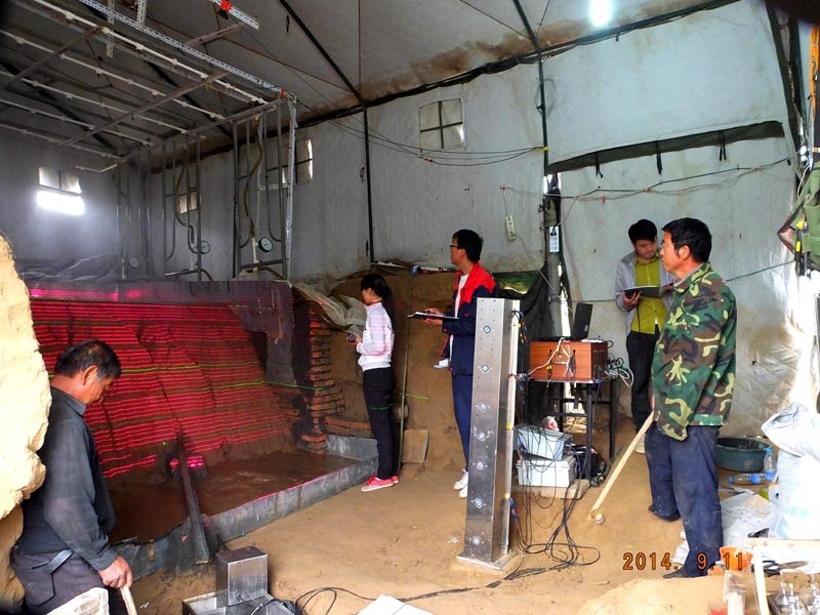 Review of Scientific Instruments publishes original research and review articles on instruments in physics, chemistry, and the life sciences. The journal also includes sections on new instruments and new materials.