Experts in Advanced Materials Warn of Waning US Leadership

Last week, experts in advanced materials testified before a House subcommittee on the potential of their work and the challenges they face. Warning of declining U.S. leadership in their field, they urged increased federal support for R&D as well as policy changes to speed technology commercialization. 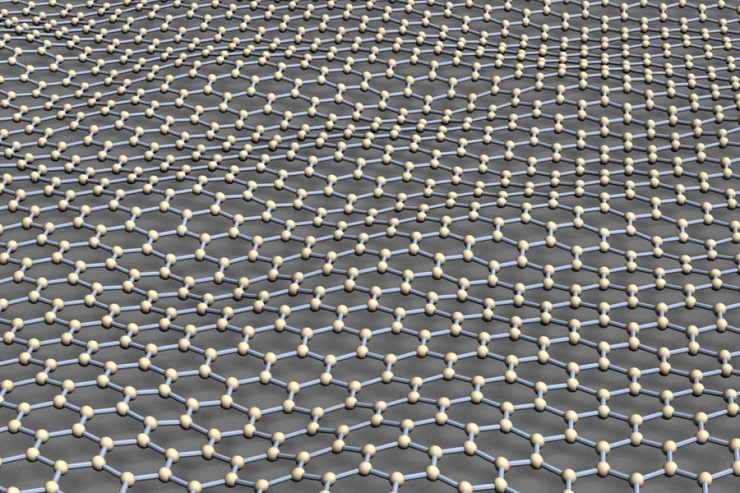 Graphene, a one-atom-thick material composed entirely of carbon, was one of the subjects discussed at last week’s “Disrupter Series” hearing on the industrial potential of advanced materials.

On March 15, the Digital Commerce and Consumer Protection Subcommittee of the House Energy and Commerce Committee held a hearing on advanced materials, covering both R&D and commercial applications. It was the latest in the subcommittee’s “Disrupter Series” of hearings on issues relating to the development and deployment of transformative technologies.

The members of the witness panel promoted their work and explained its possible applications. But, warning that they face fierce international competition, they also appealed for additional funding and identified changes in policy they felt would speed the commercialization of new applications.

Introducing the hearing, Rep. Bob Latta (R-OH), the subcommittee chairman, remarked on the symbiotic relationship between advanced materials R&D and economic prosperity. He observed, “The potential for each of these materials, and even those that may not be represented on the panel today, are subject to the health of the U.S. economy and the willingness of public and private investors to take some amount of the risk.” Moments later he urged,

If we are serious about improving safety, bringing consumers more and better options, and ensuring manufacturing jobs with that ‘Made in America’ label, then we must be leaders in the development and application of these materials.

In his opening statement, the ranking member of the full committee, Rep. Frank Pallone (D-NJ), emphasized the importance of government support for R&D, saying, “The return on publicly funded scientific research and development … is well established, and federal support of this kind of innovation is a key to the success of America’s economy.” He pointed to President Obama’s establishment of the Materials Genome Initiative and the National Network for Manufacturing Innovation as examples of important developments in innovation policy.

Rep. Doris Matsui (D-CA) asked the witnesses whether their work had been federally supported. In reply, the witnesses acknowledged receiving grants from a variety of agencies, including the National Science Foundation, the U.S. Army Corps of Engineers and other Defense Department programs, the Department of Transportation, and the National Institutes of Health. Some also said their work had been aided by Small Business Innovation Research grants.

Responding to a separate question, Tour pointed to the National Nanotechnology Initiative as a good model for funding as it allows different agencies to support work in complementary ways. However, throughout the hearing, he also painted a grim picture of the overall state of funding in the U.S. He said the nation has lost its leadership position in graphene research to competitors, and compared the situation to the space race of the 1960s, remarking,

We have seen very little increase in research funding over the last eight years. It has been devastating to our universities. … I collaborate with the Chinese, and I put their names on our papers. Why? Because I need access to their equipment. They have better equipment than we have in the United States because we haven’t been able to maintain our equipment budgets.

Tour said that students who had come to the U.S. are now returning to their homelands, and that the problem is not limited to the junior ranks. He warned, “Foreign universities are trolling in the U.S. academies for our top professors. Previously the U.S. was the recipient of the world’s most talented, profiting from the brain drain of other nations. Now, the U.S. is being drained.”

Tour and Rabiei both testified that funding limitations had driven down success rates in obtaining grants, leading to more time spent on applications. Tour felt the resulting frustration was another factor pushing researchers to leave the country.

Aside from funding, witnesses also stressed the importance of commercialization and identified policy changes that would help bring products to market. Weyant remarked that his company has existed for over four decades and navigated various changes in the advanced composites industry but that competition is now increasing. He said,

Nearly every key development in our industry since its inception began in the United States. However, the committee should be aware that other countries have accelerated research and commercialization in an effort to gain market dominance. Policymakers should ensure that disruptive domestic technologies like ours have a framework and an environment to encourage their continued advancement and adoption, including supporting institutions such as the advanced manufacturing institutes.

Weyant also suggested that the government has an important role to play in helping industries develop technical standards for advanced materials.

Tour noted that the market for graphene is still nascent, totaling only tens of millions of dollars in annual revenue. While mass production will be important, he said the greatest value will be found in bringing sophisticated and novel applications to market. He suggested reducing commercial tax rates to 15 percent to encourage new companies to locate in the U.S., noting he had located his startups in Israel on advice from his accountants.

In the biomedical area, Murphy pointed the need for improvements in the regulatory process. He approved of provisions in the new 21st Century Cures Act that provide for “an accelerated pathway for tissue and cell-based therapies,” noting that European regulators have established a dedicated pathway for advanced medicinal therapies. He stressed that, on top of speed, procedural clarity is also crucial, saying that even U.S.-based companies would begin to conduct clinical trials in other countries because the clinical trial process is more straightforward there.

Last week’s hearing took place on the eve of the release of the Trump administration’s budget blueprint. In their opening statements, both Pallone and Matsui referred to the administration’s announcement that it would seek $54 billion in cuts to non-defense discretionary funding as a threat to national competitiveness. However, the exact implications of Trump’s budget for S&T policy would not become fully apparent until the following day.

The blueprint targets the Department of Energy Office of Science, which houses DOE’s Materials Science and Engineering Division, for a 17 percent cut. It also proposes eliminating $124 million in federal funding for the Manufacturing Extension Partnership program at the National Institute of Standards and Technology, which builds public–private partnerships with small and medium-sized manufacturers. Although the blueprint does not mention defense research programs specifically, DOD is in line for a funding increase of $52 billion.

Other relevant research grant programs receive no direct mention, but will likely also be targeted for cuts. Based on the language in the blueprint, the administration appears generally reticent to fund technology-development and commercialization programs that it regards as the responsibility of the private sector.