Mike Griffin has been selected to become the first under secretary of defense for research and engineering since 1986. Griffin was NASA administrator from 2005 to 2009 and has extensive experience in government and private industry. If confirmed, he will be tasked with instilling the Defense Department’s science and technology activities with a more innovative, risk-tolerant culture.

President Trump announced his intention on Oct. 27 to nominate Mike Griffin to be principal deputy under secretary of defense for acquisition, technology, and logistics. Griffin would hold the job temporarily before transitioning into the newly created role of under secretary of defense (USD) for research and engineering (R&E). Last year, Congress directed DOD to establish the position with Feb. 1, 2018, as the deadline for implementation.

Griffin has a deep background in aerospace science and engineering, and has held top-level administrative positions in both government and industry. He is best known for serving as NASA administrator under President George W. Bush. If confirmed, Congress and the department will be looking to Griffin to foster a more ambitious and agile culture of defense innovation. 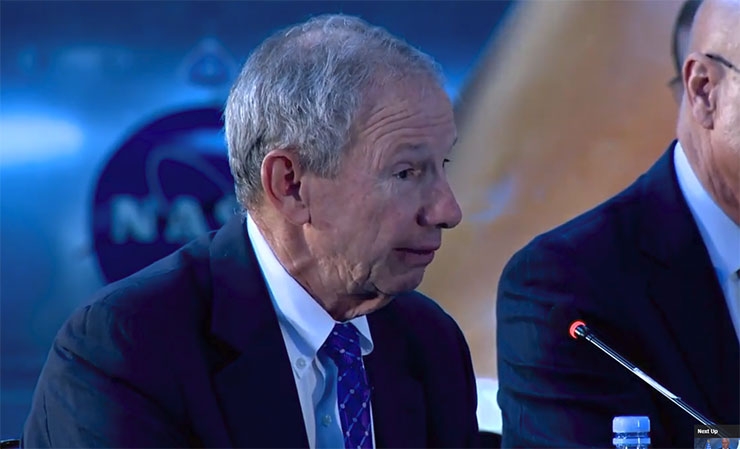 Griffin’s first job after receiving his Ph.D. was as a supervisor in the Control Systems Design Group at the Jet Propulsion Laboratory in Pasadena, California. In 1979, he returned to Maryland to work in the Space Department at the Johns Hopkins University Applied Physics Laboratory (JHU-APL). He went back to the West Coast in 1986, working for one year as director of vehicle systems and integration at the American Rocket Company in Camarillo, California.

In 1987, Griffin joined the Strategic Defense Initiative, the Reagan administration’s anti-ballistic missile program, and became its deputy for technology in 1989. He then joined NASA in 1991 as head of its human exploration program, as the agency was planning the International Space Station. He was NASA’s chief engineer from 1993 to 1994. Griffin then moved into senior management positions in the space industry, beginning with a one-year stint at Space Industries International in Houston, Texas. He worked at Orbital Sciences Corporation in northern Virginia for seven years, including as CEO from 2000 to 2001.

From 2001 to 2002, Griffin was a private consultant in the aerospace industry. From 2002 to 2004, he served as president and chief operating officer of In-Q-Tel, a Central Intelligence Agency-funded nonprofit venture capital firm. He returned to JHU-APL as the head of its Space Department from 2004 until 2005, when Bush nominated him to be NASA administrator.

At that time, NASA was still coping with the 2003 Columbia space shuttle disaster and was under pressure to develop a stronger vision for the agency’s future. Griffin, already an advocate for a more ambitious space strategy, made it his priority. In September 2005, he unveiled the equipment architecture that would be known as the Constellation program, which he described as the Apollo program “on steroids.” The immediate objective would be to return humans to the moon by 2020 as well as to provide other spaceflight services following the retirement of the shuttle.

Griffin had hoped to remain as NASA administrator after the 2008 presidential election but the Obama administration did not retain him. Instead, it chose to cancel Constellation and to abandon the return to the moon, claiming the goal could not be met under any reasonable budget. Griffin has been sharply critical of the move, telling the House Science Committee as recently as last year that it was poorly reasoned, disruptive to NASA, and detrimental to U.S. leadership in space.

After leaving NASA, Griffin took an academic position at the University of Alabama, Huntsville, and in 2012 became CEO of the Schafer Corporation, a technology services firm specializing in the aerospace and national security sectors. Griffin stepped aside from the company earlier this year after it was sold to another firm. 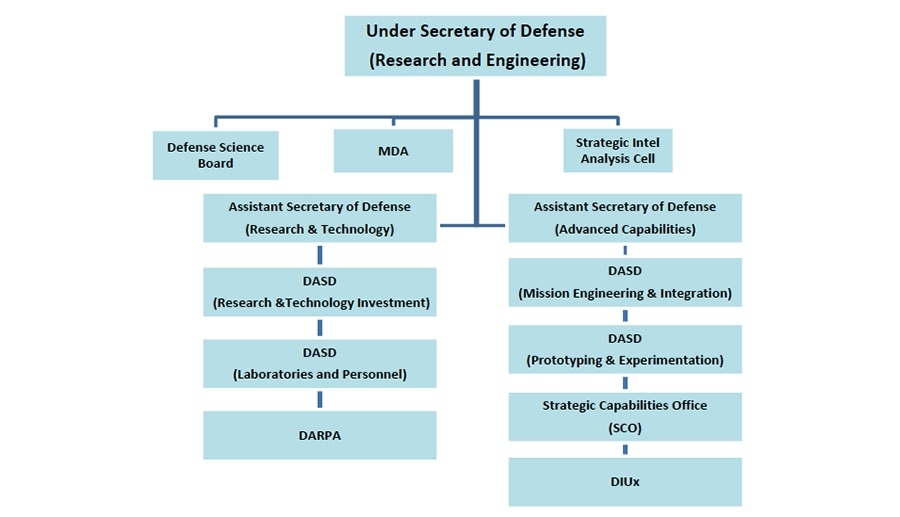 As USD(R&E), Griffin would have two main focuses, reflected in DOD’s proposed organization of his office. The first is administering the portfolio currently overseen by the assistant secretary of defense for R&E, which spans from basic research to technology development. DOD has not yet detailed over what fraction of its $70 billion Research, Development, Test, and Evaluation budget the USD(R&E) will have authority.

As NASA administrator, Griffin oversaw a $17 billion agency, which included a scientific research portfolio of over $5 billion. Many of his non-NASA positions have entailed defense-oriented R&D, including his most recent job as CEO of Schafer Corporation, which undertook work in directed energy weaponry among other areas.

The other focus is fostering “advanced capabilities,” entailing a series of efforts associated with DOD’s Third Offset Strategy, which aims to quicken the movement of game-changing combat technologies from development into acquisition. Of note, one of the department’s experimental initiatives along these lines is a partnership with In-Q-Tel — the venture capital firm that Griffin formerly led — to fund defense-oriented startups.

Congress, meanwhile, is anticipating that the new USD position will instill a more innovative, risk-taking culture across all of DOD’s R&E activities. Last year, DOD leadership rejected this idea, arguing that it would be unwise to sever R&E from acquisitions. Congress insisted, though, that any resulting tensions could be “mitigated through effective leadership and management.” It noted it would expect the new USD to “have the stature and resources to drive innovation throughout the Department.”

As a former NASA administrator, Griffin will bring significant stature to the new USD role, and he seems committed to keeping R&E linked to acquisitions. Just last week, he discussed the need to increase the pace and risk-tolerance of the acquisitions process at the American Astronautical Society’s Von Braun Symposium in Huntsville, Alabama. Speaking of the government as a whole, he remarked, “We take far longer to buy things that we need on behalf of the taxpayers, and we spend more money trying to prevent a mistake than the cost of the mistake.”

Finally, Griffin would bring with him decades of experience in the space sector at a time when military space technology is receiving significant attention, with the House going so far as to propose the creation of a new Space Corps. Regardless of whether that plan goes forward, DOD will be facing a host of issues relating to future space-based capabilities for communications, surveillance, weather forecasting, and geolocation, not to mention the defense of U.S. space assets. Last month, Griffin spoke on national security issues in space at the first meeting of the recently revived National Space Council.

Griffin’s nomination will be considered by the Senate Armed Services Committee, though his hearing has not yet been scheduled. So far, there are no indications that his confirmation will encounter any obstacles.