This week, the House Science Committee held a hearing to discuss new developments in the field of astrobiology, a favorite subject of Committee Chair Lamar Smith (R-TX). Committee members praised work in the field and agreed with the witnesses’ appraisal of its popular appeal and inherent importance. 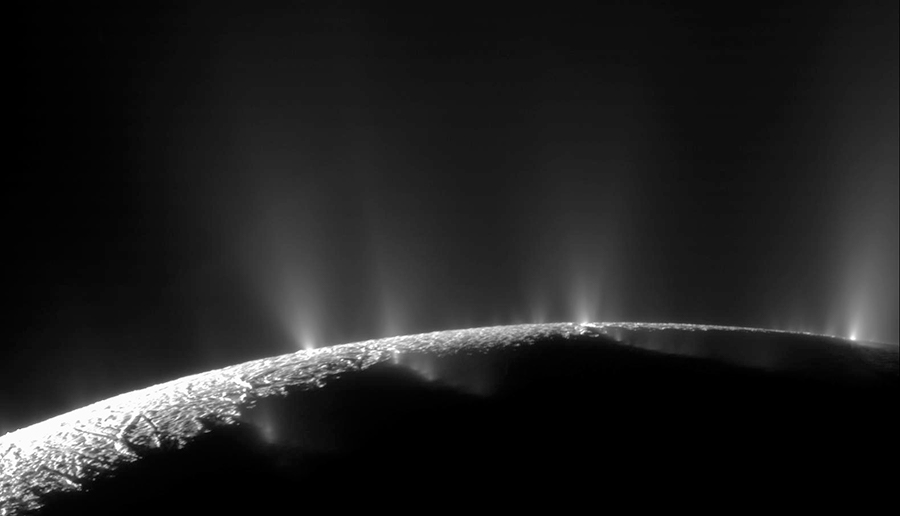 Plumes of water vapor emanating from cracks in the icy surface of Saturn’s moon Enceladus. Analyzing the plumes, the Cassini probe orbiting Saturn found they contain hydrogen gas, which could indicate the presence of a subsurface environment capable of fostering life.

On April 26, the House Science Committee held a full committee hearing to examine progress in the field of astrobiology. Testifying were Thomas Zurbuchen, the head of NASA’s Science Mission Directorate; Adam Burgasser, the director of the UCSD Center for Astrophysics and Space Science; James Kasting, a Penn State University geosciences professor; and Seth Shostak, a senior astronomer at the SETI Institute.

The hearing represented a respite from the fractiousness marking much of the committee’s recent business, and it was well attended in spite of ongoing negotiations related to the looming budget deadline and healthcare reform. Introducing the witnesses, Committee Chair Lamar Smith (R-TX) told them, “You’re the happy recipients of not only great attendance but great interest as well,” and he joked, “Let me just say ahead of time that our hearings are always this bipartisan.”

For Smith, astrobiology is a longstanding interest. He previously held a hearing on the subject in 2013, his first year as committee chair. He also championed the provision in the NASA Transition Authorization Act, signed by President Trump on March 21, officially designating the search for life beyond Earth as one of the agency’s institutional objectives.

At this week’s hearing, Smith briefly elaborated on his history with the subject, recognizing Shostak for kindling his interest in the search for extraterrestrial intelligence some two decades ago during a nighttime visit to the Arecibo radio telescope in Puerto Rico.

The hearing, though, focused primarily on very recent developments. In his opening statement, Zurbuchen reviewed the importance of discoveries of plumes of water vapor emanating from Saturn’s moon Enceladus and Jupiter’s moon Europa, which corroborate the suspected existence of subsurface oceans. He emphasized the importance of the recent discovery of hydrogen in Enceladus’ plume by the Cassini probe, suggesting the possible presence of a “life-enabling energy source.” 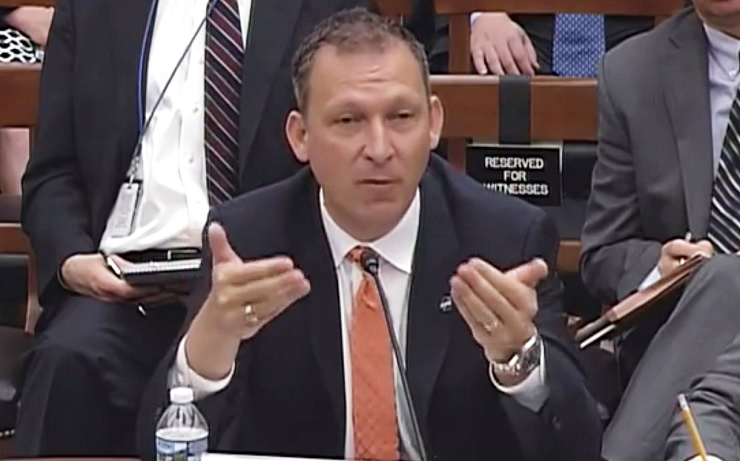 Thomas Zurbuchen, the head of NASA’s Science Mission Directorate, discussing advances and challenges in the search for life beyond the Earth.

Zurbuchen also pointed to discoveries of new exoplanets beyond the solar system, and in particular to the recent announcement of seven Earth-sized planets in the TRAPPIST-1 system about 40 light-years away. He remarked that the James Webb Space Telescope, scheduled for launch late next year, will permit the detection of “the chemical fingerprints of water, methane, organics, and other important molecules that really are related, we believe, to life.” And he concluded by remarking,

With all this activity related to the search for life in so many different areas, we are on the verge of one of the most profound discoveries ever.

Discussing the value of searching for life beyond the Earth, committee members and the witnesses returned repeatedly to its inherent value. In his opening remarks, Smith reflected,

It is human nature to seek out the unknown and to discover more about the universe around us. Many Americans often gaze into the beauty of the night sky in awe. We rightfully wonder if there is life beyond our pale blue dot.

There was, moreover, general agreement of the importance of the search as something that engages the attention of the general public. Rep. Jerry McNerney (D-CA), who holds a Ph.D. in mathematics, told the witnesses, “You all have the ability to really capture the American people’s imagination and attention and we need that now. We need people to be enthusiastic about science.”

Later, Burgasser made the case that the popularity of astrobiology has benefits for other fields and ultimately the nation, saying, “I think we have to listen to our citizenry and understand that these are questions that excite, inspire, and drive interest not just in astronomy but across STEM fields and keep us competitive on the world stage.”

While the witnesses were eager to discuss the inherent importance of astrobiology, a question by Rep. Bill Posey (R-FL) about spin-off technology left them somewhat flat-footed. Zurbuchen mentioned applications of mirror technologies used in advanced telescopes and promised to follow up with additional examples. Kasting simply replied he was unaware of any near-term applications, and quickly returned to the idea, which he credited to MIT astronomer Sara Seager, that the search for life represents a “second Copernican revolution,” meaning the discovery of extraterrestrial life would do nothing less than alter humans’ conception of their place in the universe.

While the hearing remained consistently friendly in tone, committee Democrats did take pains to stress that progress in astrobiology has relied heavily on more earthbound sciences. In her opening statement, the committee’s ranking member, Rep. Eddie Bernice Johnson (D-TX), remarked,

The search for life truly is an interdisciplinary endeavor that draws on expertise in core science disciplines like biology, geology, chemistry, physics, and astronomy. The strength of these core disciplines is central to making maximum progress in the search for life beyond Earth, and that’s why we need to be committed to keeping America’s research enterprise strong. We need to continue to invest as a nation in research and development, not cut back.

Johnson and the committee’s Democrats have previously resisted committee Republicans’ efforts to decrease the emphasis on Earth science in NASA’s science portfolio, and have expressed alarm at the Trump administration’s plans to significantly reduce spending on many federal science programs.

Closing the hearing, Smith acknowledged the administration’s desire to cut many agencies’ budgets but emphasized that NASA was not so targeted. He concluded,

So, we have an administration, I think, and a Congress who is very interested in space and what’s out there.