The 2018 midterm election’s immediate effects on federal science policy will manifest primarily through changes in the composition of congressional committees, with the Democratic takeover of the House bringing new leadership to science policy and spending panels.

The 2018 midterm elections mark a return to divided government in Washington, with Democrats securing control of the House for the first time since 2010. Meanwhile, Republicans will add up to three seats to their current one-seat majority in the Senate.

Among the election’s most immediate consequences for science policy will be the handover of House committee leadership positions to Democrats at the start of the 116th Congress, which begins Jan. 3. Although the parties’ leaders of key science policy and appropriations panels will likely not be determined until weeks into the new year, there are clear frontrunners for certain positions and some influential members are retiring or were defeated.

Further consequences will emerge in time as the broader political dynamics within Congress — and between Congress and the Trump administration — become clearer. For instance, funding for science is more likely to hinge on negotiations over the federal budget than on lawmakers’ views of science. The progress of other legislation will depend on the ability of Democrats and Republicans to reach bipartisan agreements in a politically volatile environment.

Perhaps the most significant benefit of the election for congressional Democrats is that they can now wield their committees’ oversight powers to conduct investigations of the Trump administration. Democrats have not yet announced any science-related investigations, though it is likely they will probe certain controversial issues such as the treatment of science at the Environmental Protection Agency.

Democrats will also have greater influence over spending priorities, although the effects will likely not be dramatic. Since in recent years neither party has had the 60 votes needed to bypass legislative filibusters in the Senate, appropriations legislation already requires substantial bipartisan compromise. In any case, both parties have been broadly supportive of science funding, though Democrats could now try to push harder for additional funding in areas they prioritize, such as Earth science and renewable energy R&D.

The overall scale of science funding is likely to largely depend on what spending caps will be in place when the current agreement to raise them expires in fiscal year 2020. It is unclear how the election results will influence the outcome of those high-level negotiations, which are apt to become entwined with any number of divisive issues, such as immigration, health care, and the size of the military.

Meanwhile, with its expanded Senate majority, Republicans will have a more comfortable margin for confirming presidential appointees. However, most science agency leadership positions have now been filled and most pending science nominees are uncontroversial.

House Science Committee gets a shakeup 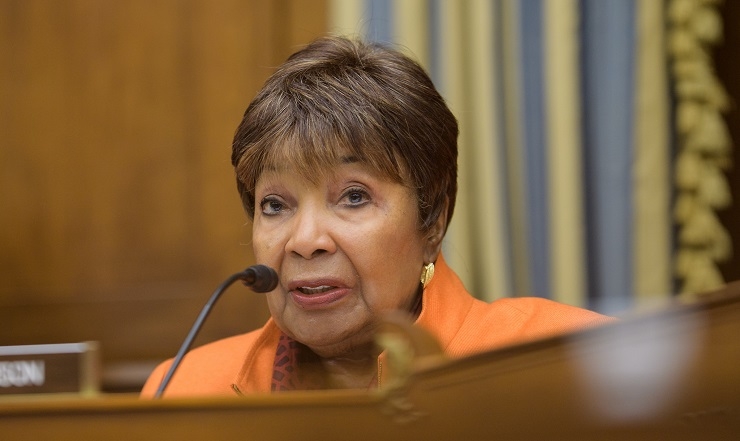 The election will have major consequences for the House Science, Space, and Technology Committee, which has recently been Congress’ most prominent forum for science policy debate and legislation. The current ranking member, Rep. Eddie Bernice Johnson (D-TX), has issued a statement indicating she will seek to be committee chair when the new Congress convenes.

Johnson also stated she plans to work in a bipartisan spirit and take up “neglected” oversight activities, and specifically identified a number of priorities:

Under its current Republican majority, the Science Committee has become a locus of controversy as its leaders have used it as a platform for challenging mainstream views on climate science. The committee has also sought to overhaul how EPA uses science in rulemaking. During the Obama administration, it made aggressive use of subpoenas to advance contentious parts of its agenda. In many media accounts, these activities have effectively become the public face of the committee.

Beyond the committee’s controversies, though, it has also advanced a steady stream of bipartisan legislation in support of federal research programs, STEM education, quantum information science, nuclear energy, and weather forecasting, among other items. Many current efforts are likely to continue under the new Democratic majority, though perhaps in some cases with different emphases.

Rep. Barbara Comstock (R-VA), who chairs the Research and Technology Subcommittee, has lost her reelection bid. Comstock has taken a leading role on issues such as advancing women in STEM fields and combating sexual harassment in science. As these are also priorities for committee Democrats, the new majority is likely to pick up the torch and advance its own initiatives, potentially with Republican support.

Another departing member is Rep. Randy Hultgren (R-IL), whose district encompasses Fermilab and is close to Argonne National Laboratory. He has been a vocal supporter of the Department of Energy's national laboratory system. Rep. Steve Knight (R-CA), an advocate for aerospace R&D, was also defeated.

Rep. Bill Foster (D-IL), a former Fermilab physicist whose district is next to Hultgren’s, easily won reelection. No Democratic members lost their reelection bids, but three are departing the committee for other reasons: Rep. Jackie Rosen (D-NV) won election to the Senate, while Reps. Elizabeth Esty (D-CT) and Colleen Hanabusa (D-HI) are retiring. In the Senate, Rosen, who has a background in computer programming, is apt to remain an active voice on STEM education and issues related to information technology. 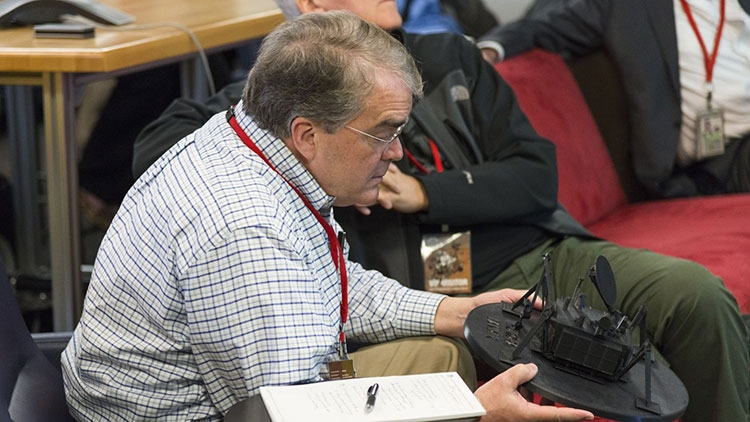 Rep. John Culberson (R-TX), who chairs the Commerce-Justice-Science Appropriations Subcommittee, lost his election in his Houston-area district. Culberson is an enthusiastic proponent of science and space exploration, and, since taking over as subcommittee chair in 2014, he has channeled years of funding increases to NASA, which has included adding nearly $800 million to the annual budget of the Planetary Science Division.

Culberson’s support for NASA has been driven largely by his conviction in the inherent value of its mission, and he has hoped that, with proper support, the agency will succeed in finding evidence of life beyond the Earth. Accordingly, he has secured funding in recent budget cycles to advance two missions to Jupiter’s moon Europa. However, Culberson’s enthusiasm for space research was turned against him by his Democratic opponent, who accused him of not paying enough attention to Earth-bound problems such as the flooding from Hurricane Harvey.

There is agreement in the government that the Europa Clipper, which will perform multiple flybys, should be supported. However, the Obama and Trump administrations have resisted Culberson’s push for a follow-on lander and an aggressive launch schedule for both missions. A recent National Academies report also noted that the lander mission has not been properly vetted as a priority by the scientific community. Even in the minority, Culberson might have been a forceful advocate for his priorities. In his absence, momentum behind the lander could dissipate, and the fate of the budget increases he has marshalled for NASA remains to be seen.

Culberson’s subcommittee also has jurisdiction over the National Science Foundation, National Oceanic and Atmospheric Administration, and National Institute of Standards and Technology. In general, Culberson has been favorably disposed to those agencies, though the subcommittee has recommended cuts to certain programs. However, Ranking Member José Serrano (D-NY) and other subcommittee Democrats have also spoken positively of the need to fund science agencies robustly.

Consequences are smaller in the Senate

There will be considerably less committee turnover in the Senate, although a few new faces will likely be in science leadership positions.

Commerce, Science, and Transportation Committee Chair John Thune (R-SD) has reached the end of a six-year term limit as chair and is in line for a leadership position in the Senate Republican conference. Sen. Roger Wicker (R-MS) is next in line to be chair of the committee, which oversees NASA, NSF, NOAA, and NIST. Sen. Ted Cruz (R-TX), who chairs the panel’s Space, Science, and Competitiveness Subcommittee, avoided an upset in his reelection race.

Sen. Bill Nelson (D-FL), the committee’s ranking member, currently trails Florida Governor Rick Scott by a narrow margin of votes, although Nelson has called for a recount. If he loses, Sen. Maria Cantwell (D-WA), could assume his role if she relinquishes her current position as ranking member of the Energy and Natural Resources Committee.

No chairs or ranking members of other important science panels lost reelection, although they may make bids to lead new committees.