A new National Academies report finds sexual harassment of women is pervasive in academia and is jeopardizing advances in gender equity in STEM fields. To address the issue, the report urges academic institutions to go beyond legal compliance and focus on changes in culture. 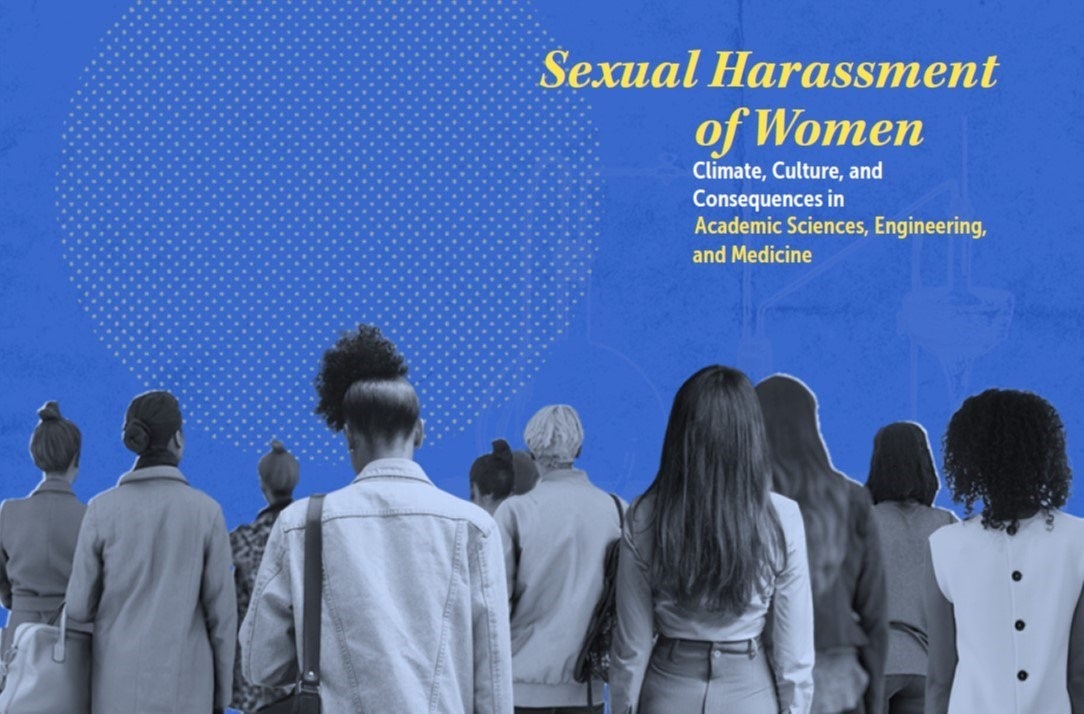 On June 12, the National Academies of Sciences, Engineering, and Medicine released an eagerly awaited report on the prevalence, nature, and impacts of sexual harassment at U.S. academic institutions.

Sexual harassment “has long been an open secret” in academia, said committee co-chair and MIT professor Sheila Widnall at the report’s release event. The report warns that sexual harassment is driving women from science careers and jeopardizes advances in closing the gender gap in STEM fields.

The report arrives against the backdrop of the national #MeToo movement, which has spurred federal action over the last year to tackle sexual harassment in the sciences.

The report cites workplace climate as the key predictor of sexual harassment and finds academic workplaces are commonly perceived as tolerant of these behaviors. The analyses cited in the report find more than half of all female faculty and staff at U.S. universities report having experienced harassment, with higher incidences reported for minority and other underrepresented women. 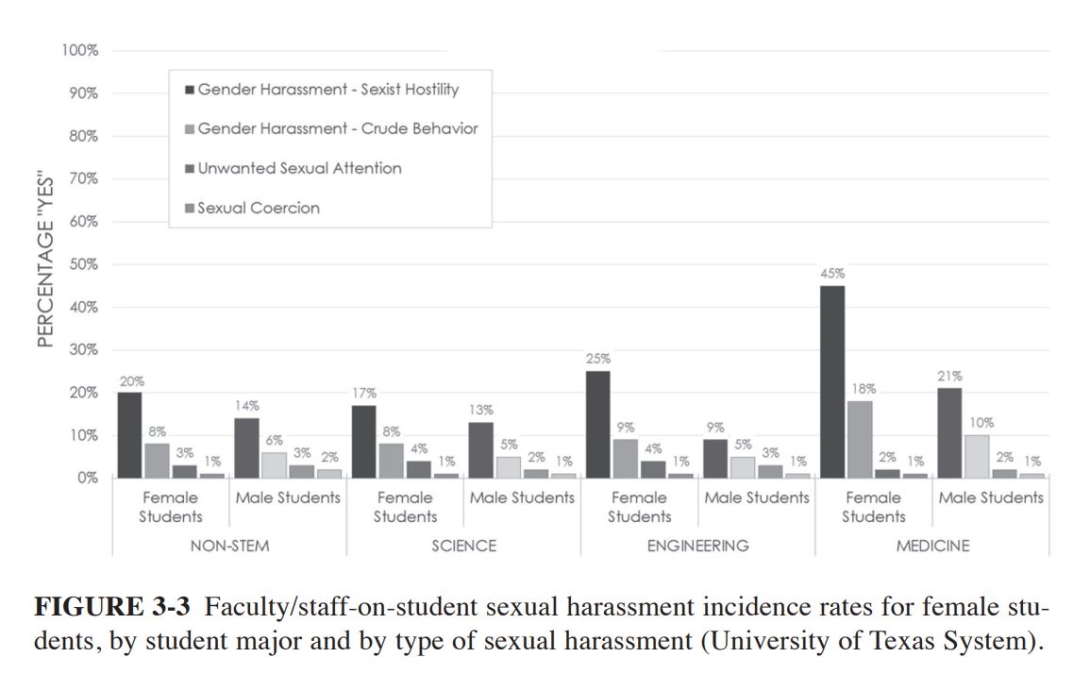 The report highlights several factors that increase the likelihood of women being targeted for sexual harassment in academic workplaces, including: a male-dominated environment, perception of institutional tolerance of inappropriate behavior, the hierarchical relationship between faculty and trainees, and the necessity of conducting research in isolated environments.

The report warns that the pervasiveness of sexual harassment in academia can have a significant impact on women’s careers. Interviews conducted with 40 female faculty members for the report highlighted examples of women stepping down from leadership opportunities, departing institutions, and leaving their careers altogether. At the report’s release event, committee member and University of Michigan professor Lilia Cortina remarked,

The cumulative effect of sexual harassment is significant damage to research integrity and a costly loss of talent in academic science, engineering, and medicine.

The report finds filing a formal report is the least likely response women take after experiencing sexual harassment, as many believe they may experience retaliation or another form of backlash. It also finds women in academic science often opt to remain silent due to factors such as dependence on male leaders or mentors for career advancement, the “system of meritocracy” not accounting for the physical and mental impacts of sexual harassment, and the prevalence of a “macho” culture in some disciplines.

The report finds institutions typically focus on complying with laws and avoiding liability instead of supporting victims of sexual harassment and addressing their complaints. Federal laws enacted to protect individuals at federally funded institutions, including Title VII and Title IX, have incentivized this behavior but fail to recognize that women are unlikely to make formal reports due to fears of retaliation, the report concludes.

At the release event, committee member and vice president for ethics, diversity, and inclusion at the American Geophysical Union Billy Williams stressed that “adherence to legal requirements is necessary, but not sufficient, to drive the change needed to address sexual harassment.”

Williams said institutions tightly focused on legal compliance are “likely to misjudge the true nature and scope of the problem,” pointing out many policies focus on sexualized and coercive forms of harassment and do not consider gender harassment. He said many cases of sexual harassment are not covered under current laws.

“The legal system alone is not an adequate mechanism for reducing or preventing sexual harassment,” the study committee concludes, calling for institutions to “move beyond legal compliance to address culture and climate.”

The report provides a series of recommendations for actions institutions can take to implement a change in culture, including improving the transparency and accountability of institutional reporting, diffusing the hierarchal relationship between faculty and trainees, and improving support for victims of sexual harassment.

It also urges institutions to consider sexual harassment a form of research misconduct, noting it violates at least three values identified by another National Academies panel as vital to research integrity. The study committee asserts that connecting harassment to integrity could provide further avenues for reporting bad behavior, concluding, “A powerful incentive for change may be missed if sexual harassment is not considered equally important as research misconduct in terms of its impact on the integrity of research.”

Another report recommendation emphasizes the role of scientific and professional societies as “powerful drivers of change" in academic culture. A number of societies have recently taken steps to address sexual harassment through updating their guidelines and policies, including the American Geophysical Union, American Astronomical Society, Geological Society of America, and Institute of Electrical and Electronics Engineering.

The report’s release also comes as the National Academies is considering how to address the issue of sexual harassment by its own members.

Membership in the National Academies is honorific and lasts for life. Recently, critics have assailed the Academies for not revoking the membership of several members who have been found guilty of sexual harassment. However, the National Academies have never implemented formal standards of conduct for their members, though last month their presidents issued a joint statement announcing they have “begun a dialogue” about establishing such standards.

National Academy of Sciences Executive Director Bruce Darling explained at the report release event that adding a code of conduct to the Academies’ bylaws would take up to two years to implement. “It's because of the complexity of that [process] that we're looking at a range of options short of elimination of membership,” he said.