The House Science Committee approved legislation this month dedicated to supporting rural students and educators, the latest in a series of bills it has advanced that aim to broaden participation of underrepresented groups in STEM fields. 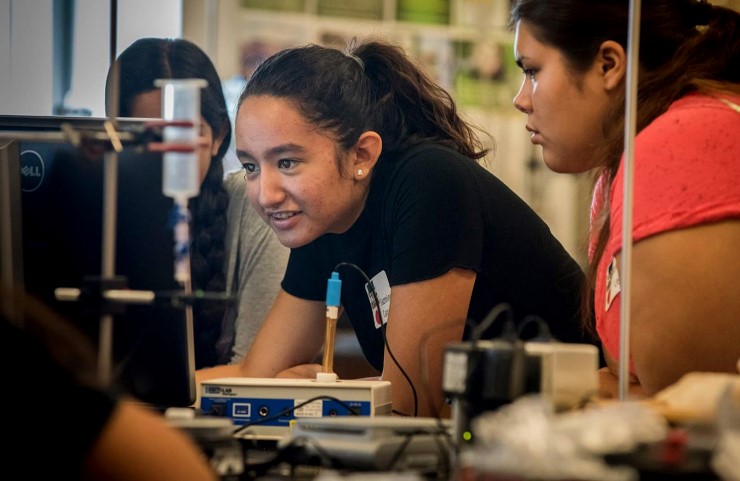 Expanding its legislative push to broaden the participation of underrepresented groups in STEM fields, this month the House Science Committee approved the Rural STEM Education Act. Introduced by Ranking Member Frank Lucas (R-OK), the bill would direct the National Science Foundation to support research on ways to improve the quality and accessibility of STEM instruction in rural schools, including through online coursework. It would also create an interagency working group focused on increasing broadband internet access in rural areas.

The bill is the latest in a series that Lucas and Committee Chair Eddie Bernice Johnson (D-TX) have co-sponsored this Congress that focus on broadening participation. In September, the committee approved the Minority Serving Institution STEM Achievement Act and the full House passed the STEM Opportunities Act, which focuses on women and other underrepresented groups generally.

Speaking about the bill at a committee meeting this month, Lucas remarked, “I believe rural areas represent one of the greatest, yet underutilized, opportunities for STEM education to enhance the United States’ future STEM workforce.”

“Over nine million students in the United States – nearly 20 percent of the total K through 12 population – attend rural schools. In Oklahoma that number is even higher – one-third of our students attend rural schools,” he said. “These students face a number of barriers to accessing high-quality STEM learning, including a shortage of trained science and math teachers, single teachers teaching multiple grade levels, a lack of access to advanced STEM courses, and few local university and industry partners.”

Among its provisions, the bill recommends NSF spend $8 million annually over the next five years to support curriculum development and training for STEM educators. In addition, it authorizes the agency to establish a pilot “regional cohort” program that would provide “peer support, mentoring, and hands-on research experiences for rural STEM educators of students in grades Pre–K through 12, in order to build an ecosystem of cooperation among educators, researchers, academia, and local industry.”

The bill also recommends NSF spend $12 million annually over the next five years to support research on the barriers faced by rural students in accessing high-quality STEM education. To better leverage online education opportunities, it further directs NSF to support research on ways to integrate online coursework into STEM instruction in rural schools and includes separate provisions that promote access to broadband internet.

Bundle of STEM diversity bills in the pipeline

The Rural STEM Education Act now awaits a vote by the full House along with the Minority Serving Institution (MSI) STEM Achievement Act, which was introduced by Johnson. That bill would direct NSF to support research on the contributions of MSIs to the STEM workforce and award grants that help build their research capacity and competitiveness.

According to an estimate by the Congressional Budget Office, NSF allocated $156 million for these purposes in 2019, and the bill recommends the agency ramp up that amount to $190 million by fiscal year 2024. Among its other provisions, the bill would direct federal agencies to develop a strategic plan for helping MSI’s better compete for federal research dollars.

Meanwhile, the STEM Opportunities Act is now awaiting action in the Senate. Sen. Mazie Hirono (D-HI) and ten other Democrats introduced a version of the bill in September and it has been referred to the Health, Education, Labor, and Pensions Committee.

Beyond directing NSF to support research on various facets of broadening participation in STEM fields, the bill also aims to substantially expand collection and analysis of demographic data about federal grant applicants.

Agencies with annual R&D budgets greater than $100 million would be required to collect such data in a uniform format and submit it to NSF, which would produce summary statistics. In a report on the bill, the committee explains this information “will help to identify any inequities in the merit-review process and inform interventions to address such inequities.”

The Congressional Budget Office estimates that implementing this provision would cost $69 million over the coming five years. Of that amount, it estimates NSF would need to spend $8 million annually to support additional employees and database maintenance.

Speaking on the floor prior to the bill’s passage by the House, Johnson noted she has been working for over a decade to gain support for the legislation. She said a 2007 National Academies study on the underrepresentation of women in science and engineering spurred her to introduce the first version of the bill, which she has since expanded to encompass other underrepresented groups.

“This bill has been a long time coming,” she said.