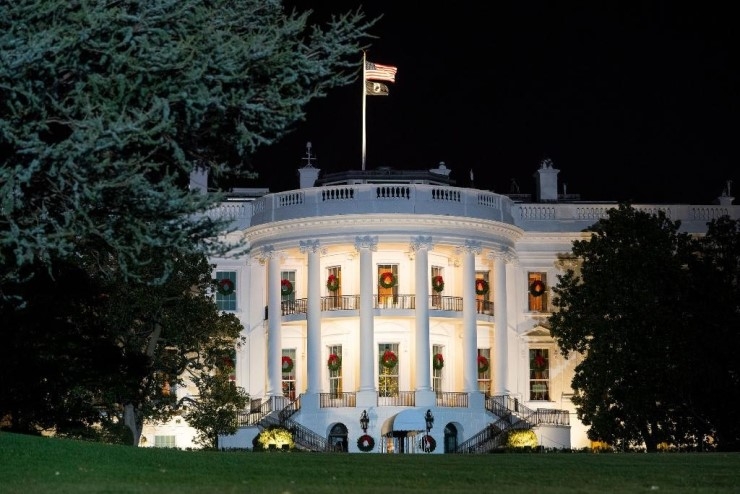 The White House is considering issuing an executive order that would mandate immediate free access to all published federally funded research, according to administration and scientific publishing officials. They say that at least two rounds of interagency reviews of the order have occurred, but there has been no word on when or whether it will be issued.

The White House Office of Science and Technology Policy would neither confirm nor deny that an executive order on open access for scientific literature is under review. “We do not comment on internal deliberative processes that may or may not be happening,” OSTP spokesperson Kristina Baum said in a statement. She added that U.S. science agencies continue to operate under the open access policy developed by the Obama administration in 2013, which requires free access to the results of federally funded research no later than one year after publication. The federal government was the source of 44% of basic research funding in the U.S. in 2015, according to the National Science Board’s latest Science and Engineering Indicators report.

A zero-embargo requirement would upend the scientific publishing business, the vast majority of which derives its revenues from institutional subscriptions to journals. A small but growing number of journals use an open access publishing model, in which authors pay the costs, known as article processing charges, to publish their results and make them immediately available for free.

Many scientific societies, including the American Institute of Physics, which publishes FYI and Physics Today, derive the bulk of their revenues from their journal publishing operations. Those funds help pay for other functions the societies perform, such as issuing magazines and newsletters, offering education and outreach programs, and sponsoring awards and conferences.

Multiple groups of publishers sent letters to the White House on Wednesday expressing alarm and imploring reconsideration of the executive order. One letter was signed by 62 scientific, engineering, and medical societies, including the American Physical Society, American Astronomical Society, Optical Society, and other physical sciences organizations. The signees told Trump that they “support open access and have a strong history of advancing open access through a broad array of operational models.” The current 12 month embargo period, they wrote, provides “the financial stability that enables us to support peer review that ensures the quality and integrity of the research enterprise.” Many of the same organizations joined in on another letter, organized by the Association of American Publishers, that has more than 135 signatories.

A third letter, addressed to OSTP from Ian Moss, CEO of the International Association of Scientific, Technical, and Medical Publishers, said the proposed order runs counter to the Trump administration’s goals across the government. For example, Moss stated, “it could undermine [OSTP’s] efforts to improve rigor and replicability of research, reduce administrative burdens, and partner with the private sector in the advancement of research.”

Sen. Thom Tillis (R-NC) also called for reconsideration of the order. He warned Commerce Secretary Wilbur Ross and acting White House Chief of Staff Mick Mulvaney in a Dec. 12 letter that the proposed action could jeopardize 40,000 jobs in the publishing industry.

“As chair of the Intellectual Property Subcommittee of the Senate Judiciary Committee, I would be happy to work with you and others to ensure that the public is provided access to the results of federally funded research in a timely manner while also ensuring that the rights of scientific researchers and the publishing community are respected,” Tillis wrote.

But the Scholarly Publishing and Academic Resources Coalition, an open access advocacy organization representing more than 200 academic and research libraries, would welcome the proposed order, according to executive director Heather Joseph. “We wholeheartedly endorse updating current policy and eliminating the unnecessary 12 month waiting period for the public to gain access to the outputs of taxpayer-funded scientific research, including data, articles, and the supporting computer code,” Joseph said in a statement.

The proposed order comes as a group of European science funding agencies and large philanthropies are preparing to institute a zero-embargo open access requirement for research they fund. That mandate, known as Plan S, is scheduled to take effect in 2021.

This article is adapted from a Dec. 19 post by Physics Today, which is also published by the American Institute of Physics.