University leaders across the U.S. are raising concerns that opaque changes to immigration procedures made under the Trump administration have resulted in significant visa processing delays, hurting their ability to attract and retain international students and scholars. 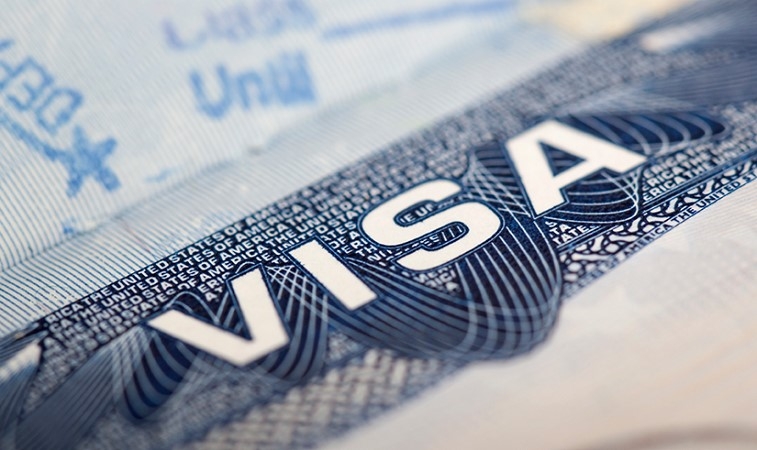 University leaders are calling on Congress and the Trump administration to address significantly increased delays and disruptions in visa processing for international students and scholars. Among their concerns are holdups in “administrative processing,” entailing additional background checks by the State Department. They have also called out delays impacting the H-1B visa and Optional Practical Training (OPT) programs, which are two of the main mechanisms that foreign STEM workers use to secure U.S. employment.

Universities argue that mounting uncertainty is hurting their ability to attract and retain international students and faculty. For its part, Congress has begun to take an interest in the issue, with lawmakers asking the Department of Homeland Security (DHS) to account for and ameliorate delays.

Harvard University President Larry Bacow is among the latest university leaders looking to draw attention to immigration problems. In a welcome message to arriving students on Sept. 3, he reported, “Various international students and scholars eager to establish lives here on our campus find themselves the subject of scrutiny and suspicion in the name of national security, and they are reconsidering the value of joining our community in the face of disruptions and delays.”

Bacow’s message came days after a Palestinian student bound for Harvard was initially denied entry to the U.S. after border officials scrutinized his social media accounts. The letter does not refer to the incident, but Bacow wrote that the university’s concerns have been building for months. He pointed to letters he sent to DHS and the State Department over the summer arguing visa delays were contributing to an “unpredictable and anxiety-ridden” situation for individuals from abroad. In those letters, he also flagged anxieties related to heightened scrutiny of individuals from a “few specific countries” over “science and security concerns.”

University leaders have become increasingly troubled about multifaceted federal efforts to crack down on allegedly exploitative research conduct encouraged by some foreign governments, particularly China’s. In the realm of visa policy, the State Department implemented new vetting procedures for Chinese nationals in 2018, and there have been anecdotal accounts of Chinese students and scholars becoming held up in the visa system.

State Department officials acknowledge Chinese applicants are being subjected to more scrutiny, while maintaining that the focus is on a small number of bad actors. In July, Marie Royce, who leads the department’s education bureau, said only a small fraction of Chinese student visa applications are rejected based on espionage concerns. She did not address reported administrative processing delays.

In a speech this week, Christopher Ford, who heads the department’s international security bureau, explained how enhanced visa vetting is part of the U.S. government’s reorientation toward a new period of “great power competition” with China. Given the Chinese government’s focus on “military-civil fusion,” he said, “it is one of the challenges of modern U.S. policy — as it should be for many countries around the world — to improve how we scrutinize the flow of students and researchers coming from China in order to weed out the occasional ‘bad apples’ who travel abroad to acquire technology for Beijing’s military machine and repressive domestic security apparatus.”

In addition to changes to visa reviews, university officials are also concerned about border screening measures of the kind that held up the Palestinian Harvard student. In another such case, nine Chinese undergraduate students bound for Arizona State University were denied entry at an airport in August. Though some initial media reports suggested the denials were based on allegations of “academic dishonesty,” ASU issued a statement on Sept. 3 indicating it has received no information from border officials on their reasoning. ASU President Michael Crow also sent letters to DHS and the State Department protesting the treatment of the students and requesting details on the nature of the new “standard procedures” apparently being used to screen international students upon arrival in the U.S.

Letters sent to Congress earlier this year by coalitions of universities offer further details on the extent and consequences of visa delays.

In May, 29 leaders of higher education institutions in New Jersey sent a letter to Congress concerning the “disturbing increase in the number — and length — of impediments put in the path of our international students, faculty, and staff.” The leaders of 30 universities and colleges in Michigan sent a similar letter to Congress in June.

Both letters emphasize the disruptiveness of the administrative processing delays at the State Department. They note applicants are “generally not provided with any explanations, nor are they told how long the additional processing may last.” The letters report that OPT processing times have increased from a previous maximum of 3 months to between 3.5 and 5.5 months, causing students to delay or miss employment opportunities. They also cite a “staggering” doubling in the number of Requests for Evidence (RFEs) by DHS relating to H1-B visas between the third and fourth quarters of fiscal year 2017.

The letters also cite a January policy brief by the American Immigration Lawyers Association that stated processing delays for all visas have reached a “crisis level” under the Trump administration. The association found the average case processing time by DHS has increased nearly 50% over the past two fiscal years and that the net backlog of cases had increased to about 2.3 million at the end of fiscal year 2017, more than double the previous year.

Congress has begun to take notice of the visa and immigration delays. More than 80 House Democrats sent a letter in February to U.S. Citizenship and Immigration Services (USCIS), an arm of DHS, about a variety of immigration policy changes. Among its demands, the letter asks the agency to reduce its backlog of immigration cases. A bipartisan group of senators also sent a letter to USCIS in May raising concerns about processing delays for employment visas specifically.

Replying to the House letter, USCIS stated that backlogs are “not a new phenomenon” and attributed the current buildup to various factors, including staffing challenges and technology changes. USCIS officials cited similar reasons at a House Judiciary Committee hearing this summer on visa delays.

At that same hearing, Immigration and Citizenship Subcommittee Chair Zoe Lofgren (D-CA), whose district includes parts of Silicon Valley, asked specifically about delays for the OPT program and the additional RFEs issued for H-1B visa applicants from technology companies. “People are just feeling jerked around for lack of a better term, and what we have got are Canadian recruiters coming into American tech centers and luring people away,” Lofgren said.

USCIS official Donald Neufeld replied that recent policy changes affecting H-1B visas require the agency to retrain its workers and educate the public about the new requirements. “Usually over time as the public becomes familiar with what the requirements are and as our adjudicators become more proficient then we usually will see that the impact of those changes do become more stable,” he said. The Government Accountability Office has been asked by the Congressional Hispanic Caucus to look into the causes of these delays at USCIS and expects to begin working on its report later this year.

In advance of the hearing, a set of university associations reiterated their concerns about the impacts of visa processing delays, partly attributing a recent drop in international student enrollment at U.S. institutions to uncertainties in the visa process. They cited recent reports from the Council of Graduate Schools and Institute of International Education that found new enrollments of international students in undergraduate and graduate programs has declined in the past two years.