Mounting efforts by U.S. lawmakers and agencies to prevent federally funded research from being exploited by foreign governments have elicited increasing pushback from university leaders. 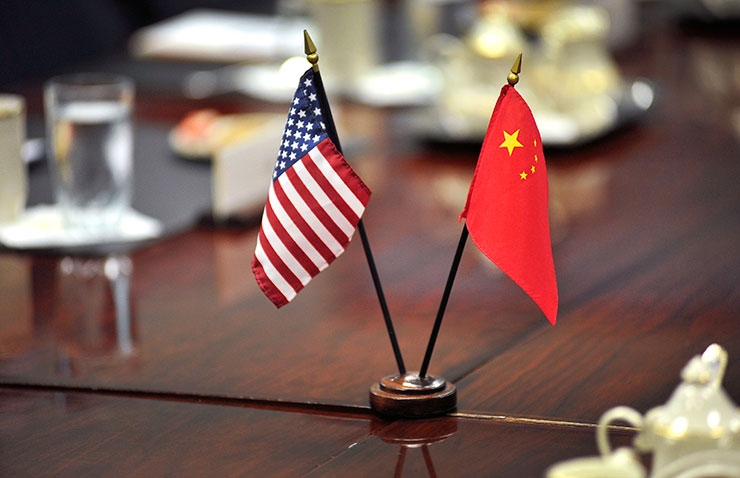 Lawmakers have been developing proposals throughout this year to respond to the allegedly systematic misappropriation of U.S. research and technology by the Chinese government and other rival nations. Backers of some of these proposals are currently vying to include them in the National Defense Authorization Act (NDAA), major defense policy legislation that Congress by tradition passes annually.

One proposal that has broad support from higher education associations and scientific societies would establish mechanisms to facilitate dialogue between security agencies and the scientific community. Other proposals would require the government to compile lists of foreign research institutions that it believes pose an espionage risk. Still other, more aggressive measures have been floated in Congress but are not presently close to becoming law, such as increasing the vetting of research grantees.

University leaders have warned that such vetting measures could stifle international collaboration and weaken the U.S. research enterprise. Some have also expressed skepticism about the severity of the threats identified by the government and have warned that concerns are proliferating about discrimination against Chinese and Chinese American researchers.

This year’s NDAA is now approaching the legislative finish line. The Senate and House have approved their respective versions of the bill and a conference committee will soon convene to iron out a final version.

Included in the House version is the Securing American Science and Technology Act (SASTA), a bipartisan measure that would create an interagency committee dedicated to coordinating policies for guarding against “foreign interference, cyberattacks, theft, or espionage.” It would also charter a National Academies roundtable designed to increase dialogue around balancing security measures with the benefits of openness in science. (Multiple AIP Member Societies have endorsed the bill.)

University leaders have pointed to SASTA as an alternative to more aggressive policies. Association of American Universities President Mary Sue Coleman published an op-ed in Science yesterday backing SASTA and explaining her opposition to another measure, the Protect Our Universities Act, which would require students from China, Russia, and Iran to receive approval from the government to work on “sensitive” research projects.

Coleman argued that creating a new category of sensitive research goes against the core principles of a longstanding presidential directive, known as NSDD 189, which states that fundamental research should generally not be restricted and that classification is the appropriate mechanism for controlling sensitive research. AAU has separately argued that security agencies have not “clearly identified” the threat posed by foreign students and that the Protect Our Universities Act would discourage researchers from working in the U.S.

The act’s sponsors, Rep. Jim Banks (R-IN) and Sen. Josh Hawley (R-MO), were unsuccessful in attempts to attach it to the NDAA via amendments. However, Banks was able to attach language to the House Armed Services Committee’s report on the House version, instructing the Director of National Intelligence to maintain a list of foreign entities that “pose a threat of espionage with respect to critical technologies or research projects, including research conducted at institutions of higher education.”

Rep. Mike Gallagher (R-WI) also added language to the same report directing the Department of Defense to produce a list of academic institutions in China and Russia that “have a history of improper technology transfer, intellectual property theft, cyber espionage, or operate under the direction of their respective armed forces or intelligence agencies.” It asserts those nations have worked to “exploit and benefit from the open and collaborative global research environment created by [NSDD 189].”

The Senate version of the NDAA includes similar reporting requirements. One, for instance, would direct DOD to produce a list of academic institutions in China and Russia that are known to conceal connections to defense programs or that “pose a serious risk of intangible transfers of defense or engineering technology and research.”

Outside the NDAA legislative process, the Senate Intelligence Committee has sought to raise awareness about security concerns associated with Chinese students and researchers, in parallel with similar efforts by the FBI and other agencies.

Committee Vice Chair Mark Warner (D-VA) has described in recent speeches how he has held private briefings with university and industry leaders along with a Republican senator, typically Committee Chair Richard Burr (R-NC) or Sen. Marco Rubio (R-FL). Warner and Rubio have also sponsored legislation that would establish a new White House office charged with spearheading federal efforts to prevent the transfer of “critical emerging, foundational, and dual-use technologies” to countries of concern.

In a speech at the Brookings Institution in May, Warner said there has been a “dramatic” increase in Chinese spy services working to “weaponize” students by “literally threatening their families if they don’t come home after they have done that advanced research degree in the United States or elsewhere in the West and come home with intellectual property.” He said this and other factors influencing students’ decisions to return to China present “a very challenging and potentially uncomfortable conversation to have with American universities.”

Burr raised related points in an interview with the New York Times in February, saying he is worried about “the fictitious effort to be educated in America — work for 10 years — with the full intent to bring back to China everything you can learn, store, or steal.” Given the difficulty in discerning bad actors, Burr predicted the U.S. would sharply reduce visas for Chinese students and said he has warned universities in his state to expect the numbers of Chinese students to drop. He remarked,

You are talking about cutting off the honey pot revenue stream of every academic institution in this country. But this is about being honest and conveying the risk and the reward.

Racial profiling fears on the rise 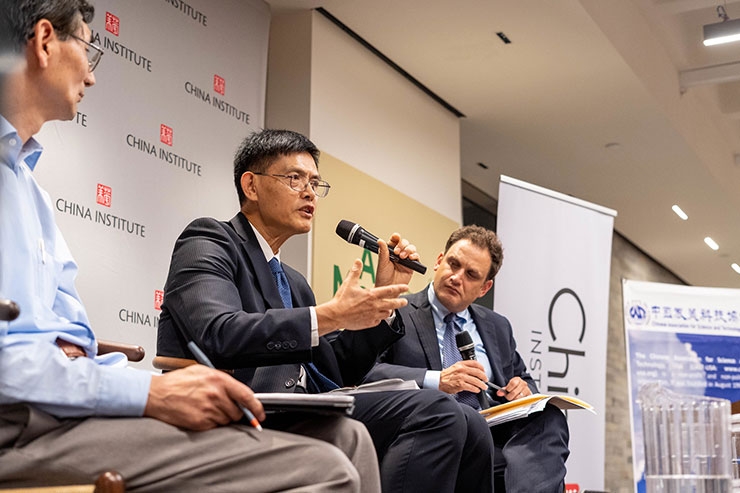 Temple University physics professor Xiaoxing Xi speaking at an event in June on “the perils of being a Chinese scientist in the U.S.” (Image credit – China Institute)

Lawmakers and federal officials broadly agree that security considerations must be balanced against the benefits of international scientific exchange. Nonetheless, concerns have grown that Chinese and Chinese American researchers have been increasingly subjected to unfair scrutiny. A number of presidents of major American universities have written letters to their communities, expressing dismay over the treatment of Chinese scholars. On June 25, MIT President Rafael Reif wrote,

Looking at cases across the nation, small numbers of researchers of Chinese background may indeed have acted in bad faith, but they are the exception and very far from the rule. Yet faculty members, post-docs, research staff, and students tell me that, in their dealings with federal agencies, they now feel unfairly scrutinized, stigmatized, and on edge — because of their Chinese ethnicity alone.

Chinese American citizens and associations have also drawn attention to the consequences of the U.S. government’s policies and actions. At an event in June, Temple University physics professor Xiaoxing Xi described his experience of being arrested by the FBI in 2015 and accused of illegally sending sensitive information to China.

"One day I was a respected researcher and the chair of the department, and overnight I was painted as a Chinese spy all over the internet, and I face up to 80 years in prison and a million dollars in fines," he recounted. "And everything I had worked for over 30 years — the career, the reputation, the livelihood — could all be gone. So life was like hell in the first several days after my arrest, and you never get better."

Xi said he spent $220,000 in legal fees to defend himself against the charges, which were later dropped after he demonstrated the information he shared was not sensitive. Pointing to recent actions by U.S. law enforcement officials, he added, “I have been warning people that the openness in basic research at U.S. universities is under attack.”

Peter Zeidenberg, a lawyer for Xi in the case, also spoke at the event. Based on his experiences representing about three dozen Chinese American scientists, he asserted the FBI is ill equipped to investigate matters involving scientific collaboration. “The agents who investigate these cases are not scientists and they do not consult with scientists,” he said.