The National Oceanic and Atmospheric Administration is accepting bids to build out its planned Earth Prediction Innovation Center, which aims to revolutionize how the agency develops forecast models. 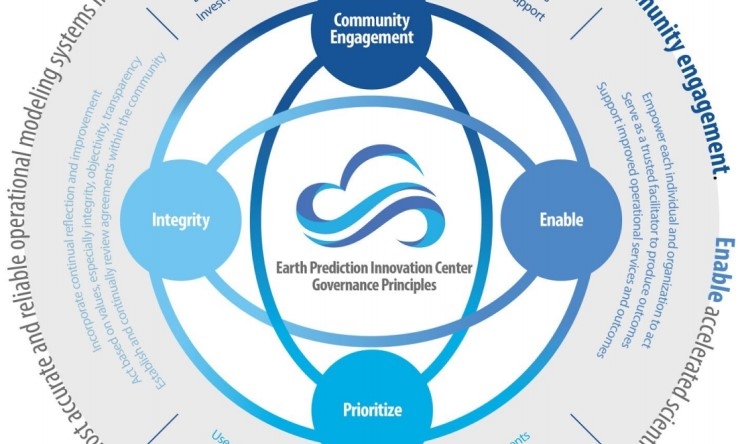 Logo and governance principles of the Earth Prediction Innovation Center.

The National Oceanic and Atmospheric Administration announced on March 20 it is accepting bids to develop and operate the Earth Prediction Innovation Center (EPIC), which will open the agency’s weather model code to a broad community of contributors. Proposals are due by May 11 and NOAA states it anticipates making a single award by this fall, valued at up to $45 million distributed over five years.

In the past year, EPIC has become the focal point for NOAA’s efforts to restore the U.S. to a position of global leadership in weather forecasting. Acting NOAA Administrator Neil Jacobs told the House Science Committee last November he anticipates that crowdsourcing weather model development will accelerate efforts to translate research advances into improved operational forecasts. Jacobs has since been nominated to officially assume the administrator position, and he has identified EPIC as one of his top priorities.

Although EPIC will be funded by NOAA and feed code improvements into the agency’s weather prediction models, the center will be administratively independent and accountable to the weather modeling community.

The request for proposals to operate EPIC stipulates the contractor must recommend a governance model and hire a project manager who will administer the center and interface with NOAA. At the November hearing, Jacobs predicted that management of the center will likely be split between an oversight body responsible to the modeling community and an individual with both decision-making autonomy and budget authority. He noted he had seen projects fail because they were controlled by individuals who had “complete autonomy and no budget authority.”

Other project requirements outlined in the request for proposals address additional questions that have been raised by members of the meteorology community about how the center will work. For instance, the solicitation notes that while the center will likely employ a “largely virtual workforce,” the contractor may be asked to establish a “physical point of presence” in the continental U.S. Jacobs told the House Science Committee that while he did not envision EPIC as a “brick and mortar” project, there would necessarily have to be “people in seats at computers at some type of facility.”

Concerning how the center would facilitate model-building, Jacobs pointed out that there are significant barriers to implementing a successful code-sharing platform in the agency’s present model development paradigm. He said existing numerical weather prediction code is “unique to NOAA computers,” which had prevented the agency from making it fully accessible to academic researchers and industry.

A core task of EPIC will be to build out the Unified Forecast System (UFS), an Earth system modeling framework that aims to simplify NOAA’s current suite of forecasting models and incentivize code contributions from the research community. A sample task order accompanying the EPIC solicitation states that the contractor must develop a platform-agnostic version of the UFS that can pass the “graduate student test,” wherein a student with little training could access and run the code without difficulty.

The solicitation also specifies that the UFS will employ “hierarchical system development,” offering researchers “multiple entry points into development that reflect their interests.” It observes, “Those interests may include aspects of specific system components such as atmospheric physics, ocean and ice dynamics, or data assimilation for land models and other individual Earth system components. It may also include more integrative aspects such as coupled modeling or data assimilation.” As part of its deliverables, the contractor is expected to employ a staged approach to building out new UFS applications covering different phenomena and forecast time scales.

The UFS code will exist in dialogue with a variety of other community models, which the solicitation states will be “where the scientific innovation is developed by researchers and shared across a common code base.” Improvements will be integrated into the UFS code through a branching “Gitflow” process that will enable a balance between “the need to periodically update and synchronize components and infrastructure and the need for developers to work in their areas of interest without affecting or being affected by development in other areas.”

To develop the infrastructure for this process, the solicitation specifies that EPIC should employ a cloud systems architect responsible for designing software that works in traditional high-performance computing environments, as well as a lead cloud computer scientist or engineer responsible for developing pipelines for the integration and delivery of software developments to EPIC. These individuals would also be responsible for outreach and support to the user community, which is to include developing user-facing documentation and hosting training activities that are designed to “enable culture change toward community development.” 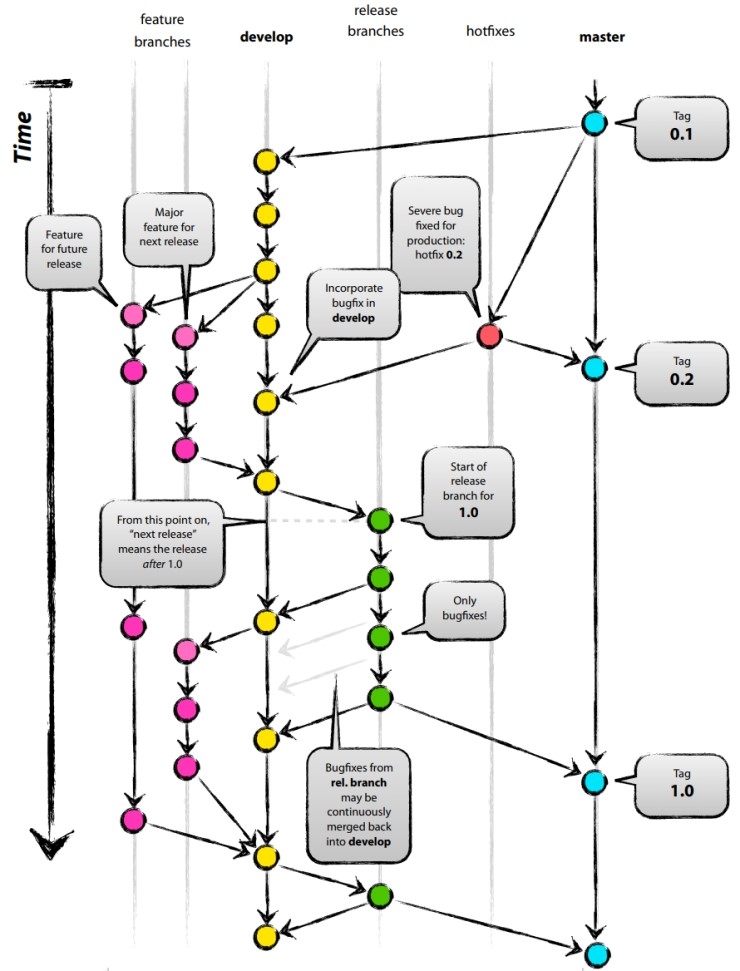 Schematic of the Gitflow process included in the NOAA contract solicitation for EPIC.

Expectations for EPIC are high

As NOAA proceeds with awarding EPIC’s contract, the meteorology community will be watching closely. A summary of a stakeholder workshop last August emphasized the importance of quickly establishing a management structure and making the organization responsive to its users.

“EPIC is an organization of, by, and for the entire modeling community, and NOAA is a key member of that community,” it said, adding, “EPIC should become the world’s best community organization for forecasting research and development.”

However, some in the community have expressed concern that the request for proposals largely concerns technical aspects of the center, such as the computational infrastructure, rather than the scientific innovation that could spur advances in modeling. In response, NOAA has emphasized that EPIC’s role is to establish a process whereby innovations from the community are channeled into the agency.

Congress is also likely to remain highly engaged in the effort. NOAA was required to establish EPIC through amendments enacted in 2019 to the Weather Research and Forecasting Innovation Act of 2017. In a letter last month to Jacobs, House Science Committee Chair Eddie Bernice Johnson (D-TX) and Ranking Member Frank Lucas (R-OK) stressed the importance of NOAA’s bid solicitation process, writing they hoped it would allow EPIC to “fulfill its legislative mandate of creating a truly community-driven modeling system that leverages the broader weather enterprise.”

“The future of U.S. leadership in numerical weather prediction depends on the success of EPIC. It is therefore extremely important that the RFP solicit the best proposals from across the weather enterprise,” they concluded.