Federal research facilities across the U.S. have been forced to close as government officials escalate their efforts to slow the spread of the coronavirus. 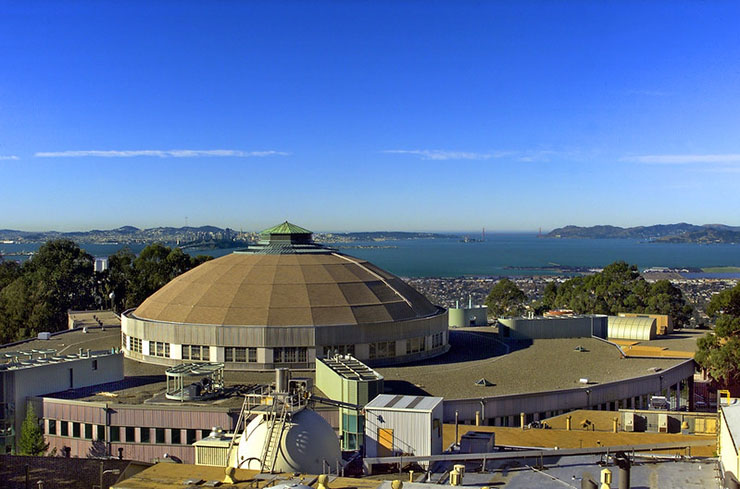 The Advanced Light Source at Lawrence Berkeley National Lab has been placed on standby as a result of a “shelter in place” order issued in California.

The rapid spread of the coronavirus respiratory disease COVID-19 has upended the U.S. research enterprise within a matter of weeks. Government officials and research institutions are now issuing fresh restrictions every day, and scientists are rushing to make alternative arrangements to carry on their work or shut it down completely.

For scientists at federal agencies and facilities, restrictions on international travel to affected countries have escalated into prohibitions on all travel that is not “mission critical.” Mandatory telework policies have also swiftly come into effect, in some cases to comply with orders from state and local governments, though exceptions have been made for work that has for the time being been deemed essential.

Originally, most restrictions were imposed following confirmed or suspected cases of COVID-19 among employees or people they had been in contact with. Increasingly, though, such targeted efforts to protect staff have been overtaken by broad actions that are part of a nationwide effort to stem the pandemic.

Shutdowns spreading across US

To date, some of the strongest restrictions on activity have been imposed in California. Six counties in the San Francisco Bay Area issued “shelter in place” orders on March 16, prohibiting non-essential local travel and gatherings. Yesterday, California Governor Gavin Newsom (D) extended the prohibitions to the entire state through a “stay at home” directive.

The Bay Area is a hub of research activity, and among the federal facilities affected there are NASA’s Ames Research Center and four DOE national laboratories: SLAC, Berkeley Lab, Lawrence Livermore, and the California branch of Sandia National Laboratories. The statewide directive impacts additional federal labs, such as NASA’s Armstrong Research Center in the Mojave Desert and the agency’s Jet Propulsion Lab in Pasadena, though a notice on the JPL website states the order has an exemption permitting mission-critical personnel to continue working.

When the Bay Area orders were issued, Ames had already been on mandatory telework status — level three of NASA’s coronavirus response framework — after an employee tested positive for COVID-19 on March 8. The center has since rescinded exceptions to the telework policy and limited site access to personnel required to maintain the safety and security of the center — the fourth and highest level of the response framework.

NASA elevated all its other centers to level three status on March 17, and yesterday the agency moved its rocket assembly and testing facilities in Louisiana and Mississippi to level four, citing a rise in local COVID-19 cases. That restriction will slow work on the Space Launch System rocket, which is central to the agency’s goal of returning humans to the Moon by 2024.

Thomas Zurbuchen, the head of NASA’s Science Mission Directorate, has indicated the agency is prioritizing work on missions with rigid launch windows, most notably the Perseverance rover due for launch to Mars this summer, and those in the late stages of testing, especially the James Webb Space Telescope. In an agency town hall meeting today, Zurbuchen acknowledged the challenges to keeping even these missions on schedule.

“Many people have asked us about James Webb and of course it will be impacted even though it's one of our top priorities. The personnel for integration and testing work have been reduced already,” he said. He added the Perseverance rover team is “doing frankly heroes’ work to keep us on track,” and said NASA is considering using its own aircraft to fly personnel to Kennedy Space Center in Florida so they can assist in launch preparation.

“We refer to [this] amongst ourselves as Perseverance Airlines.” he said.

The DOE labs in the Bay Area are largely shut down. Berkeley Lab has moved to “safe and stable standby” status as a result of the shelter in place order, with most employees working remotely. The lab’s National Energy Research Scientific Computing Center and the Energy Sciences Network (ESNet) will continue to operate, as they have been deemed critical to the mission of the DOE laboratory system.

Berkeley Lab’s Advanced Light Source user facility is closed but in a state of “warm standby,” which would allow it to resume operations quickly. Lab Director Mike Witherell indicated in a message to employees on March 17 that facilities could be reopened to contribute to the COVID-19 response on a case-by-case basis. SLAC is likewise halting on-site work, with exceptions for essential activities such as research on COVID-19.

Site access restrictions pose a special challenge for Livermore and Sandia, which conduct classified research that cannot be performed remotely. Both labs have granted leave to employees who work in secured settings or who cannot work without their equipment. Livermore is transitioning to a state of “minimum safe operations” by March 23, and its National Ignition Facility is suspending experiments.

For labs outside California, the situation remains varied. The Princeton Plasma Physics Lab in New Jersey was the first DOE facility to announce a shutdown, sending most of its more than 500 employees home to telework starting March 13. Pacific Northwest National Lab in Washington, one of the states most affected by the coronavirus outbreak, has also shifted most of its employees to remote work.

(Update: Shortly after this bulletin was published, Illinois Governor J. B. Pritzker (D) issued a statewide stay-at-home order, which is likely to impact activities at Argonne and Fermilab. Brookhaven also announced it is entering a "minimal operating mode," with the National Synchrotron Light Source II halting nearly all experiments "with the exception of support for potential COVID-19 diagnosis and treatment research.")

According to a NIST spokesperson, the Center for Neutron Research at the agency’s campus in Maryland was closed on March 17 as a precautionary measure “due to a potential, but not confirmed, case of COVID-19.” The spokesperson added that areas of the facility are being disinfected and its reactor has been “shut down for the time being.”

Construction of the Vera C. Rubin Observatory on the summit of Cerro Pachón in Chile is stopping due to the coronavirus pandemic.

Even remotely located optical and radio astronomy telescopes have been disrupted by the spread of the coronavirus.

The Atacama Large Millimeter/submillimeter Array in Chile announced on March 17 it is suspending science operations, citing school closures and other actions taken by the Chilean government to slow the spread of the coronavirus. Radio observatories in West Virginia and New Mexico are also minimizing onsite staff, though as of March 13 they planned to continue science operations.

On March 18, the Association of Universities for Research in Astronomy indicated that several of the optical telescopes it operates are likewise suspending science operations or minimizing crew in response to the outbreak. In the same notice, it stated construction of the Vera C. Rubin Observatory in Chile would scale back to activities essential to closing the telescope dome before the winter season, while adding that the situation was being reassessed daily. The next day, the Rubin Observatory announced it is halting construction.

The U.S. is not alone in closing such facilities. The European Southern Observatory announced today that it, too, has decided to “gradually cease science operations on all its observatory sites.”