The scale of the pandemic’s disruptions to the research enterprise are coming into focus, with recent surveys warning of significant project delays, outsized impacts on early career scientists, and costs to universities that are already running well into the tens of billions of dollars. 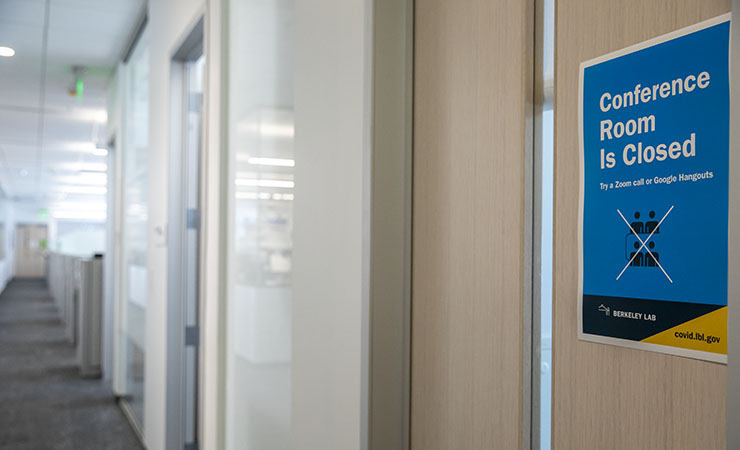 (Image credit – Marilyn Sargent / © 2020 The Regents of the University of California, LBNL)

As the COVID-19 pandemic continues to grip the U.S., scientists are beginning to brace for impacts that could reverberate for years to come. Surveys of the damage across research institutions estimate that the costs for this year alone will run well into the tens of billions of dollars.

Now, research community leaders have stepped up their appeals to Congress for relief funds that would help to restart labs, cover project delays, and stave off financial devastation for institutions with tenuous resources. Federal science agencies are also measuring the costs to their programs and considering how to prioritize funds should any relief money not fully cover losses.

Speaking at a virtual workshop convened by the National Academies last month, the president of the Association of Public and Land-grant Universities, Peter McPherson, projected its 246 members will face around $45 billion in lost revenue and additional expenses this year. Mary Sue Coleman, the outgoing president of the Association of American Universities, said an initial estimate of the extra costs to its 63 members is between $20 billion and $32 billion for the year, based on a survey conducted in May. These figures represent a wide range of expenses, from culling research animals and purchasing personal protective equipment to lost student fees and cancelled elective surgeries at university medical centers.

Together with other research groups, the associations have requested that Congress’ next relief bill provide at least $47 billion in financial assistance for students and higher education institutions as well as at least $26 billion distributed across science agencies to help restart labs and address project slowdowns. Because science agencies permitted grantees to continue paying idled personnel during the shutdown period and to charge restart costs to their existing awards, many projects may not have enough resources to complete their planned scope of work.

Congress provided $14 billion directly to higher education institutions in its third pandemic relief package, which was enacted in March, but it included little funding to address researchers’ losses. Proposals currently on the table for a fourth package do include such funding, though it is focused mainly on the National Institutes of Health. The bill that House Democrats passed in May proposes providing $4 billion for research recovery activities at the agency, while the bill put forward by Senate Republicans last week seeks $10 billion.

A separate bill backed by a number of Democrats and Republicans in both chambers recommends distributing $25 billion across a wider variety of science agencies, including $10 billion for NIH, matching the amount requested by research groups.

However, such amounts may still not fully cover the shortfalls. At the Academies workshop, NIH’s head of extramural research Mike Lauer noted that although the agency initially estimated research losses would be about $10 billion, he said that figure is “almost certainly an underestimate,” as it assumed the impacts would be limited to five months. 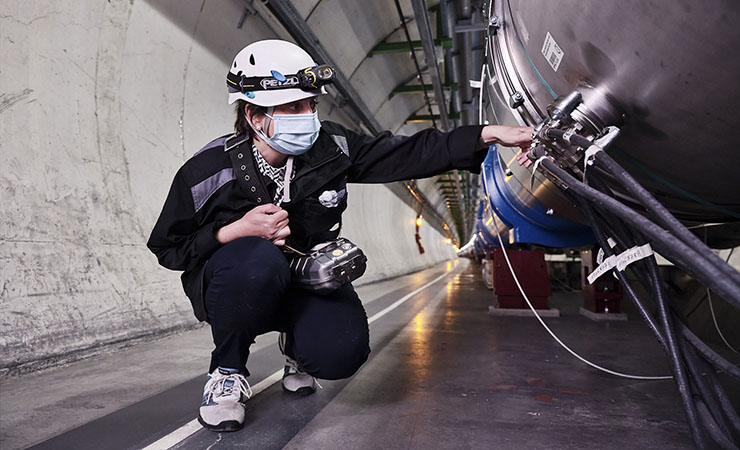 Studies conducted of pandemic impacts specific to physics have shown that the lives of students and scientists have been severely disrupted.

A survey of 329 members of the U.S. high energy physics community found there have been widespread work slowdowns and mental health impacts, as well as concerns about potential layoffs and diminished career prospects. While a handful of people reported being more productive, the average estimate of productivity while working from home was 72%. About one third of respondents indicated they felt significant burdens from childcare responsibilities, with some reporting work productivity figures below 20%.

Every scientist I know with small children is facing a complete breakdown of their ability to accomplish anything, all of our work is low quality, and despite being exhausted beyond anything I have ever experienced in my life, I am slipping ever-further behind my peers.

Respondents also raised concerns about how new visa restrictions in the U.S. could impair recruitment and how continuing travel restrictions could prevent U.S. researchers from flying to Europe to work at the Large Hadron Collider at CERN, the world’s premier research center in high energy physics.

Disruptions to work at the collider itself are also coming into focus. The Department of Energy indicated last month it will have to rebaseline its cost and schedule commitments to the facility’s ongoing accelerator upgrade. In a high-impact scenario, the department estimates the project will require an additional $30 million and 15 months to complete. It also estimates that associated upgrades to the collider’s two main particle detectors, ATLAS and CMS, could respectively require an additional $28 million and $14 million in the high-impact scenario.

A number of other facility projects face similar challenges. For instance, DOE reported last week that the Linac Coherent Light Source II, a new user facility at SLAC National Accelerator Lab, is slowly resuming work after losing about five months of construction schedule due to California’s shelter-in-place orders. Although the facility’s first components are already being commissioned, its final completion will be delayed by about a year to 2023. Moreover, the project is expected to incur between $85 million and $95 million in additional costs and is on pace to run out of money by the end of this year.

Meanwhile, the National Science Foundation had to halt construction of the Vera C. Rubin Observatory in Chile, and the agency is not sending construction crews to Antarctica for a major renovation project underway at the McMurdo base as part of its efforts to keep the virus from reaching the continent. NSF has not yet released cost estimates for the delays to either effort, except to indicate it will have to rebaseline the Antarctica project and “replan” the observatory construction.

NASA has prioritized time-sensitive missions and successfully launched its flagship Perseverance rover to Mars last week, avoiding a potential two year delay had it missed its launch window. However, the agency has pushed back the target launch date of its James Webb Space Telescope by seven months, though it maintains it can pay for the delay using an unspecified amount of reserve funds and will remain within the project’s congressionally capped development budget.

(Correction: An earlier version of this article incorrectly stated the reserve was held outside the project’s congressionally capped budget.)

As they take stock of losses, agencies are preparing for how they will prioritize resources in the recovery phase of the crisis. NASA issued a new policy last month indicating that early career researchers would be at the front of the line for additional resources requested by grantees to complete ongoing projects. It notes that absent additional funds from Congress, these grant augmentations will be taken out of the budget for new awards for the following two fiscal years.

Elaborating on the policy at a town hall last month, NASA Deputy Associate Administrator for Research Michael New remarked, “We’ve been saying for quite a while we don’t want the impact of the COVID-19 pandemic to massively derail careers of our future leaders.”

To scope out the pandemic’s consequences for the physical sciences as a whole, this spring the American Institute of Physics convened a nine member task force of leading scientists and engineers chaired by former Sandia National Laboratories Vice President Julia Phillips.

In its report, the task force argues the physical sciences may be at a “tipping point” given the scale of the disruption. It stresses that curtailed international exchanges, reduced job opportunities for early career researchers, and knock-on effects from university budget contractions could severely diminish the physical sciences workforce. It anticipates that the financial toll will be “particularly disastrous” for Historically Black Colleges and Universities, slowing the “outsized contributions” they make toward increasing the diversity of the scientific community.

The task force also raises concerns that although some facilities such as x-ray light sources have proven valuable for pandemic-related research on the virus, others could fall victim to tighter budgets. “Investments in other large instruments for discovery science unrelated to biotechnology may be viewed as expendable in a post-pandemic world of enormous financial pressures, and the consequences for institutions performing the most fundamental science would be particularly concerning,” it states.

Nevertheless, the task force does identify some opportunities arising from the pandemic, such as that the expanded use of virtual teaching and conference tools could help engage previously unreached audiences. It also highlights an opportunity to draw more people into the physical sciences by demonstrating the field’s relevance to crisis response.

“Just as the launch of Sputnik and the resulting large investment in K–12 science education it engendered led to an explosion in the number of students studying the physical sciences, the pandemic may cause a significant jump in students interested in studying biology and medicine,” the task force states, adding, “A parallel increase in the number interested in the physical sciences could occur if there is high-quality instruction and if the case is made strongly that physical sciences advances are critical to addressing crises of all kinds, including those of a medical nature.”