The House Science Committee is preparing legislation that aims to expand federal wildfire science programs and improve uptake of research findings and technologies among firefighters. At a hearing held to inform the bill, wildfire experts identified gaps in federal wildfire response and advocated for improved interagency coordination and satellite monitoring technology. 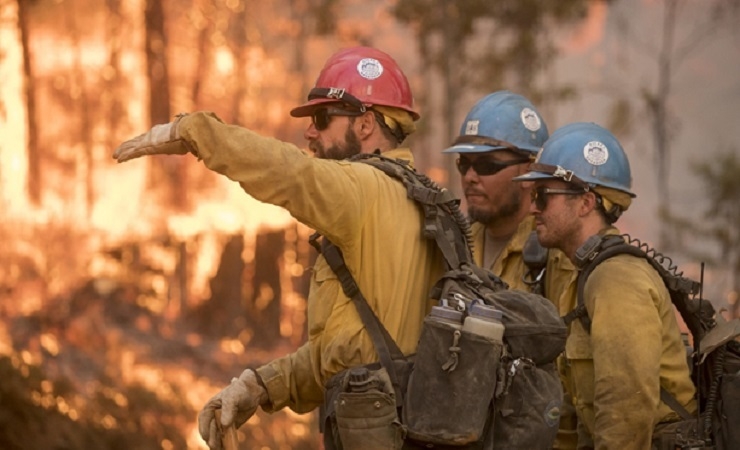 In view of the increasingly severe threat that wildfires pose in the U.S., the House Science Committee convened a hearing last month to examine opportunities to expand federal wildfire research programs and improve interagency collaboration. Committee member Rep. Zoe Lofgren (D-CA) noted she is developing legislation on the topic that aims to help translate research outputs into reduced wildfire risk.

Wildfire research and policy experts testifying at the hearing encouraged Congress to focus on improving wildfire modeling and monitoring technologies such as high-resolution satellites. They also called for developing a standardized wildfire warning scale to better alert the public to impending threats.

The hearing reflects a broader interest among policymakers in wildfire threats and mitigation technologies. That same week, President Biden announced he has asked for an annual briefing on wildfire threats akin to the presidential briefings before each year’s hurricane season, stating that climate change has extended the danger "well beyond the traditional months of the fire season." Biden also committed to “harnessing new tools and technologies” to better locate and respond to wildfires, referencing monitoring systems developed by the National Oceanic and Atmospheric Administration and Department of Energy.

Lofgren said in her opening statement at the Science Committee hearing that her legislation will include measures to improve “understanding, prediction, and management of wildland fires through robust research initiatives.”

“As the risk for catastrophic wildfire grows, so should our ability to forecast wildfires and to mitigate fire risk,” Lofgren added. She noted the bill would build on a provision in the committee’s National Science Foundation for the Future Act that directs the agency to support wildfire resilience research.

Earlier this year, Lofgren and 46 other members of Congress petitioned Biden to create a federal wildfire coordinating body and strategy. They wrote, “While several federal coordinating bodies already exist, they remain largely focused on land management and suppression operations and fail to incorporate research and development.” They also asked Biden to prioritize wildfire R&D across agencies in his budget request.

“We must be certain that all the work of these agencies is carried out in a coordinated manner and is being effectively put into operation by agencies such as the Forestry Service and the Department of the Interior,” he noted.

Witnesses at the hearing identified the lack of access to observational data as a key impediment in current wildfire research and monitoring efforts.

San José State University meteorologist Craig Clements said there is a particular need for high-resolution, long-duration data sets to inform studies and modeling of fire and smoke behavior as well as the weather systems associated with wildfires. He said one result of current observational gaps is an inadequate understanding of how fire–atmosphere interactions affect wildfire spread and noted that wildfires resulting from such interactions are especially dangerous and unpredictable.

Observing that fire weather research receives less support than other types of severe storm research, Clements also argued the wildfire community needs the equivalent of the specialized aircraft NOAA uses to collect data within hurricanes. One option to achieve such a capability would be to outfit fire suppression aircraft with science instrumentation, Clements said.

Miami University geography professor Jessica McCarty outlined the limitations of current satellite-based observing systems. She noted that current spaceborne fire-detection systems often rely on polar-orbiting satellites that are overhead two-to-four times a day and have pixel resolutions between about one-third of a kilometer and one kilometer.

By contrast, she said current geostationary systems like NOAA’s GOES-R Series capture images of the Earth every five-to-15 minutes but have pixel resolutions between one-half of a kilometer and two kilometers. Meanwhile, the U.S. Geological Survey’s Landsat satellite has a resolution of 30 meters, though it is only overhead every 16 days.

McCarty said that NOAA’s next geostationary satellite constellation, called GeoXO, will help address the issue but noted that the launch of the first satellite in the series is planned for the early 2030s. “We need this now,” she said, explaining, “Being able to see new fire ignitions and fire spread every 15 minutes within baseball diamond-sized grids would be a game-changer for science, for fire management and incident command, and for public education and engagement.”

Clements argued that agencies’ research efforts generally are “not well coordinated,” but said one exception is the Joint Fire Science Program (JFSP), a $6 million program that concentrates on addressing the emerging needs of wildfire managers and responders. He called for increasing funding for JFSP as well as creating a national fire weather research program, saying there currently is no dedicated program that funds both basic and applied research on the topic.

McCarty also cited JFSP as a model of successful interagency cooperation, remarking, “We should not reinvent the wheel when a functioning and successful federal mechanism that collaborates with nonfederal partners at all levels already exists.” She noted the program funds 15 regional fire knowledge exchange networks that together support all 50 states.

Erik Litzenberg, chair of the Wildland Fire Policy Committee at the International Association of Fire Chiefs, likewise called for using existing coordinating mechanisms such as JFSP and the Wildland Fire Leadership Council. “Integration is already occurring, and all we really need to do is put a focus on new and existing research and how it can be used and applied towards emerging issues,” he said.

Litzenberg suggested one idea ripe for interagency action is the development of a standardized wildfire warning scale similar to the Richter scale used for earthquakes and the Saffir-Simpson scale for hurricane winds. He said the proposed scale would inform emergency personnel about the level of firefighting resources required and the public about whether to shelter in place or evacuate.

“A lot of the catastrophic issues we've seen during fires are in the movement of people. And obviously, that is for all of us the number-one value, and the more we can communicate with people what to expect, the better our response system will be,” he said.