Concerned about the eroding U.S. share of the global microelectronics market, last year Congress fast-tracked legislation focused on bolstering domestic semiconductor R&D and manufacturing. Chip companies are now pressing the Biden administration and Congress to robustly fund the initiatives authorized by the legislation. 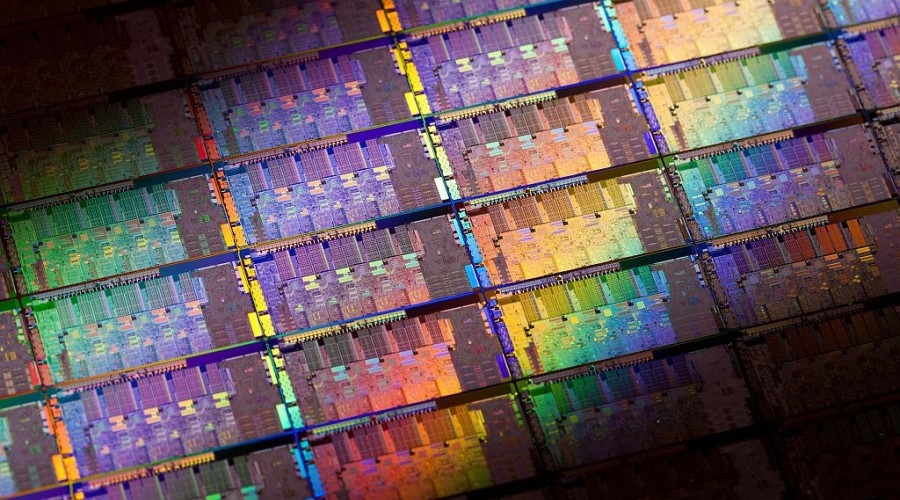 Responding to concerns the U.S. is increasingly reliant on imported microelectronics, Congress enacted the bipartisan Creating Helpful Incentives for Producing Semiconductors (CHIPS) for America Act in December as part of the National Defense Authorization Act, its annual defense policy update. The legislation authorizes an array of R&D initiatives as well as a subsidy program for domestic semiconductor manufacturers.

While early versions of the CHIPS for America Act envisioned spending more than ten billion dollars over five years, the enacted version makes no specific funding recommendations for either the overall initiative or its component elements. In any case, actual funding for them has to be provided through separate spending legislation. Now, the initiative’s backers in industry are hoping these funds will be provided through special pandemic recovery and infrastructure spending measures.

Last week, the Semiconductor Industry Association, an advocacy group, sent a letter to President Biden praising the CHIPS for America Act and urging him to prioritize funding for semiconductor research and manufacturing in his upcoming negotiations with Congress. Observing that other nations actively subsidize their semiconductor sectors and have increased spending on related R&D, they warned that the U.S. has become “uncompetitive in attracting investments in new fab construction and our technology leadership is at risk in the race for preeminence in the technologies of the future, including artificial intelligence, 5G/6G, and quantum computing.”

Yesterday, SIA led a broader coalition of technology, medical, automotive, and other business groups in sending a separate letter to Biden that also calls for increased federal support for semiconductor R&D and domestic manufacturing.

The CHIPS for America Act assigns the Department of Commerce a leading role in carrying out its initiatives. A centerpiece provision authorizes the department to provide eligible companies or consortia with subsidies of up to $3 billion each — or more in exceptional circumstances — for building or updating domestic facilities and equipment related to “semiconductor fabrication, assembly, testing, advanced packaging, or research and development.” Recipients must meet project milestones defined by the department or face penalties and are also required to demonstrate a commitment to expanding job opportunities for “economically disadvantaged individuals.”

The effort to bolster domestic R&D and manufacturing is linked to concerns that relying on foreign components carries significant risks related to chip security and supply disruptions. As such, participants in the subsidy program are restricted from engaging in joint research or technology licensing with any “foreign entity of concern,” defined broadly to include any entity deemed to have “engaged in unauthorized conduct that is detrimental to the national security or foreign policy of the United States.” The legislation also stipulates that federal agencies receiving certain R&D funds must develop policies to protect any resulting intellectual property from “foreign adversaries.”

Furthermore, to improve understanding of supply chain vulnerabilities, the Commerce Department is directed to conduct a comprehensive survey of microelectronics manufacturers within the U.S. that will collect information about the sourcing of raw materials and intellectual property as well as manufacturers’ connections to foreign governments, with a particular eye toward China.

Alongside the subsidy programs authorized in the bill, the Commerce Department is directed to establish a “National Semiconductor Technology Center” that will operate as a public-private consortium with participation from the Department of Defense, Department of Energy, and National Science Foundation. The center will support R&D on semiconductor testing and assembly, materials characterization for next-generation microelectronics, automation of manufacturing processes, and supply chain security. It will also maintain an investment fund to help commercialize new technologies and expand workforce training programs. The original version of the legislation had envisioned the center would have a $3 billion budget stretched across 10 years.

Within the Commerce Department, some responsibilities are delegated specifically to the National Institute of Standards and Technology. For instance, NIST is directed to establish a Manufacturing USA institute focused on developing advanced testing, assembly, and packaging capabilities for semiconductors, including tools to automate maintenance of associated machines. The institute is to work in concert with a new, NIST-led Advanced Packaging Manufacturing Program.

DOD is also assigned a major role by the legislation, building on its recent efforts to spur microelectronics R&D and increase the trustworthiness of components used in national security applications. For instance, it is directed to incentivize the formation of private research consortia and authorized to establish a national network for microelectronics R&D to “enable the cost-effective exploration of new materials, devices, and architectures, and prototyping in domestic facilities to safeguard domestic intellectual property.” In addition, DOD is directed to initiate a National Academies study on “policy options for optimal public-private partnerships,” which is to include an “analysis of establishing a semiconductor manufacturing corporation” as well as “an assessment of and response to the industrial policies of other nations.”

To coordinate research efforts across the government, the interagency National Science and Technology Council is directed to develop a national semiconductor research strategy and update it every five years. In addition, the council is tasked with exploring the prospect of creating a new federal laboratory or research center exclusively focused on microelectronics development.

While concerns about U.S. semiconductor supplies have been mounting over a period of years, in recent weeks the issue has come to the forefront of national attention as a global chip shortage has slowed the production of automobiles, consumer electronics, and other goods.

White House Press Secretary Jen Psaki said at a press conference on Feb. 11 that Biden intends to issue an executive order in the coming weeks that will “undertake a comprehensive review of supply chains for critical goods,” including semiconductors. She elaborated, “The review will be focused on identifying the immediate actions we can take, from improving the physical production of those items in the U.S., to working with allies to develop a coordinated response to the weaknesses and bottlenecks that are hurting American workers.”

Meanwhile, some senators, including backers of the CHIPS for America Act, have been pressing the Biden administration on the matter. A group of 15 senators wrote to National Economic Council Director Brian Deese on Feb. 2, appealing on behalf of the auto industry. In addition to seeking action to alleviate the immediate shortage, they asked the administration to “swiftly implement” the CHIPS Act provisions, writing, “While this is not an immediate fix, this engagement is also vital to maintain the competitive advantage of American auto manufacturing.”

Biden’s nominee for commerce secretary, Gina Raimondo, also received several written questions on the subject from senators in association with her nomination hearing on Jan. 26. Asked about her views on the department’s role in supporting semiconductor research, she wrote, “NIST currently has a number of research efforts directly aligned with the needs of the semiconductor industry and other critical technology areas. If confirmed, I look forward to working with Congress to support and grow these ongoing efforts at NIST as well as other activities across the department that can help advance U.S. competitiveness in key technology areas, and that contribute to the establishment of a robust domestic semiconductor ecosystem.”