The National Science Foundation is seeking to seed innovation ecosystems across the U.S. through regional “Engines” that fund partnerships between diverse groupings of organizations. The program is a major new component of the agency’s focus on expanding the “geography of innovation.” 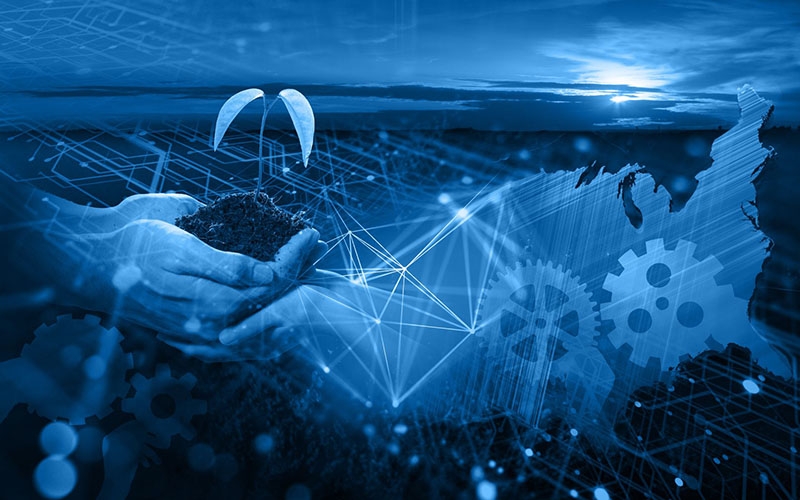 The National Science Foundation launched a Regional Innovation Engines program this month that will fund multi-sector partnerships in places that are not already leading hubs of technology development. The program is part of a broader push to expand the geographic distribution of U.S. innovation and complements a “regional industry cluster” initiative the Commerce Department is undertaking.

Seeking to foster innovation “ecosystems,” the NSF program will require participants to build strong links between organizations such as universities, companies, startup incubators, and local economic development offices. Each “Engine” will receive up to $160 million over a period of up to ten years to conduct “use-inspired” R&D, translate research outputs into practical applications, and promote regional workforce development. The program will also offer seed funding of up to $1 million over two years for applicants to develop their ecosystem concept before seeking a full Engine award.

NSF anticipates awarding up to 50 planning grants and five full Engines in the program’s first competition, with concept outlines for each due June 30. The agency has kicked off a series of webinars to explain the application requirements, and a recording of the first is posted here.

Each Engine proposal must tackle a “major societal and/or economic challenge” relevant to its region, which can range from “a metropolitan area (including its adjacent rural regions) to an area spanning parts of several states.” NSF states participants should “largely” be located in the region, but adds that “the increasingly distributed nature of our society means that partners who transcend that geographical area are also appropriate.”

Engines can be led by universities, nonprofit organizations, or for-profit entities. The Engines can also channel funding to national laboratories, federally funded research and development centers, and state and local government offices that are dedicated to innovation, economic development, or workforce development. International organizations cannot be part of proposal teams or receive NSF funds through the program, but they can join as partners after the Engines are created.

Each Engine must demonstrate a deep commitment to engaging a diverse range of organizations and individuals.

“Diversity, equity, inclusion, and accessibility must be interwoven into the very fabric of each Engine,” NSF stresses. “This inclusiveness should be evident in the organizational structure, the leadership team, the associated partners and stakeholders, and end-user communities.”

In the context of academic institutions, for instance, NSF states the Engines should forge partnerships with minority-serving institutions, two-year colleges, community colleges, and vocational colleges.

The program is premised on a five-phase model of how innovation ecosystems form. A concept development phase of up to two years is followed by a “nascent” phase involving initial partnership formation over two years. The Engine then enters an “emergent” phase of three years where it is expected to scale technology and workforce development capabilities and begin attracting significant external funding.

Then, during a five-year “growth” phase the ecosystem supported by the Engine is expected to become a national leader in its focus area and reach a final “mature” phase, when it must sustain itself without Engine funding. Applicants for full Engine awards must demonstrate their region is in either the “nascent” or “emergent” phase.

Although NSF permits applications from organizations in regions that already have a strong innovation ecosystem in a topic area other than that of the proposed Engine, the agency plans to prioritize areas that lack “well-established innovation ecosystems.” 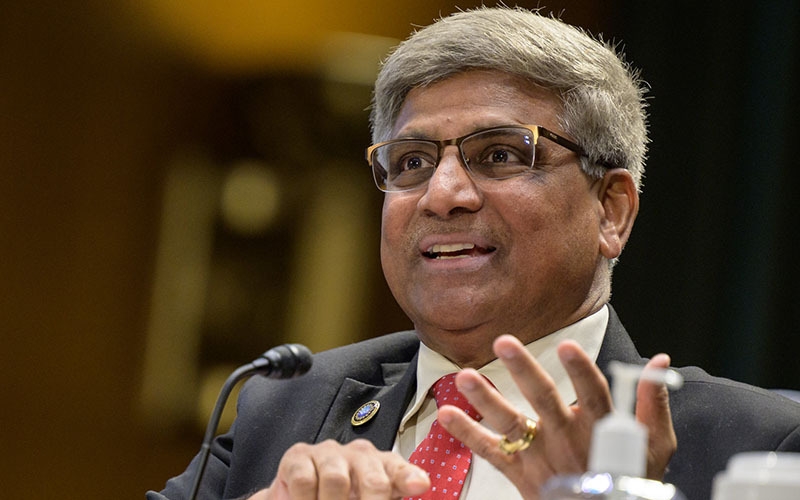 The Engines program is a flagship effort of NSF’s newly created Directorate for Technology, Innovation, and Partnerships (TIP), which aims to significantly expand the agency’s support for application-oriented research. The scale of Engine awards is unprecedented among NSF grant programs, with a longer duration than typical NSF center grants and a total funding amount several times higher.

Distinguishing the Engines from existing NSF programs, TIP Directorate head Erwin Gianchandani remarked at the kickoff webinar, “Our ambition here is to foster a paradigm shift. Rather than an emphasis on pushing research results, including new technologies, out of the laboratory and out into the market and society, we'd really like to encourage the market to inspire research questions, and specifically to draw out research results.”

“This market-pull dynamic will enable the beneficiaries of research to motivate that work, and thus become invested in seeing it translated and realized in society,” he added.

The Engines are also one element of NSF’s growing focus on the “geography of innovation,” following on the heels of a new AI Institutes program that to date has funded over 15 institutes with participants in 40 states.

NSF Director Sethuraman Panchanathan frequently highlights the benefits of geographic diversification in appealing to Congress for budget increases. “I always say, innovation anywhere, opportunities everywhere, for which we need to energize talent everywhere,” he told Senate appropriators at a hearing on May 3.

Congress has already endorsed the Engine concept, encouraging NSF to establish at least one in fiscal year 2022. However, it only provided NSF with a 4% budget increase for the year, well short of the 20% requested, limiting the agency’s ability to scale up the program quickly. In its announcement of the Engines program, NSF states it does not anticipate accepting full proposals for Engines until sometime in fiscal year 2023, which begins Oct. 1.

Many senators have taken a keen interest in expanding the geographic distribution of NSF funds and are seeking to require that at least 20% of its budget go to jurisdictions eligible to participate in the Established Program to Stimulate Competitive Research (EPSCoR), which funds states and territories that historically have received a small share of agency funds. Currently around 10% of NSF’s budget flows to EPSCoR jurisdictions.

The proposal is included in the Senate’s U.S. Innovation and Competition Act but absent from the House’s counterpart American COMPETES Act of 2022, and the subject is expected to be a key topic debated by the conference committee that is negotiating a compromise. Moran is among the 26 senators on committee, which held its first meeting last week.

Asked by Shaheen about the 20% requirement at the May 3 hearing, Panchanathan referred to it as an “aspirational goal” that NSF could achieve over several years through a combination of initiatives. In addition to the Engines and AI institutes programs, he highlighted a proposed program called GRANTED (Growing Research Access for Nationally Transformative Equity and Diversity) that would strengthen grant proposal development and research administration capacity at minority-serving institutions.

However, depending on how the final legislation is written, it could require an immediate redistribution of funds, akin to the mandatory set-aside for the Small Business Innovation Research program. Pressing the subject, Shaheen remarked, “I'm counting on Sen. Moran as a member of the conference committee to hold tight on that 20% to go to EPSCoR states.”