A long-anticipated guidance document released by the White House today aims to standardize implementation of research security policies across federal science agencies, including what categories of information scientists will be required to report when applying for grants. 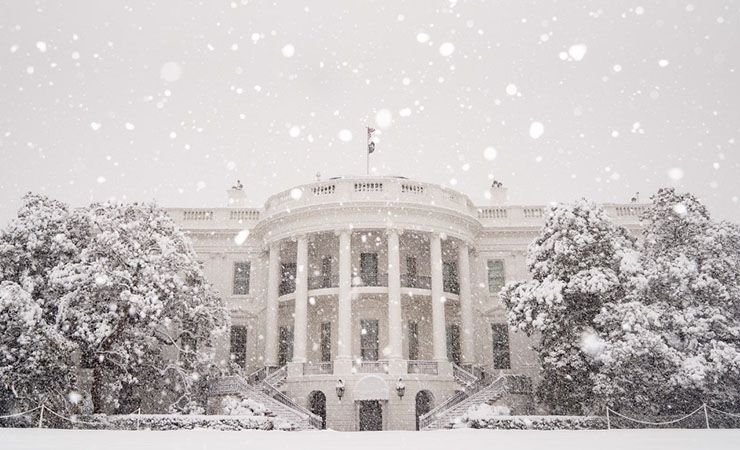 Today, the White House released guidance for science agencies to use as they implement National Security Presidential Memorandum 33 (NSPM-33), a document that sets minimum requirements for research security policies across the government. NSPM-33 was issued by the Trump administration during its final week and the Biden administration so far has chosen not to modify it, opting instead to shape how the policy is applied.

The new guidance document aims to address continued confusion over what information federally funded researchers must disclose to the government pursuant to NSPM-33, and to address concerns about the administrative burdens of disclosure and the potential for unfair enforcement. Such matters have taken on high stakes, particularly as the Department of Justice has prosecuted more than a dozen academic scientists for allegedly concealing their ties to institutions in China and two weeks ago secured a guilty verdict against prominent chemistry professor Charles Lieber.

The guidance document does not address criminal justice matters, focusing instead on the standardization of disclosure requirements and enforcement by science agencies. It also promotes the use of digital persistent identifiers to simplify disclosure and outlines protocols for sharing information across agencies concerning known and suspected violators.

An interagency panel dedicated to research security has been working on the guidance document since August. When setting out its task, White House Office of Science and Technology Policy Director Eric Lander instructed it to craft disclosure requirements that protect against threats posed by researchers’ connections to certain foreign governments while also ensuring such policies do not stoke discrimination and xenophobia.

The guidance document acknowledges that tension and states that agency policies must be implemented in a nondiscriminatory manner and should be “risk-based,” meaning they “offer tangible benefit that justifies any accompanying cost or burden.”

At the same time, it stresses, “There have been efforts to induce American scientists to secretively conduct research programs on behalf of foreign governments or to inappropriately disclose non-public results from research funded by U.S. government sources.” It also specifically identifies the governments of China, Russia, and Iran as examples of ones that are “working vigorously … to acquire, through both licit and illicit means, U.S. research and technology.”

Notably, the document does not offer specific guidance on what kinds of institutional connections should be considered unacceptable or on how agencies should act on the information disclosed to them. In a foreword to the document, Lander explains,

While current efforts on NSPM-33 seek to clarify and simplify how researchers disclose information to the federal government, they do not address other key questions about NSPM-33 implementation — namely, how the government uses this information in making decisions about research funding and support. Such questions are equally important, and OSTP intends to address them in the future.

Where the government has legitimate concerns about a potential conflict of interest or conflict of commitment, we have a responsibility to be clear and open about what our concerns are and why. It is important to avoid undue, vague, and implicit pressures on researchers, as this could create a chilling atmosphere that would only constrain and damage the U.S. scientific enterprise.

An OSTP official told FYI that the interagency research security panel will likely develop guidance this year on appropriate uses of disclosed information.

Model grant forms to be developed within 120 days

Many science agencies began revising their disclosure requirements even before the release of NSPM-33 in response to concerns raised by law enforcement and intelligence agencies. Congress also mandated that science agencies develop uniform disclosure policies through the National Defense Authorization Act for Fiscal Year 2021.

The new guidance aims to ensure requirements are generally consistent across agencies and simple to comply with. As a next step, it states federal agencies will produce model grant application forms within 120 days.

Outlining what sorts of information will be collected and on what forms, the guidance includes a detailed table indicating the kinds of organizational affiliations, monetary support, and “in-kind” support that must be disclosed. The table resembles ones already produced by the National Institutes of Health and the National Science Foundation.

The guidance reiterates that NSPM-33’s disclosure requirements are intended to apply to principal investigators and “other senior/key personnel” on federal grants, as well as agency program officers, researchers at federal labs, peer reviewers, and federal advisory committee members. It also states that students should generally be exempt from making disclosures to science agencies.

The exact disclosure requirements vary based on the nature of the role of the person in question. However, consistent with federal concern over “foreign government-sponsored talent recruitment programs,” participation in such programs must be universally disclosed for all roles. In addition, upon request personnel must produce contracts they have entered with foreign entities, and agencies may choose to require such contracts be submitted as part of the standard application process.

Addressing potential variations between agency disclosure requirements, the guidance document states they “should be limited to cases (a) where required by statute or regulation; (b) where more stringent protections are necessary for protection of R&D that is classified, export-controlled, or otherwise legally protected; or (c) for other compelling reasons consistent with individual agency authorities.”

Such exceptions could cover, for instance, the risk management framework the Department of Energy has already developed to subject certain projects to greater scrutiny if they involve collaboration with countries of concern.

The guidance document reiterates that disclosure policy violations can warrant a range of consequences, including criminal and civil penalties as well as administrative actions, such as rejecting an application, dropping personnel from a grant, and barring personnel or entire organizations from receiving future funding. It states that agencies’ inspectors general should investigate possible violations and refer cases to appropriate offices at the Department of Justice “when warranted.”

Citing the need to preserve “an appropriate level of flexibility for agencies and research organizations,” the document does not set specific guidelines covering what sorts of consequences are appropriate for what sorts of violations. Instead, it lists factors agencies may consider when deciding their course of action. These include the “harm or potential harm” caused by the violation, the researcher’s knowledge of the requirements, whether it is an isolated incident or part of a pattern of violations, and whether the researcher was forthcoming in correcting omissions and mistakes.

The document also states, “Agencies should strongly encourage self-disclosure and correction of omissions and inaccuracies, including by ensuring that self-disclosure will be taken into consideration during the process of administrative resolution of noncompliance with disclosure requirements.” Researchers and their employers are also to be given the opportunity to contest proposed punitive actions.

The document further notes the interagency research security panel will develop a “standard operating procedure template” that will lend further guidance on agency roles and responsibilities for addressing disclosure violations.

In addressing the issue of disclosure, Lander has since the beginning of his time in the White House endorsed the idea of implementing an “electronic CV” system that enables researchers to easily update their information in a single location so that it can be accessed across science agencies.

The guidance document promotes the use of “digital persistent identifiers” (DPIs) as a way to implement that idea. Many researchers already use DPIs such as the Open Researcher and Contributor ID (ORCID) to attach their identity to work published across different digital platforms.

The document states that all science agencies “should provide the option of using a DPI service for disclosure,” though it adds they may retain the option for grant applications to be processed without such a service. It also states that agencies should use private-sector DPI services “to the greatest extent possible” and ensure they are available “at no cost to the researcher.”

The document encourages creators of DPI services to design tools that account for all the types of information agencies will require researchers to disclose. “From our perspective, we are not looking to favor one solution over another; we simply want all such solutions to meet the needs of both researchers and agencies,” it states.