US Expanding Disclosure Requirements for Scientists

Federal agencies are expanding disclosure requirements for the scientists they fund in response to a new research security policy from the White House, but are facing pushback from university groups concerned about the scope of information sought. 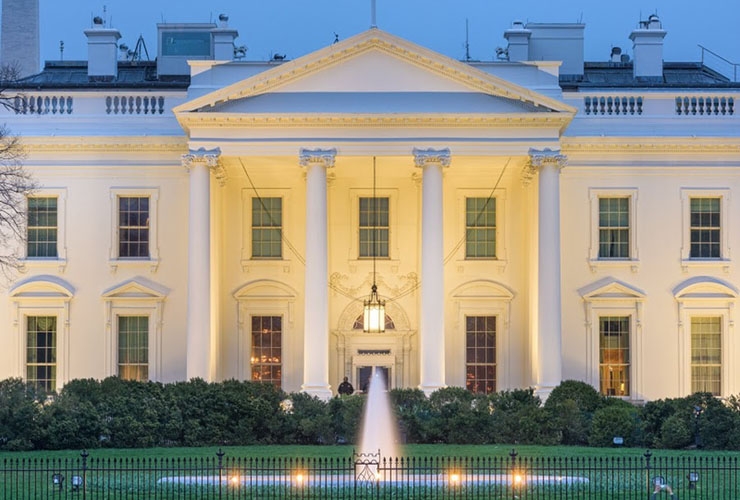 Federal agencies are preparing to implement new disclosure requirements for scientists outlined in National Security Presidential Memorandum-33, a document issued by the White House on Jan. 14. Although it is already routine for scientists to report certain biographical and financial information during the grant application process, NSPM-33 establishes minimum standards across agencies for what information must be collected.

Enhancing disclosure has become a priority for policymakers seeking to identify scientists who maintain problematic ties to foreign institutions, such as employment arrangements that could lead to “hidden diversions” of intellectual property. The Trump administration developed the memorandum amid a crackdown on violations of existing disclosure policies that has led to the sanctioning, firing, or arrest of dozens of U.S.-based scientists after they were found to have undisclosed ties to foreign institutions, mainly in China.

While preserving the option to modify NSPM-33, the Biden administration is moving ahead with the new policy, and last month the National Institutes of Health expanded its disclosure requirements accordingly. These moves come in spite of a petition from universities for the Office of Science and Technology Policy to consider suggestions for changes to the memorandum before proceeding.

NSPM-33 delineates responsibilities for research security policy across the government, including by establishing what agencies must ask scientists to report when applying for funding or participating in certain activities within the federal research enterprise. The disclosure requirements apply to principal investigators as well as to “other senior/key personnel” on federal grants, agency program officers, researchers at federal labs, peer reviewers, and advisory committee members.

By next January, agencies must require that all these types of personnel indicate if they have applied to or currently participate in any “foreign government-sponsored talent recruitment program,” defined as “an effort directly or indirectly organized, managed, or funded by a foreign government or institution to recruit S&T professionals or students.” Agencies must also require personnel to disclose the underlying contract upon request. The new NIH policy requires these documents be translated, if necessary.

More broadly, all personnel listed must disclose employment relationships and organizational appointments, including honorary and unpaid positions. In addition, all personnel except peer reviewers and advisory committee members must disclose all sources of “other support” they receive, defined as any current and pending resources relevant to their “professional R&D efforts,” even if they are in-kind contributions with no monetary value.

For all categories of disclosure, the required information must be provided to the agency when the personnel apply for funding, are hired, or are “assigned relevant duties,” with updates made at least annually and procedures put in place for individuals to have “reasonable recourse” to make corrections.

NSPM-33 does not spell out exactly how agencies can use the information, though it notes one purpose of the disclosures is to help reveal financial conflicts of interest or “conflicts of commitment,” defined as including cases where individuals have overcommitted their time to different projects or have obligated themselves to improperly share or withhold relevant information.

It also outlines various enforcement actions for agencies to consider in cases of nondisclosure, ranging from removing violators from grants to prohibiting them from receiving federal funding in the future. Agencies are further instructed to share information with each other on known violators and to consider notifying each other about “cases where significant concerns have arisen but a final determination has not yet been made.”

Alongside the memorandum, Trump’s OSTP released a report produced by an interagency panel that outlines “recommended practices” for non-federal research institutions to improve research security and integrity protections. The report suggests that such institutions collect disclosure information from a broader set of personnel than those identified in NSPM-33, including postdocs, graduate students involved in research, and visiting scholars who participate in research for extended periods.

The disclosure frameworks advanced by both documents are country-agnostic and apply to both domestic and foreign sources of research support, though NSPM-33 does identify actions by the Chinese government as presenting a particular concern.

Requirements extend beyond those in new law

Even prior to NSPM-33’s release, several agencies had begun to substantially clarify or expand their disclosure policies, including the National Science Foundation, Department of Energy, Department of Defense, and NIH. University administrators have struggled to keep up with the changes and have pushed for the government to harmonize requirements across agencies.

Although standardization is a primary aim of NSPM-33, university associations have raised concerns about differences in scope between the memorandum and a provision in the most recent National Defense Authorization Act, which also sets out minimum disclosure requirements. One of the petitioners, the Council on Governmental Relations, has observed that the memo and recommended practices report go “well beyond” what the NDAA requires and noted there is a concern that agencies may ultimately use the recommendations as a “checklist” of requirements.

Commenting on the new NIH policy specifically, COGR has stated its member institutions have raised concerns about “the time and burden associated with collecting and uploading contracts/agreements and privacy concerns related to nondisclosure or confidentiality requirements in those agreements.” It also identified a “lack of clarity regarding what type of consulting activities must be disclosed [and] difficulty in determining when certain students who work in labs should be considered as ‘in-kind’ support.”

COGR has created a spreadsheet that catalogues differences between NSPM-33, the recommended practices report, and the NDAA provision, as well as differences between the current NSF and NIH policies. It has asked the White House to modify NSPM-33 so that it aligns with the NDAA provision and to “include a carve-out from the requirement to report in-kind support for academic collaborations that exist solely for the purpose of co-authorship of fundamental research where the results will be made publicly available,” noting that DOE’s policy includes such an exemption. 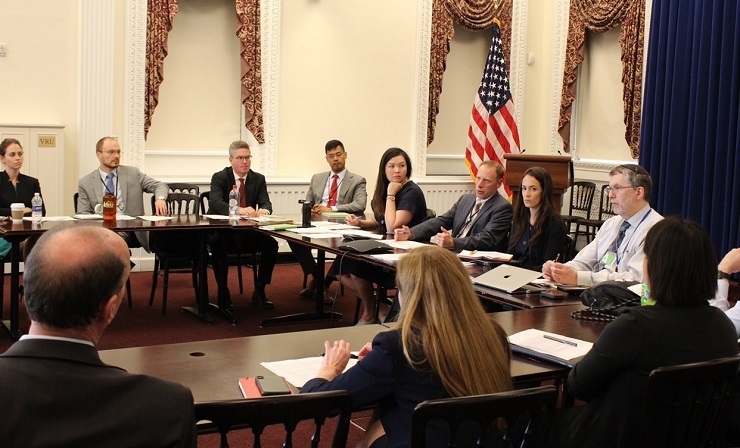 The Biden administration’s retention of NSPM-33 was confirmed last month by OSTP official Aaron Miles at a meeting of the National Science, Technology, and Security Roundtable, an advisory body that Congress recently created to increase dialogue between the research, law enforcement, and intelligence communities. Miles was detailed to OSTP from Lawrence Livermore National Lab during the Trump administration and stayed on through the presidential transition.

Roundtable members probed the intended scope of the disclosure requirements and recommendations. For instance, MIT Vice President for Research and Roundtable Co-Chair Maria Zuber remarked, “There’s a great deal of ambiguity in some of the recommendations where it will be difficult for us to know whether we're being compliant or not.”

She also raised concerns that some agencies are requesting information specifically about foreign nationals who are working on federal grants.

“I personally and my institution fully believe that the government has the right to understand who is working on federal grants, but you're asking for the information on a subset of our population, not everybody. So, that's a violation of our non-discrimination policies,” she said. (Through a spokesperson, Zuber declined to provide an example to FYI of an agency that has sought such information.)

Miles replied that neither the memorandum nor the recommended practices report calls for information to be collected specifically on foreign nationals, though he acknowledged the documents do not preclude individual agencies from establishing additional disclosure requirements.

Stanford University Vice Provost Kathryn Moler asked if OSTP had assessed the expected administrative burden associated with the recommendations as well as the “potential costs of chilling effects or forgone collaborations.”

Miles replied that “the general approach here was to consider actions or recommendations that would not involve a huge administrative burden or cost.” He stressed that the recommendations are not mandatory and welcomed feedback on aspects of them where the implementation cost is found to outweigh the benefit.

OSTP is currently awaiting Senate confirmation of President Biden’s nominee for its director, Eric Lander, who has not commented publicly on NSPM-33. However, it recently hired Jason Matheny as its deputy director for national security issues. Matheny previously led the Intelligence Advanced Research Projects Activity and holds a joint appointment on the staff of the National Security Council. He was scheduled to speak with the roundtable along with Miles but was called away in association with his White House duties.