Despite the sometimes-negative reputation Wikipedia has as an untrustworthy source that can be altered with misinformation, it is known by many as a fantastic and easily accessible window to vast amounts of knowledge surrounding nearly any topic. Many librarians around the world celebrate Wikipedia and the possibilities it brings to patrons and researchers.

In fact, a campaign exists that allows librarians to contribute to Wikipedia by adding accurate information and reputable sources, especially to pages that lack citations. The campaign is called 1Lib1Ref, and its purpose is to challenge every librarian to tackle just one reference on one Wikipedia page between January 15th to February 5th (and again in May/June!). Check out the details here. The collective result is a more informative and reliable Wikipedia which simultaneously allows librarians and archivists to promote the collections they love!

My colleague, Audrey, shared the campaign with our library and archives team and we all thought it was a great idea! We challenged ourselves to find Wikipedia pages lacking in information and/or sources that were relevant to our collections and contribute to them.

To promote the work we did, we are basing the Photos of the Month for January on our Wikipedia updates! Each photo will depict the person or entity whose Wikipedia page (or a page related to their work) was revised by our staff. 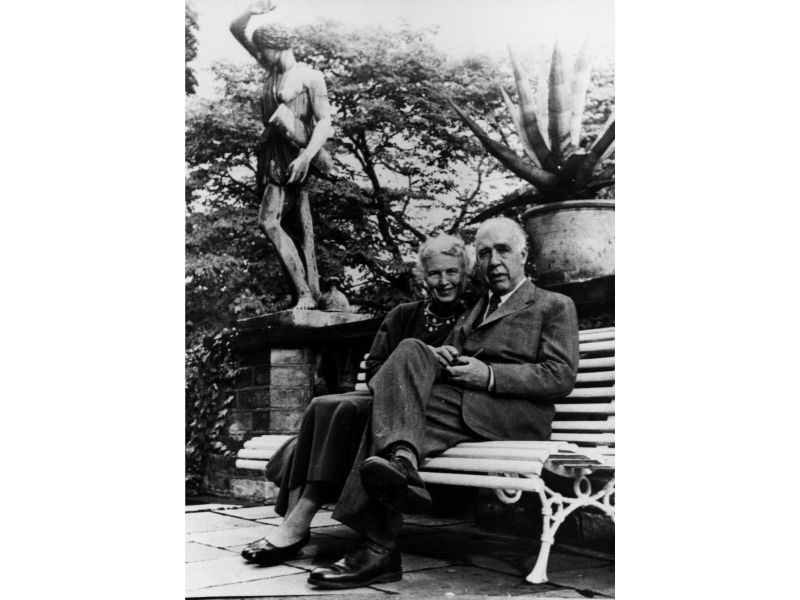 Margrethe and Niels Bohr sit on a bench outside of the Carlsberg Honorary Residence.

Sam: In my searching, I found that the Wikipedia page titled “Planck-Einstein relation,” was in need of a citation. Specifically, it lacked a source to confirm the accuracy of a description of Bohr’s frequency condition. Although I have a rather limited understanding of this principle and its formula, I found a source which I felt confirmed the concept quite well. So, this became the citation I chose to complete.

But, still wanting to make a connection back to our collections, I decided to also add to the Wikipedia page about the Bohr family (since Niels Bohr’s individual page cannot be edited, interestingly). I wanted to add details about the Bohr family and their interactions, so I mentioned that many of Niels Bohr’s papers were scribed by his family- specifically his mother, Ellen, his wife, Margrethe, and his brother, Harald. This apparently took place because Niels had difficulty with spelling and would often have to start over to correct mistakes (thank goodness for spell check!). Did you know that? Margrethe talks about it in part one of her oral history interview. I found this to be a worthwhile addition not only because it is interesting, but also because it sheds light on the immense support Niels received from his family (and to think that Margrethe wasn’t even mentioned on the Wikipedia page!).

Since I had referenced Margrethe Bohr’s words about Niels, I thought it appropriate to share a photo of both of them with you! Here they are, sitting on a bench outside of their house. Interestingly, the house was given to Niels by the Carlsberg Foundation as an Honorary Residence for his lifetime (and as if a house is not enough, it also included unlimited free beer from the Carlsberg brewery next door!).

Allison: I started my search with the ESVA website because my first priority was making sure I found someone with an interesting photo. I love Charlotte Moore Sitterly’s portraits (don’t make me choose!) especially these: 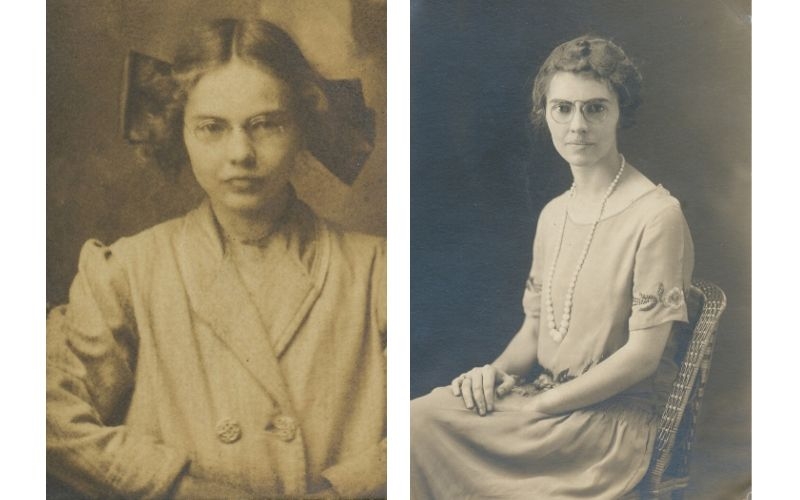 Then I searched the oral history database for her name and lo and behold this wonderful oral history with David Devorkin appeared. I was fascinated to read about her early life and her challenges in undergrad as well as how hard she worked for Henry Norris Russell and throughout her career, going from a working-student to a human computer and later a research assistant and professional astronomer. I updated Moore Sitterly’s page with some quotes from her oral history, about her early life and some small corrections about her personal life (she met her future husband at Princeton in the 1920s but they didn’t get married until 1937). I also updated Henry Norris Russell's page linking back to Charlotte Moore Sitterly because it hadn’t previously mentioned her. 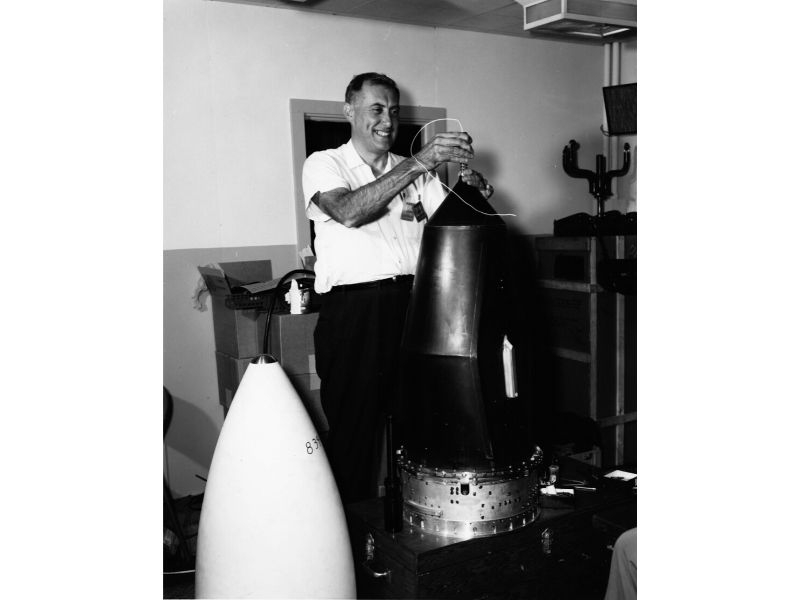 William Fastie working with one of his Ebert spectrometers at the Wallops Island launch facility.

Sarah: My 1Lib1Ref contribution focused on the optical physicist and spectroscopist, William George Fastie. The following statement in Fastie's Wikipedia article  needed a citation: “At the end of the War [Fastie] joined Leeds & Northrup as a research physicist, but was lured back to Hopkins in 1951 by the professor of physics, John D. Strong.”

Our 1983 oral history interview with Fastie substantiated that claim:

Fastie:  "At this time, then along comes John Strong, whom I had met during the war, and who was professor of physics here, and says, “Fastie, that's an important spectrograph. Why don't you come back to Hopkins and develop it”? And the Korean War was coming up, and I figured, well, I'm going to leave here anyhow. Hopkins would be a great jumping-off point to my next job. (laugh). Unfortunately, I haven't been able to find another job in the 30 years since then, but (laughs) that's exactly the way I thought about it.  It would be a marvelous thing to do, because I'm going to leave Leeds and Northrup."

Fastie's oral history interview is a fascinating read. While much of his research was in optics and spectroscopy, the interview also details Fastie's work in astronomy and life growing up in Baltimore in the 1920s. 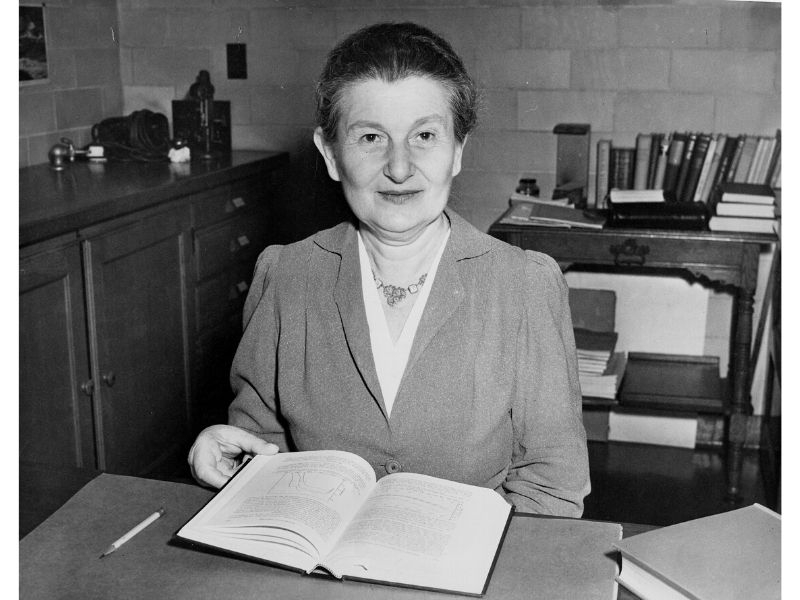 Portrait of Hedwig Kohn taken in her office at Wellesley College.

Audrey: I edited the wikipedia page of physicist Hedwig Kohn for the second year in a row for #1lib1ref! Using her Physics Today obituary as my main reference, I added details about the various positions she held during her time at Wellesley College and listed the professional associations she was a member of in the United States. I also added an external link to the catalog record of her papers, held here at AIP in the archives. Her papers are comprised of documents detailing her time in secondary school in Breslau (including her Gymnasium grade book - she mostly got “gut” (“good”) marks in physics class!), personal ephemera, and some satirical publications from her time at the Physics Institute at Breslau. I found a sweet(?) poem in one of these publications, written by a fellow student:

(Translated with the assistance of Google Translate!)

do I go when I have spare time,

when I need or am looking for something,

when I want to complain?

Although this poem doesn’t quite fit into Wikipedia’s encyclopedic guidelines and didn’t make it into her article, I was delighted to find it, as it shows that Hedwig was valued by her cohort. Providing a link between her wikipedia page and the record of her papers may show casual researchers that there are primary sources easily available. 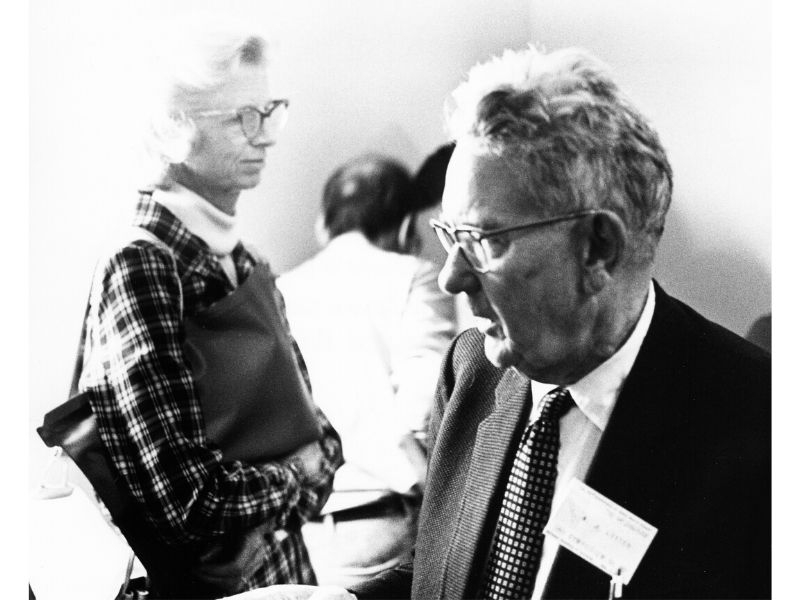 Corinne: We updated American astronomer Dorothy Locanthi’s article to include the subject of her master’s thesis and a story from her career. Her mother broke her foot in the last year of her research position at Princeton, so she went to St. Louis to help her and ended up teaching high school physics there for a period because the usual physics teacher had left to do work for the war. Her advisor, Henry Russell, was worried that she would stay there and not come back to Princeton, so he visited her and her mother in St. Louis to encourage Locanthi to come back to Princeton as soon as possible.  We got these details from her oral history.

NBLA has a collection of Dorothy Davis Locanthi’s photos. Here is one of these photos: Henry Russell, who visited her in St. Louis to encourage her to come back to Princeton, walking outdoors. 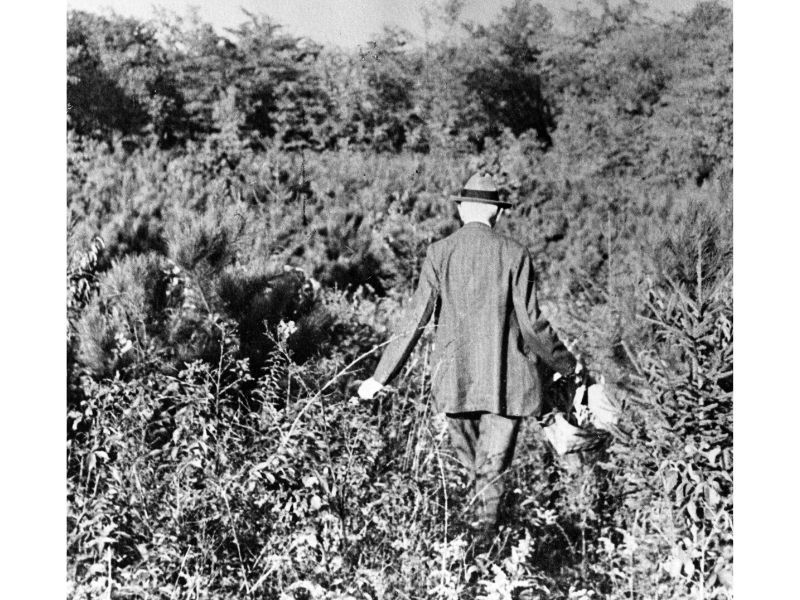 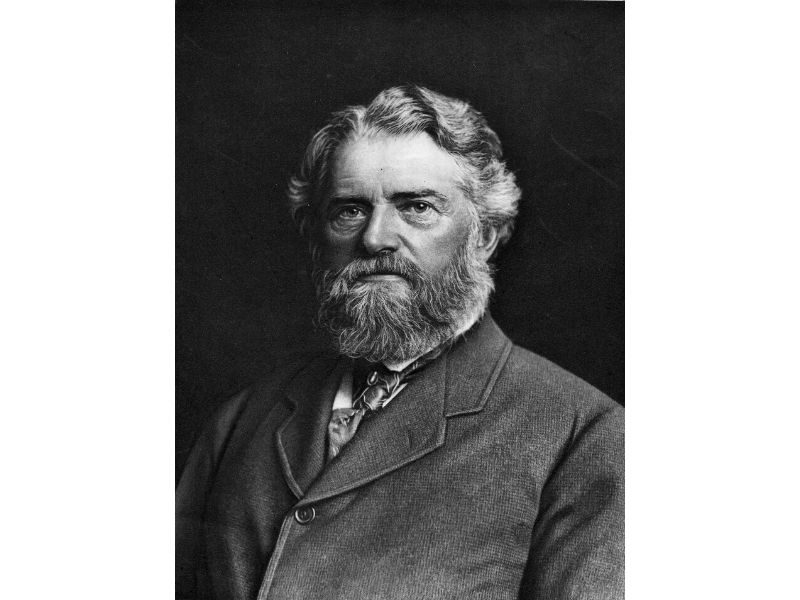 Chip: Not knowing where to start, I used the Citation Hunt tool from Wikimedia Toolforge to search for pages about American Astronomers. The page for Simon Newcomb needed citations in the section on his Personal Life; basic facts on his children and on his wife Mary Caroline Hassler’s father and grandfather. Because we have so much biographical information on physicists, I suspected we would be able to resolve these. I found two sources which had already been cited elsewhere on Newcomb’s Wikipedia page, which helped because I went into this with no experience in citing sources on Wikipedia. I also corrected an error; the page originally stated that Newcomb and his wife had four daughters.

That’s all for this month! Only time will tell if Wikipedia will keep our updates and additions (they are known to be pretty strict when allowing new information to be added to the site!), but we are hopeful that you, as well as the larger Wikipedia community, learned a thing or two in the meantime! And remember, you don’t have to be a librarian to take part in 1Lib1Ref or to contribute to Wikipedia on your own! If you have reliable sources and knowledge on a particular subject, we encourage you to share them!

Thank you, as always, for joining us in taking a look at this month’s photos!