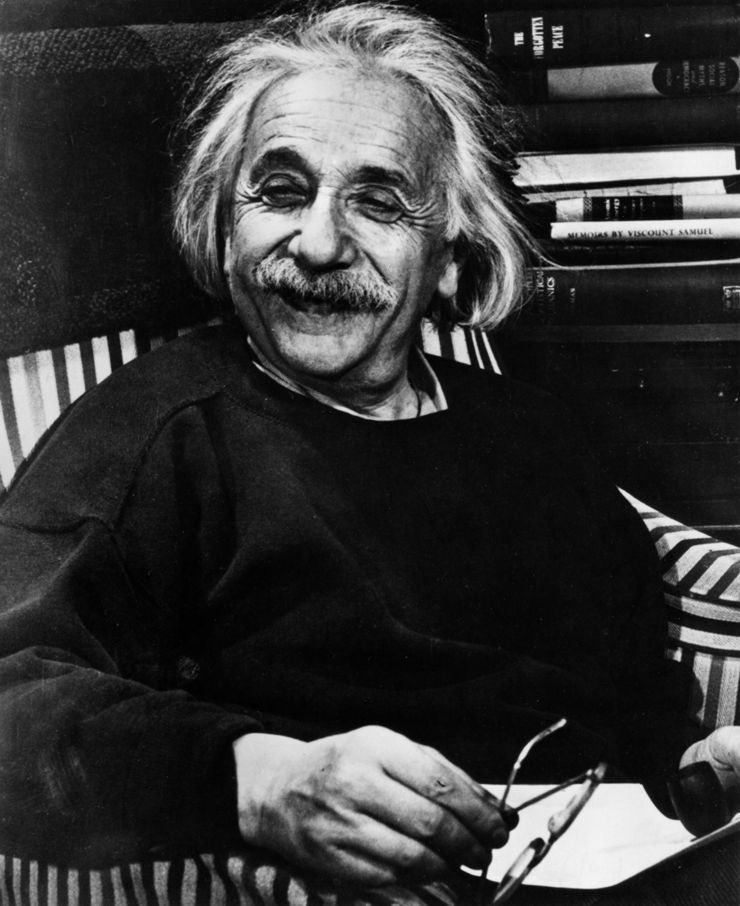 It is a delight to explore the exceptional works of physicists which are part of the Wenner Collection, one of the recent big additions to the Niels Bohr Library & Archives, received in 2018. As a cataloger, I explore every item from this collection, and I strive to make the book or serial description as comprehensive, relevant, and useful for our researchers as possible.

Many of the books in this collection are rare, old, and hard to find and read outside of libraries. However, among the books in the Wenner Collection, there are some that are discoverable in later publications. They are enjoyable as companions for our leisure time, or serve as sources for contemplation and comparison with our personal point of view. One of these books is Essays in Humanism (1950) by Albert Einstein, a book which is currently available in print and as an eBook version in bookstores or on the Internet Archive website. The essays in this book were written between 1931 and 1950, during the aftershock of The Great Depression.

The scope of Einstein’s Essays in Humanism is wide, and the richness of the language is delightful. The expressed opinions reveal the point of view of this encyclopedic humanist who is thinking about the world in many dimensions. Einstein’s other popular essays are collected in The World As I See It (1931), Essays in Science (1934), and The Theory of Relativity and Other Essays (1996, ©1950). The Center for History of Physics has a special virtual exhibit on Einstein's opinions and his contributions to humanity.

Whenever we have time to read a book beyond a specific research purpose, perhaps for inspiration or just to refresh our minds, Einstein’s Essays in Humanism (1950) are a great choice. They are exceptionally easy to read, rich in metaphoric language and clear messages revealing his social and scientific philosophy. He writes them with the full recognition that his opinions and statements related to everyday life and politics may not be popular and acceptable by some people, and that this is fine. He explains his point of view and his right as a human to have his opinion and freedom to voice it (essay “At a Gathering for Freedom of Opinion”). It is such a strong message to society that its members should actively look at what is going on and build relations between individuals that are humane, prevent hostility, and practice social justice. He analyzes the reasons for historical ethnical stereotypes and how ethnic oppression can transform into motivation for success for Jews (essay “Where Oppression Is a Stimulus”). As a naturalized citizen of the United States and a minority person, he presents his opinion on slavery and racial inequality (“The Negro Question”). As a physicist, he points to the importance of science in prevention of new world conflict (“Atomic War or Peace”).

In one of his very short essays, only half a page (“International Security”), he sees a reason for an active role of the United States in “building up an international court of arbitration” (p.76, Essays in Humanism), and solving international disputes. In some other politically flavored essays in the same book, Einstein's statements challenged the people of his time, and they provide food-for-thought for readers today as well, for example his reflections on socialism (“Why Socialism?”). However, there are many other essays on the impact of education and scientific discoveries on human life which are very popular. For example, several of the essays in the book are Einstein’s reflections on great minds in different areas of science and political life (Isaac Newton, Marie Curie, Max Planck, Mahatma Gandhi, Carl von Ossietzky, etc.) All these essays present Einstein’s views on the world, on peace, on relations between nations, on majorities and minorities (racism and anti-Semitism), on how much we depend on society and science. These essays show that indeed Einstein was thinking and living his life among real people. He was one of the intellectuals of his time to see, analyze, and speak freely about various world issues. 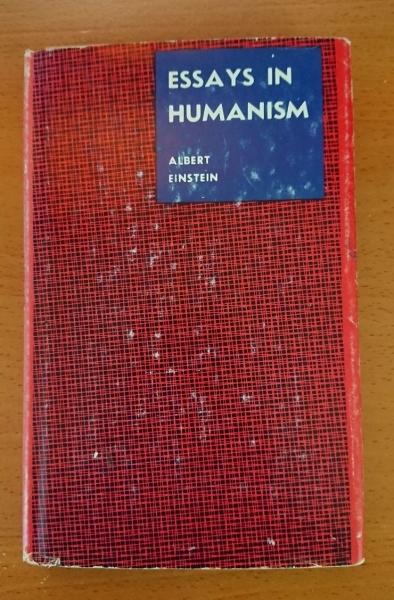 Front cover of Essays in Humanism by Albert Einstein, 1950.

If you read the essays in this book, you will be amazed to see how little the world has changed since the 1940s. Still the same issues, still the same challenges to humanity. Human nature is changing very slowly. We may need to learn faster from political, social, and science history.

I want to mention one more of these essays which has a strong connection to the current pandemic situation. In “The Menace of Mass Destruction,” Einstein compares the means of mass destruction with a “menacing epidemic” (p.69, Essays in Humanism). He points out that in both situations, the fear and anxiety create aggression, and the efforts for intelligent, objective and humane thinking are “suspected and persecuted as unpatriotic” (p.69). Einstein sees a productive way to solve such a challenging situation by getting all experts together “to work out an intelligent plan to combat” the epidemic. Similar statements have been very popular recently in the media. Currently, researchers in sciences and medicine are working hard to make that happen, and hopefully, we will see the results of these efforts soon.

Einstein is a master of the essay genre. His essays have simple and powerful messages. They are a real pleasure to read. If you are trying to relax, or trying to find an inspirational quote for a given reason, this tiny volume Essays in Humanism won’t disappoint you. Reading this book is perhaps an opportunity to compare and rethink our approach to the world.

Popova, Maria. “7 Einstein Classics, Digitized for the First Time: What the theory of relativity has to do with world government and the ethics of nuclear proliferation.” Accessed May 27, 2020. https://www.brainpickings.org/2011/03/18/albert-einstein-ebooks/