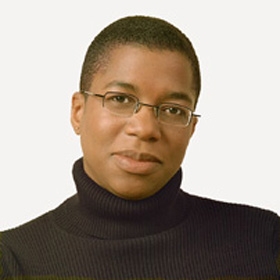 Top Prize for Cultural, Artistic or Humanistic Contributions to Physics Goes to Self-Proclaimed "Science Evangelist" who Reaches Diverse Audiences Through Her Lectures, Videos and Books

WASHINGTON, D.C., July 7, 2015--Ainissa Ramirez, a self-described "science evangelist," is the winner of the 2015 Andrew Gemant Award, an annual prize recognizing significant contributions to the cultural, artistic or humanistic dimension of physics, the American Institute of Physics (AIP) announced today.

"Ramirez is both a standout scientist and a stellar communicator," said Catherine O'Riordan, vice president of Physics Resources at AIP. "Her tireless commitment to sharing the thrill of discovery is helping change public perceptions of science and excite a new generation of future scientists."

Ramirez received her Ph.D. in materials science and engineering from Stanford University. She proved her mettle as an extremely successful researcher, first at Bell Laboratories in Murray Hill, New Jersey, and then as an associate professor at Yale University. MIT's Technology Review named her as one of the world's 100 Top Young Innovators of 2003 for creating a universal soldering material. She has authored more than 50 papers and holds six patents.

But, she has also looked outward, nurturing a talent for teaching from early in her career. While at Yale, she founded an immensely popular science lecture series for families called Science Saturdays and hosted two series of short science videos: Material Marvels and Science Xplained.

Science Saturdays won the Elm-Ivy award for strengthening the relationship between Yale University and the surrounding city of New Haven. The program drew participants of all ages and backgrounds from across New England, New York and New Jersey.

Ramirez credits the television show 3-2-1 Contact with sparking her interest in science as a child. "I saw a little African-American girl doing science, and with her, I saw my reflection," she said. That experience guides her current outreach efforts, as she seeks to inspire students who might not otherwise get involved in science. "I think it's important to see someone who might look like you or might have a similar background -- to know that you're not isolated," she said. Her colleagues speak highly of her commitment to making science fun and accessible to a wide audience.

Ramirez now devotes herself to this mission full-time, and she is a sought-after speaker. Her 2012 TED talk sparked a national conversation on science education and has led to a steady stream of speaking engagements at schools across the country. She also co-authored Newton's Football: The Science Behind America's Game, an exploration of the physics of football.

For Ramirez, though, these efforts are just the beginning. She expressed deep gratitude for the Gemant Award, which she described as one of the highest aspirations for scientists who become science communicators. "I take this as another sign that I'm going in the right direction,” she said. Currently, she is writing a book on the role of materials in history and co-hosting Science Underground, a podcast that will launch this summer.

Ramirez will be presented with the award on July 28 at the American Association of Physics Teachers' 2015 Summer Meeting in College Park, Maryland, where she will also deliver a public lecture, which is free to attend. The lecture will be from 4:00-5:00 p.m. EDT on Tuesday, July 28 in the Hoff Theater at the Stamp Student Union on the University of Maryland main campus in College Park. More information: http://aapt.org/Conferences/sm2015/session.cfm?type=plenary

The award includes $5,000 in cash to the winner and a grant of $3,000 to further public communication of physics at an institution of the winner's choice. Ramirez has named as the recipient of the grant the Jersey City Public Library-Marion Branch, where she spent many hours reading and learning as a child.

Ainissa G. Ramirez, Ph.D. is a “science evangelist” who is passionate about getting the general public excited about science.  She co-authored Newton’s Football: The Science Behind America’s Game (Random House) and authored Save Our Science: How to Inspire a New Generation of Scientists (TED Books).

Ramirez received her Ph.D. in materials science and engineering from Stanford University. She worked as a research scientist at Bell Laboratories before joining the faculty at Yale University. At Yale, she was the director of the award-winning science lecture series for children called Science Saturdays and hosted two popular-science video series called Material Marvels and Science Xplained.

She now devotes her full energy to communicating science to the public. Besides writing books, she speaks internationally on the importance of making science fun and has served as a science advisor to the American Film Institute, WGBH/NOVA, the American Association for the Advancement of Science (AAAS) and several science museums.

The American Institute of Physics is a federation of scientific societies in the physical sciences, representing scientists, engineers, and educators. AIP offers authoritative information, services, and expertise in physics education and student programs, science communication, government relations, career services for science and engineering professionals, statistical research in physics employment and education, industrial outreach, and history of the physical sciences. AIP publishes Physics Today, the most closely followed magazine of the physical sciences community, and is also home to the Society of Physics Students and the Niels Bohr Library and Archives. AIP owns AIP Publishing LLC, a scholarly publisher in the physical and related sciences. See: http://www.aip.org