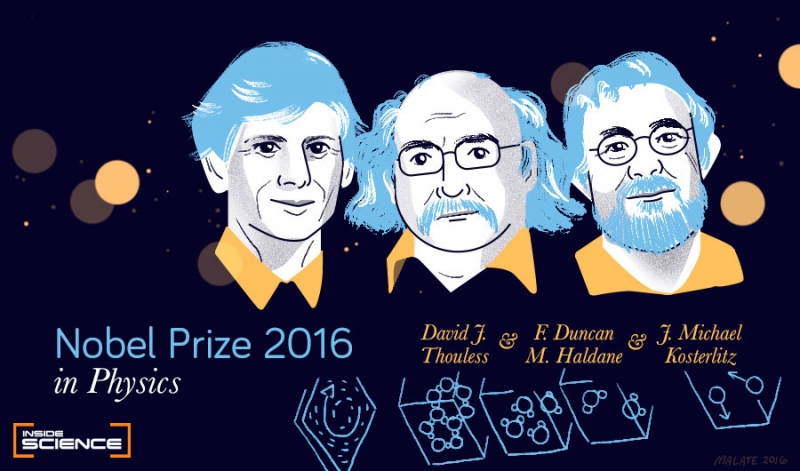 Overview from Inside Science

This year's Nobel laureates in physics developed theories in condensed matter physics that greatly advanced the understanding of topological phases of materials, which revolutionized the way scientists view many exotic physical phenomena. These include material properties with great potential for future applications such as superconductivity, which lets electrons travel through materials with zero resistance, and superfluidity, which lets fluids flow with zero loss of kinetic energy. The study of topological materials is now one of the most intensively researched areas in condensed matter physics, largely owing to its potential use in electronics and other materials science related technology. More: https://www.insidescience.org/news/2016-nobel-prize-physics-update

"We at AIP offer our warmest congratulations to David J. Thouless, F. Duncan M. Haldane, and J. Michael Kosterlitz for winning the Nobel Prize in physics today. Their work exploring unusual states of matter may inspire new materials with novel applications in both materials science and electronics."

David J. Thouless was born in 1934 in Bearsden, Scotland a town just north of Glasgow. He earned his undergraduate degree from Cambridge University. Three years later, in 1958, Thouless received his Ph.D. from Cornell University where he studied nuclear matter under Hans Bethe, who won the 1967 Nobel Prize in physics. From 1965 to 1978 Thouless was Professor of Mathematical Physics at Birmingham University, where he collaborated with fellow awardee Michael Kosterlitz. Thouless made numerous contributions to condensed matter theory and earned the Wolf Prize in Physics in 1990. Since 1980 he has been a professor of physics at the University of Washington in Seattle.

Frederick Duncan Michael Haldane was born in 1951 in London, England. Haldane earned his B.A. degree from Cambridge University, where he also earned his Ph.D. in 1978. Before becoming the Eugene Higgins Professor of Physics at Princeton University, where he has been since 1990, Haldane has held positions at the University of Southern California, Bell Laboratories, and the University of California, San Diego. He has made numerous contributions to condensed matter physics theories, including Luttinger liquids and Entanglement spectra. Currently, Haldane’s research is focused on geometric descriptions of the fractional quantum Hall effect.
http://physics.princeton.edu/~haldane/

John Michael Kosterlitz was born in 1942 in the city of Aberdeen, on the east coast of Scotland. Kosterlitz earned both his B.A. and M.A. from Cambridge University, and his Ph.D. from Oxford University in 1969. His postdoctoral work includes research at Instituto di Fisica Teorica in Torino, Italy, time at Birmingham University, and a stint at Cornell University in Ithaca, New York before becoming professor of physics at Brown University in 1982. Today, Kosterlitz continues research at Brown in condensed matter theory, phase transitions of random systems, electron localization, spin glasses and critical dynamics of melting and freezing.
https://vivo.brown.edu/display/jkosterl

From the Emilio Segrè Visual Archives 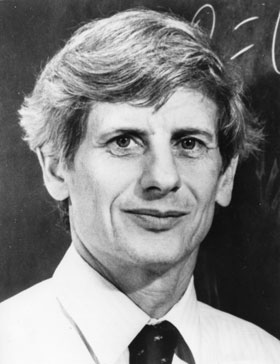 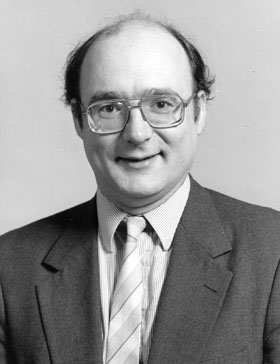 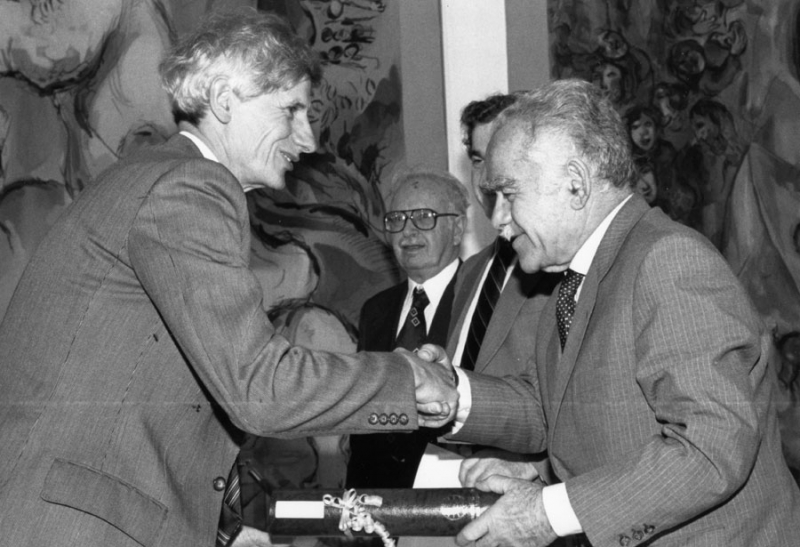