Interview with Subir Sachdev, Herchel Smith Professor of Physics at Harvard University. Sachdev surveys his current research projects which includes a focus on Planckian metals and the Sachdev-Ye-Kitaev model, and he describes the interplay between theory and experiment on the topics he is following most closely. He describes the major advances in spin liquids research, and he recounts his childhood and Jesuit education in Bangalore. Sachdev discusses his undergraduate education at the Indian Institute of Technology and he explains the circumstances that led to his family’s emigration to the United States and his transfer to MIT where Dan Kleppner was a formative influence. He explains his decision to move to Harvard for graduate school, where David Nelson supervised his thesis research related to Nelson’s interests in developing the theory of the structure of metallic glasses. Sachdev describes his postdoctoral work on quantum spins and antiferromagnets at Bell Labs, and research advice he received from Bert Halperin. He explains his decision to join the faculty at Yale, he describes his key collaborations with Nick Read on quantum antiferromagnets and he narrates his increasing interest in cuprates. Sachdev discusses his decision to write Quantum Phase Transitions and he describes the origins of the SYK model and its relevance for black hole research. He discusses his involvement in string theory and his longstanding interests in Bose-Einstein condensation. Sachdev narrates his decision to transfer to Harvard and he describes his work in quantum chaos. He describes his professorship at the Tata Institute and the meaningfulness of being able to travel to and maintain contacts in India. At the end of the interview, Sachdev explains open issues in the theory of pseudo-gap in the high-temperature superconductors, how the SYK model may contribute to the development of a theory of quantum gravity, and he provides a long-range view of developments in the field of strange metals. 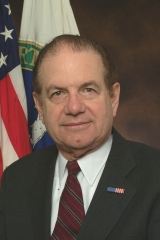