The House Science Committee has approved a package of bills that establish target funding profiles for eight Department of Energy research facility construction projects. The committee also approved four STEM education and research bills, one of which would require federal science agencies to annually report to the National Science Foundation information on the demographics of all R&D grant applicants.

At a Nov. 15 markup, the House Science Committee unanimously approved a package of bipartisan bills focused on Department of Energy research infrastructure and the National Science Foundation’s STEM education and research programs.

Of the four STEM-focused bills, three would direct NSF to increase its focus on women, veterans, and young children, respectively, within certain STEM programs. The fourth would direct NSF to assess the effectiveness of its efforts to broaden the participation of underrepresented groups in STEM fields and would require federal science agencies to annually submit to NSF demographic information on all R&D grant applicants. 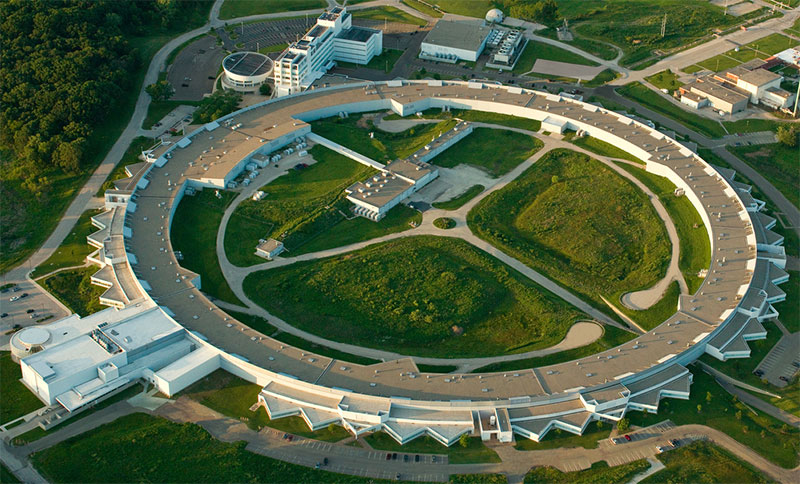 The Advanced Photon Source at Argonne National Lab in Illinois is one of several DOE facilities slated to receive a major upgrade over the coming years.

The below chart displays the funding amounts authorized by the three facility bills. A committee staff member told FYI that the levels were chosen after consulting with DOE and facility host institutions. Although congressional appropriators are not required to abide by funding authorizations, the levels serve as markers of what the committee views as appropriate funding profiles. 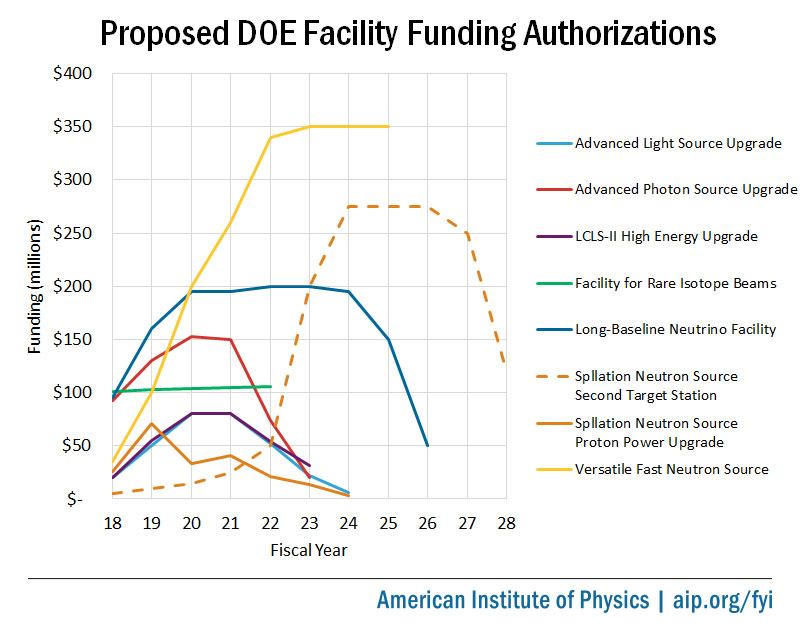 The bills also signal the committee’s strong support for DOE’s user facilities, which several members lauded during the markup.

Similarly, Ranking Member Eddie Bernice Johnson (R-TX) said, “Our laboratories are the crown jewels of American innovation, and the user-driven science facilities at those laboratories and at our universities are the foundation on which our leadership in science is built.”

Johnson also applauded the bills’ specification of funding levels, adding, “I hope we can continue to include funding authorizations in future bills passed out of the committee.” Last year, she lamented that Congress did not include topline funding authorizations for science agencies in the recently enacted American Innovation and Competitiveness Act.

The committee may seek to incorporate these bills into other legislation, such as a bill implementing a potential infrastructure initiative by President Trump or a broader DOE authorization bill, such as the Senate’s “Energy and Natural Resources Act”.

The “DOE Research Infrastructure Act” authorizes funding levels for construction of the Facility for Rare Isotope Beams (FRIB) at Michigan State University and upgrades to the Advanced Light Source (ALS) at Lawrence Berkeley National Lab and the Linac Coherent Light Source-II (LCLS-II) at the SLAC National Accelerator Facility. The “Accelerating American Leadership in Science Act” sets levels for construction of the Long-Baseline Neutrino Facility (LBNF) at Fermilab and upgrades to the Advanced Photon Source (APS) at Argonne National Lab and the Spallation Neutron Source (SNS) at Oak Ridge National Lab.

For the light and neutron sources, both bills direct DOE to follow a 2016 report on facility upgrades produced by the Basic Energy Sciences Advisory Committee. The report stated that a set of five upgrades are “absolutely central” to ensuring the facilities remain world class, although it also noted that there were “significant scientific and engineering challenges to resolve” before initiating the SNS Second Target Station and Proton Power Upgrade projects.

Congress has already begun funding FRIB, LBNF, and the APS upgrade, and the Senate Appropriations Committee is moving to begin most of the other projects. The report accompanying its fiscal year 2018 spending bill for DOE specifies funds to start the LCLS-II and ALS upgrades as well as one of the two proposed SNS upgrades. The figures it specifies for the SNS, ALS, and APS upgrades are equal to the amounts authorized in the House bills, while numbers for LCLS-II, FRIB, and LBNF diverge to varying degrees.

The third bill, the “Nuclear Energy Research Infrastructure Act,” authorizes funding levels for a versatile reactor-based fast neutron source that would be operated as a national user facility. The legislation builds on the committee’s “Nuclear Energy Innovation Capabilities Act,” which advanced last Congress alongside several other bills pertaining to advanced nuclear reactor development, but ultimately did not make it into law.

In its budget request for fiscal year 2018, the DOE Office of Nuclear Energy requested $10 million to establish a versatile fast test reactor R&D program charged with finalizing capability requirements and technical attributes of such a reactor.

The House and Senate Appropriations Committees have taken divergent stances on this request. The report accompanying the House spending bill for DOE specifies $35 million to support development of the reactor. The counterpart Senate report rejects the request, saying “The Department continues to recommend new programs or projects without showing any commitment to follow through with existing programs, especially key programs that show promise, or providing a detailed rationale for canceling those programs or projects. Accordingly, the Committee is reluctant to support a new multi-billion dollar project.”

Among the four STEM-focused bills is the “STEM Research and Education Effectiveness and Transparency Act,” sponsored by Rep. Barbara Comstock (R-VA), chair of the Research and Technology Subcommittee. Comstock explained that the legislation “contains two provisions aimed at providing better information on how to make taxpayer-funded investments in STEM and research and development more effective, transparent, and fair.”

The first provision would require NSF to submit a report to Congress on the effectiveness of its programs for broadening the participation of underrepresented groups in STEM fields. The second would require federal agencies with R&D budgets over $100 million in fiscal year 2017 to annually submit to NSF information on all R&D grant applicants, including demographics and funding outcomes. NSF would then publish a summary of the data.

Johnson, a cosponsor of the bill, noted that the latter provision comes from the “STEM Opportunities Act” she has introduced multiple times. “These data are essential to uncovering any inequities in federal funding for STEM research, and to developing smart policies to address the implicit biases that are typically behind such inequities,” she said.

She also asked Smith, who is retiring from Congress, to consider the full bill. “I continue to ask my good friend Chairman Smith, my hero here, to take up the entire [bill] which has been very well vetted by many experts, and I’m encouraged by this first small step,” she said, grabbing Smith’s hand mid-sentence. “Do this before you leave,” she implored.

Smith replied, “We will renew our efforts and take another look.”