The National Academies has issued a statement of task and selected the leaders for the next decadal survey in astronomy and astrophysics. Meanwhile, proponents of large projects are preparing their submissions for the survey. 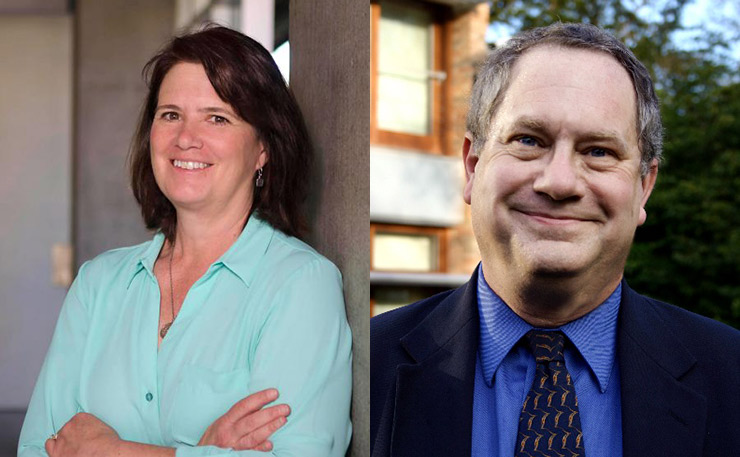 Fiona Harrison and Robert Kennicutt will lead the next National Academies decadal survey for astronomy and astrophysics.

The National Academies announced on Nov. 28 that astronomers Fiona Harrison and Robert Kennicutt will co-chair its next decadal survey for astronomy and astrophysics. Once complete, the survey will succeed the 2010 decadal survey as the authoritative encapsulation of the research community’s priorities. As such, it will provide critical guidance to NASA, the National Science Foundation, and Department of Energy as they plan their astronomy and astrophysics portfolios.

Harrison is a professor of physics and astronomy at Caltech and chair of its Division of Physics and Mathematics. She also chairs the National Academies Space Studies Board and is principal investigator of NASA’s Nuclear Spectroscopic Telescope Array (NuSTAR) mission. Kennicutt currently holds appointments at the University of Arizona Steward Observatory and Texas A&M University. Until his retirement last year, he was Plumian Professor of Astronomy and Experimental Philosophy at Cambridge University and director of the university’s Institute of Astronomy.

Harrison and Kennicutt will now take over leadership of the survey from the National Academies’ standing Committee on Astronomy and Astrophysics (CAA). Among the tasks immediately facing them are recruiting other survey committee members, deciding on the survey’s panel structure, and gathering an initial round of input from the research community.

Known in shorthand as Astro2020, the survey is due for release about two years from now. The National Academies issued the survey’s statement of task and additional details regarding its scope on Oct. 29.

Survey seeking participation from across the community

At a CAA meeting at the end of October, committee members discussed issues surrounding Astro2020 preparations, including how to encourage participation from a representative selection of the research community, particularly younger researchers.

To address that issue, the National Academies convened a focus session in early October, bringing together 50 early-career researchers to explore issues bearing on the ability of people at their career stage to contribute to the survey. Scott Ransom, a researcher at the National Radio Astronomy Observatory, reported to CAA,

Later, Ransom observed that tenure-track faculty members at the session said it would be difficult to participate on panels without some relief from responsibilities such as teaching.

Jim Lancaster, director of the National Academies Board of Physics and Astronomy, said Astro2020 committee and panel members will be recruited through a nomination process that will take diversity in both demographics and expertise into account.

The survey’s principal mechanism for obtaining community input is white paper submissions. The National Academies has already issued an initial call for white papers focused on science questions, and submissions will be accepted between Jan. 7 and Feb. 19, 2019. There will likely be additional calls for papers on other subjects, including potential projects and missions that the survey might recommend. The survey will also gather input via a town hall session at the January meeting of the American Astronomical Society.

There was an extended discussion at the October CAA meeting about ways to gauge how well the white paper submissions reflect the professional and demographic diversity of the research community. Committee members focused particularly on how to encourage all authors of multi-author white papers to respond to a confidential survey about their backgrounds. One suggestion was to “quarantine” white papers and then release them to the Astro2020 committee once many or all of the authors had responded or opted out. However, there was uncertainty about how such a process would work in practice.

Aside from endeavoring to attract input from a diverse selection of the research community, the Astro2020 survey will itself be conducting an intensive assessment of the “state of the profession.” The survey’s statement of task makes clear this will include an analysis of the “workforce and demographic issues in the field.” 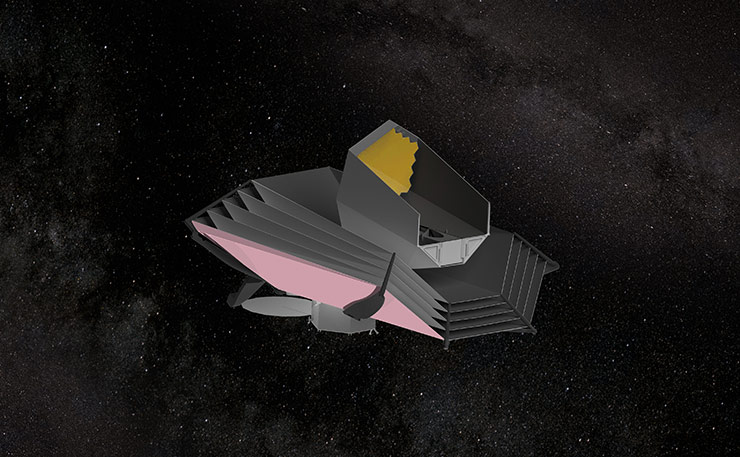 The Origins Space Telescope is one of four space telescope mission concept studies being prepared for the Astro2020 decadal survey.

While the National Academies prepares for Astro2020, leaders in the astrophysical sciences community are preparing their submissions relating to large-scale projects.

In its consideration of ground-based astronomy facilities, the survey will focus on plans for two pathbreaking telescopes that have been in the works for some time: the Thirty Meter Telescope (TMT) in Hawaii and the Giant Magellan Telescope (GMT) in Chile. To prepare for the survey, the planning teams for those facilities have entered into a collaboration with the National Optical Astronomy Observatory (NOAO) called the U.S. Extremely Large Telescope (US-ELT) Program.

This past summer, US-ELT organized a number of teams to develop model collaborative investigations called Key Science Programs (KSPs) that would take advantage of TMT and GMT. Currently, a selection of these teams are working with NOAO to prepare a US-ELT Program package for submission to the survey in early spring 2019. The program is also encouraging all the KSP teams to submit their own white papers to the survey.

Meanwhile, NASA is supporting studies of four large strategic space telescope mission concepts. Earlier this year, CAA submitted comments to NASA on how the studies could be made more useful to the survey, including by submitting information on how the missions might be descoped or upgraded in response to budgetary changes. In accord with that request, in June NASA directed the mission concept teams to develop a second, less costly version of their mission architectures.

At the October CAA meeting, NASA Astrophysics Division Director Paul Hertz told the committee the mission concept teams will develop their own cost estimates, which NASA will internally review through a Large Mission Concept Independent Assessment Team (LCIT) that it is setting up. Hertz said NASA would then pass LCIT’s evaluation back to the concept teams, aiming to deliver their final studies to the decadal survey in July 2019.

Hertz also recounted that NASA had issued a call for potential medium-scale “probe-class” mission concepts and selected 10 from a total of 27 submissions to support for further development. Referring to the concepts as “notional mission archetypes,” he said they would be less mature than the large-mission concepts. He noted that the 17 concepts NASA did not select could be independently submitted to the survey as white papers.

If Astro2020 recommends one or more of the probe-class missions, Hertz said NASA would further advance the studies of them. But he said NASA is also interested in the survey offering general guidance based on the probe-class concepts as to how NASA might incorporate medium-scale missions into its portfolio.

The committee and Hertz also discussed a provision in the survey’s scope directing it to assess NASA’s commitments to three planned missions considered in the last survey: the Wide Field Infrared Survey Telescope (WFIRST), Advanced Telescope for High-ENergy Astrophysics (ATHENA), and Laser Interferometer Space Antenna (LISA). ATHENA and LISA are led by the European Space Agency.

While missions NASA has not yet "confirmed" would ordinarily be reprioritized in a new decadal survey, Hertz explained that NASA regards these three as part of its “baseline plan.” He said the agency is interested in the community’s view of whether investment in them should be continued, increased, decreased, or discontinued, but that the survey should not waste effort in ranking them among its new priorities.