At a Senate Space, Science, and Competitiveness Subcommittee hearing held earlier this month, lawmakers and witnesses shared their enthusiasm for NASA’s search for extraterrestrial life and the broader field of astrobiology.

Subcommittee Chair Ted Cruz (R-TX) and witnesses portrayed the search for life beyond Earth as being at an inflection point and meriting further investment. While astrobiology remained the focus, a few Democratic senators steered the discussion to other areas of NASA science, calling attention to its Earth science and space weather portfolios. 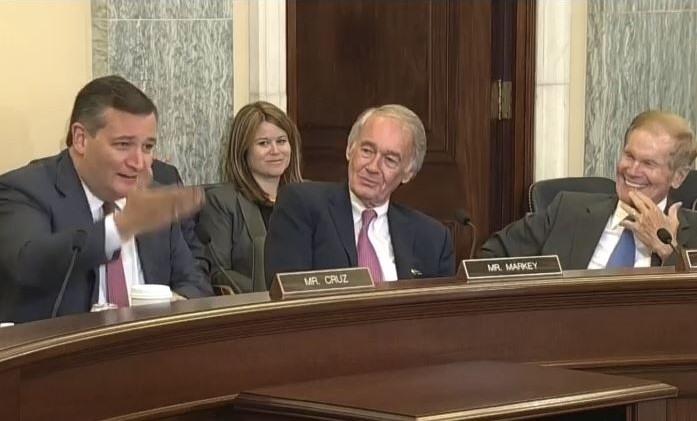 Throughout the hearing, Cruz relished in NASA’s efforts to search for life beyond Earth. In his opening statement, he praised Congress for establishing a new astrobiology mission objective for NASA through a law enacted in March of last year. Under that law, NASA is charged with conducting a “search for life’s origin, evolution, distribution, and future in the universe.”

He quoted a recent article in which Association of Universities for Research in Astronomy President Matt Mountain and filmmaker Nathaniel Kahn characterized the new astrobiology objective as “a short phrase, but a visionary one, setting the stage for a far-reaching effort that could have as profound an impact on the 21st Century as the Apollo Program had on the 20th.”

Asked by Cruz why NASA should search for life beyond Earth, Thomas Zurbuchen, who leads the agency’s Science Mission Directorate, replied it is “one of the big questions of all of humanity.” If NASA discovers life elsewhere, he continued,

Zurbuchen zeroed in on the future Europa Clipper and Mars 2020 rover missions and a follow up Mars sample return mission as stepping stones in the search for life.

Ellen Stofan, who was formerly NASA’s chief scientist and currently directs the National Air and Space Museum, added that there are practical benefits in tackling “the really tough questions” such as whether life exists beyond Earth, including benefits for technology development, the economy, and society more broadly.

Sara Seager, a professor of physics and planetary science at MIT, continued the argument, saying “It takes a ton of pure science research to come up with anything practical. … It turns out that just by exploring we do have unique practical spin-offs.” She cited Global Positioning System technology as an example.

In his opening statement, Subcommittee Ranking Member Ed Markey (D-MA) expressed appreciation that NASA seeks answers to fundamental questions related to the place of humans in the universe. He invoked astrophysicist Carl Sagan’s words that such pursuits are part of “the search for who we are.”

However, Markey also expressed concern that when the focus is on these questions the importance of NASA’s Earth-focused research is “often overlooked.” He urged,

Our investment in NASA’s Earth science and climate research programs and missions must be both abundant and unwavering.

He pointed to the Orbiting Carbon Observatory 2 and Gravity Recovery and Climate Experiment (GRACE) as missions that “give us evidence that the climate is changing, and if we are willing to pay attention this information can help us prepare for a more dangerous future.” Markey said NASA’s Earth observing satellites also provide critical information for responding in real-time to natural disasters such as the ongoing California wildfires or Atlantic hurricanes. 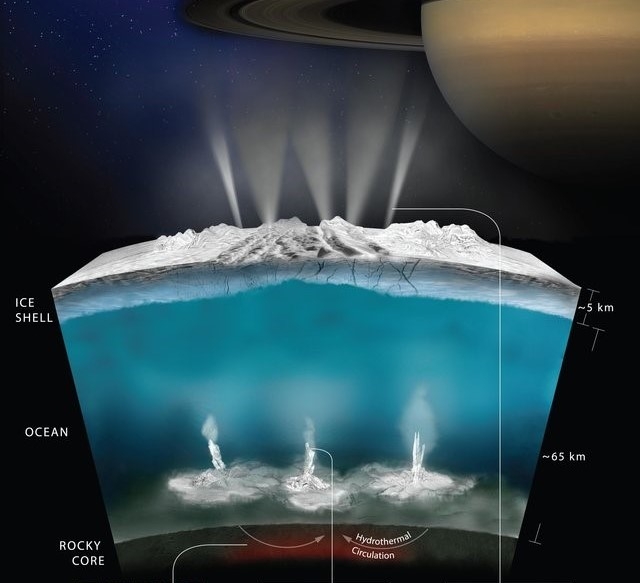 In late June, NASA announced that during the Cassini orbiter’s final flyby mission of Saturn’s moon Enceladus, scientists observed a plume of liquid erupting from the surface of the moon that contained complex organic molecules.

In her opening statement, Stofan made a passionate case for stepping up the search for life in the Solar System. She shared that when the Cassini orbiter conducted its final flyby of Saturn’s moon Enceladus, scientists discovered complex organic molecules, silica, and salts, in a plume of liquid erupting from the moon’s surface, “all pointing to a habitable environment” in a subsurface ocean. The sample might also have contained signs of microbial life, she said, but Cassini’s instruments were not designed to detect them. She urged returning with better instruments to both Enceladus and Jupiter’s moon Europa, which also likely harbors a subsurface ocean.

Stofan also said Mars’ conditions about 3.8 billion years ago were conducive to supporting life. She argued human scientists in addition to robots will have to venture to Mars to evaluate whether there is evidence of microbial life fossilized within its surface rocks. “They could study its variation, complexity, and relationship to life on Earth much more effectively than our robotic emissaries,” she said. She then made the case that NASA has the ability to put humans on Mars as soon as 2038.

Spergel called NASA’s missions to send humans to Mars, study exoplanets, and understand the cosmos “fundamentally centuries-long projects” but worthwhile. He said that by asking big questions “we draw people into science and help bring in the next generation who will be part of our STEM education community.”

He highlighted the Wide-Field Infrared Survey Telescope (WFIRST), a next-generation space telescope for which he is a scientific lead. The telescope, he said, is expected to carry a coronagraph that will completely block out starlight enabling several magnitudes more sensitive imaging than the Hubble or James Webb Space Telescope and allowing scientists to image large “planets around nearby stars.”

“The ultimate goal,” Seager explained, “is to find a true Earth twin, one orbiting a star like our sun.”

She said the inspiration associated with the possibility of discovering life elsewhere is a motivator for scientists and engineers:

Most senior engineers today either in civilian space science or national defense and national security, they were inspired by the moon landing. And today, the equivalent of that is the search for life.

Toward the end of the hearing, Markey and Sen. Maggie Hassan (D-NH) asked the witnesses about the decadal surveys that NASA uses to prioritize its science missions.

Delays and cost overruns in the development of the flagship James Webb Space Telescope, the top priority mission recommended in the 2001 astronomy and astrophysics decadal survey, have squeezed the Astrophysics Division’s next generation of missions including WFIRST, which was the top priority mission identified in the 2010 decadal survey. Spergel warned if JWST’s current cost overruns are borne entirely within the Astrophysics Division it “will have a devastating effect on its future missions and its scientific program.”

Seager said the decadal survey process itself should be reviewed “to see if it’s still effective.” When pressed, she said in recent surveys the community has felt “if they don’t have one mission that the entire community buys into” it won’t get selected, which she says has led to the community proposing excessively complicated missions. She said the process should incentivize more nimble missions and better incorporate the views of younger scientists, who likely have different perspectives than the senior scientists who typically serve on decadal survey panels.

Zurbuchen concurred with Seager, emphasizing the importance of “a diverse set of opinions” and conceding there is room for improvement in the decadal survey process. At the same time, he emphasized that the surveys are critical for NASA.

Stofan agreed, observing the decadal survey process has been extensively reviewed and stakeholders have “given a lot of thought on how to improve it.” She continued,

It’s an important and strong process that needs to be adhered to, because it really allows the best science to come forward. It’s not the person who shouts the loudest or has the most connections.