Yesterday, President Trump announced his intent to make seven appointments to the National Science Board: Maureen Condic, Suresh Garimella, Steven Leath, Geraldine Richmond, Alan Stern, Stephen Willard, and Maria Zuber. Richmond and Zuber have already each served one term on the board, while the others are joining for the first time.

NSB is the 24-member governing board of the National Science Foundation. Its members are responsible for shaping the agency’s strategic direction and approving its annual budget submission to the White House. The board also votes to approve large awards, which are most frequently large facility projects. It also has a statutory mission to provide advice to the president and Congress on scientific matters, including by producing a biennial statistical report on the status of the U.S. science and engineering enterprise.

Board members are selected for six-year terms, generally via a nominating process that passes through the full board to the White House Office of Science and Technology Policy. In making appointments the president may draw from the recommendations that come from the board or from other sources. Eight board members’ terms, including those of Zuber and Richmond, expired in May. According to an NSB spokesperson, appointments are usually finalized within a period of weeks and it is possible that new board members could join the next full board meeting near the end of this month. 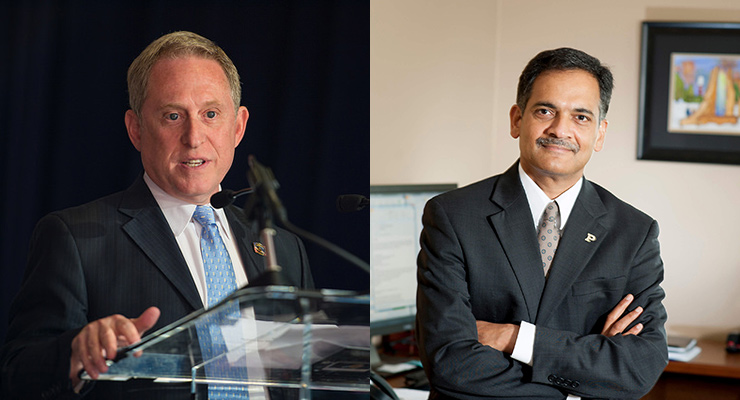 Alan Stern is a major figure in planetary science and a champion of new commercial activities in space. He received his bachelor’s degree in physics in 1978 from the University of Texas at Austin, and then stayed on there to earn master’s degrees in aerospace engineering and planetary science. In the 1980s, he worked at the University of Colorado Boulder in its Laboratory for Atmospheric and Space Physics and its Center for Space and Geosciences Policy. He built up an expertise in comets and earned his doctorate in astrophysics and planetary science from the university in 1989.

After leaving CU Boulder, Stern moved to the Southwest Research Institute (SwRI), a nonprofit R&D contractor based in San Antonio, Texas, and in 1994 spearheaded the establishment of SwRI’s office in Boulder. At the Boulder office, he took leading positions in the institute’s space activities and became the principal investigator for NASA’s New Horizons mission to Pluto and the Kuiper Belt.

In 2007, Stern joined NASA as the head of its Science Mission Directorate and worked to implement tighter control over mission costs. However, he resigned in 2008 after clashing with NASA Administrator Mike Griffin over how to handle cost overruns on the Mars Curiosity rover. He returned to SwRI part time, and has also worked in the commercial space sector, including with Virgin Galactic, Blue Origin, and his own entrepreneurial ventures.

Suresh Garimella is a professor of mechanical engineering at Purdue University and has been the university’s executive vice president for research and partnerships since 2014. He has previously served as Purdue’s associate vice president for engagement and its chief global affairs officer.

Garimella received his bachelor’s degree in mechanical engineering in 1985 from the Indian Institute of Technology in Madras. He earned his doctorate, also in mechanical engineering, in 1989 from the University of California, Berkeley. His research has focused on microscale and nanoscale transport phenomena and thermal management and energy efficiency in electronics systems. He is the founder and director of the Cooling Technologies Research Center at Purdue, which is supported through NSF’s Industry/University Cooperative Research Centers Program.

From 2011 to 2012, Garimella was a Jefferson Science Fellow in the International Energy Office at the State Department and has an active interest in clean energy policy and issues at the intersection of energy security and climate change.

Other new appointees have links to biology and medicine

Stephen Willard is a biotechnology executive who has been CEO of Cellphire since 2013. Cellphire was founded in 2006, using support from the Biomedical Advanced Research and Development Authority at the Department of Health and Human Services to develop a method of stabilizing platelets for long-term storage for later therapeutic and diagnostic use. Previously, Willard held a series of executive positions with Flamel Technologies, a France-based pharmaceutical firm, including as CEO and board chair.

After Willard earned a bachelor’s degree in economics from Williams College in 1982 and a law degree from Yale University in 1985, he began his career as an attorney and investment banker.

Much of Condic’s work has focused on human neurological development and her recent research involves investigating stem cells derived from amniotic fluid. A member of the Pontifical Academy for Life, she is an opponent of abortion and embryonic stem cell research, and she testified before Congress in 2013 on the ability of fetuses to experience pain during their early developmental stages.

Zuber and Richmond return for a new term 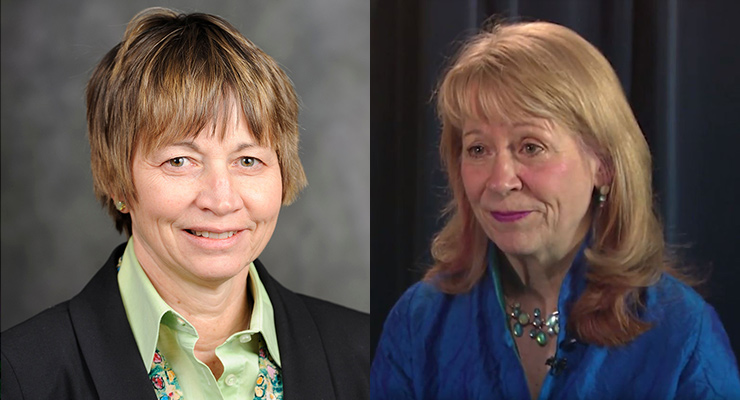 Maria Zuber and Geraldine Richmond have been serving on NSB since their appointment by President Obama in December 2012. Zuber also served as NSB chair from 2016 to 2018. She has been vice president for research at MIT since 2012, and has been a faculty member in MIT’s Department of Earth, Atmospheric, and Planetary Science since 1995. She received her doctorate in geophysics from Brown University in 1986 and has led teams developing experiments and instrumentation on a number of NASA missions. As the principal investigator on the Gravity Recovery and Interior Laboratory (GRAIL) mission to map the Moon’s gravitation field, she was the first woman to lead a NASA planetary spacecraft mission.

Geraldine Richmond is a professor of chemistry at the University of Oregon who has held a variety of leadership positions within the scientific community. She served as chair of the Department of Energy’s Basic Energy Sciences Advisory Committee from 1998 to 2003 and was the president of the American Association for the Advancement of Science for 2015. She is also co-founder of COACh, an organization dedicated to increasing the number and career success of women scientists and engineers. Richmond received her doctorate in chemistry from Berkeley in 1980.