A newly approved update to the European Strategy for Particle Physics will shape the field’s agenda for much of the coming decade and boosts the prospects of the proposed 100 teraelectron volt Future Circular Collider. 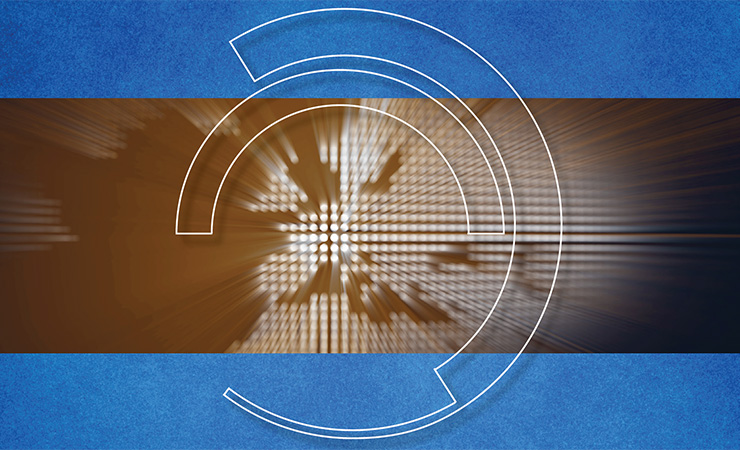 Cover of the 2020 European Strategy for Particle Physics Update

The CERN Council voted unanimously on June 19 to approve the European Strategy for Particle Physics Update, a 19 page document outlining priorities for decision-makers in the field. Among other recommendations, the strategy states that CERN should advance plans for the Future Circular Collider (FCC), a mammoth facility that would achieve particle collision energies more than seven times those of its Large Hadron Collider (LHC).

The FCC is one of a few major projects that CERN has considered pursuing in the future, and is by far the most ambitious. While the project now clearly stands ahead of competing proposals, it still requires further design and cost analysis as well as significant support from partner organizations before it can proceed. The strategy recommends a final decision on the FCC be made following the next strategy update, which it anticipates will be released in the second half of this decade.

This year’s update was formally initiated by the CERN Council in 2018 and assembled by a special committee called the European Strategy Group chaired by physicist Halina Abramowicz. The group accepted written input from the particle physics community, convened an open symposium in Spain in May 2019, and drafted the strategy document during a weeklong meeting in Germany this January.

The last update to the European strategy was completed in 2013. That was shortly after the LHC claimed discovery of the Higgs boson, the final undetected particle predicted by the Standard Model, which describes all known fundamental forces except gravity. The LHC is the only facility in the world capable of operating in its energy range, and since the last update it has been upgraded to reach its maximum design energy. In 2025, it is due to begin another upgrade that will vastly increase the number of collisions it can produce.

To build on these achievements, the new strategy recommends the successive pursuit of two kinds of facilities. First in line would be an electron-positron collider that would serve as a “Higgs factory,” a facility specifically designed to study Higgs bosons. This facility could be a first-stage configuration of the FCC, which would later be converted into a proton-proton collider that could reach collision energies of up to 100 teraelectron volts. Described by the strategy as an “ambition” of the European particle physics community, a proton-proton collider on that scale would enable a vastly expanded search for high-energy phenomena not accounted for in the Standard Model.

With or without the first stage, building the FCC would involve a scale of effort unprecedented in physics. Whereas the LHC has a circumference of 27 kilometers and a maximum design energy of 14 teraelectron volts, the FCC is expected to require a circumference of about 100 kilometers to reach its maximum design energy. A design study for the FCC released in January 2019 estimated that if both its stages are built the total capital cost would approach $30 billion in present-day dollars, and science operations would not conclude until the end of this century.

The strategy, though, does not resolve that either configuration of the FCC should definitely be built, stating only that the “technical and financial feasibility” of the project should be further assessed. It also leaves room for a potential alternative or complementary Higgs factory, the Japan-based International Linear Collider, which is still awaiting approval by the Japanese government. “The timely realization of the electron-positron International Linear Collider in Japan would be compatible with this strategy and, in that case, the European particle physics community would wish to collaborate," the strategy states.

Although the strategy leaves the community’s options open, it does clearly bestow priority to projects it mentions over others that are not mentioned. Those include a CERN-based Higgs factory called the Compact Linear Collider, as well as an LHC modification offering capabilities analogous to a nuclear science facility that Brookhaven National Laboratory plans to build in the U.S.

In addition to new high-energy facilities, the European strategy also ranks accelerator R&D as a top priority. It states, “The European particle physics community must intensify accelerator R&D and sustain it with adequate resources. A roadmap should prioritize the technology taking into account synergies with international partners and other communities such as photon and neutron sources, fusion energy, and industry.”

Neutrino physics is also highlighted in the strategy, which notes that the field has its own potential to deliver new physics beyond the Standard Model.

Following a recommendation in the 2013 update, CERN established a ”Neutrino Platform” the following year, principally as a way to support major experiments in other countries. The strategy indicates that Europe and CERN should continue supporting long-baseline experiments in the U.S. and Japan. “In particular, they should continue to collaborate with the United States and other international partners towards the successful implementation of the Long-Baseline Neutrino Facility (LBNF) and the Deep Underground Neutrino Experiment (DUNE),” it states.

LBNF/DUNE is the most ambitious U.S.-based particle physics project in a quarter century, aiming to analyze subtle neutrino behaviors across a 1,300 kilometer baseline stretching from Fermilab to an underground detector complex in South Dakota. The construction of detector modules is being led by an international coalition and their initial number and capabilities may be scaled back if additional contributions are not secured. Meanwhile, the Japanese government recently approved Hyper-Kamiokande, a complementary international project.

The strategy also identifies a number of other general priorities, including building bridges with fields such as nuclear physics and astrophysics, undertaking particle detector R&D and theoretical studies, facilitating technology transfer, and developing computing infrastructure and open science capabilities. Addressing the research community’s responsibilities to itself and society, the strategy likewise calls for diversifying and better training the field's cohort of early-career researchers, reducing particle physics’ environmental footprint, and enhancing public engagement.

The strategy observes that it “takes into account the rich and complementary physics programs being undertaken by Europe’s partners across the globe,” and advocates that CERN play a central role in rallying international support for the FCC and marshaling European support for other countries’ projects. Within Europe, it recommends strengthening cooperation among CERN and various European research centers, as well as between the European particle physics community and the European Commission so as to explore new funding mechanisms for infrastructure projects and R&D programs.

While the strategy explicitly considers the place of European projects amid those hosted by other countries such as the U.S. and Japan, it makes no mention of ambitious projects proposed in China. Notably, these include a circular electron-positron collider that like the FCC could potentially be reconfigured into a proton-proton collider.

In the U.S., meanwhile, a parallel strategic planning process is now underway. The American Physical Society is currently accepting submissions for a major conference scheduled for July 2021 in Seattle, and the National Academies may also initiate a decadal survey covering the field of elementary particle physics. Such exercises will in turn inform the work of the next Particle Physics Project Prioritization Panel (P5), which is expected to deliver definitive recommendations for the Department of Energy and National Science Foundation in early 2023.