This week the top Republicans on seven House committees staked out an interest in the Department of Education’s ongoing probe into universities underreporting funding they have received from foreign entities. The move comes as the party targets ties between U.S. and Chinese research institutions as part of a hardline stance it is crafting toward China in view of the COVID-19 pandemic. 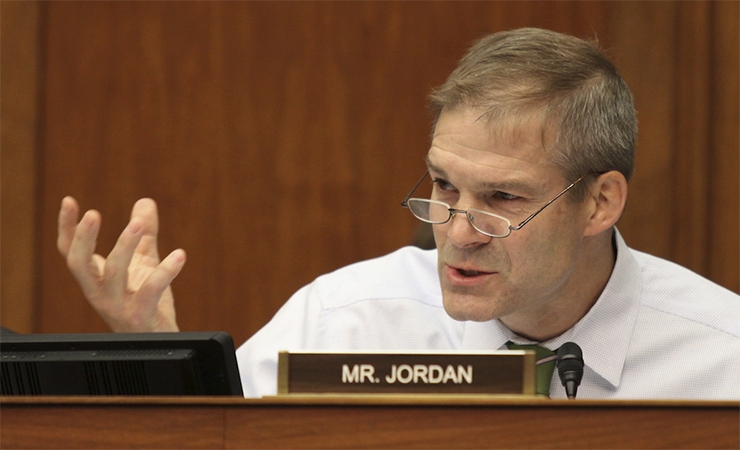 Led by House Oversight Committee Ranking Member Jim Jordan (R-OH), the top Republicans on seven House committees wrote to the Department of Education on May 4 seeking information yielded by its ongoing probe into U.S. universities’ underreporting of funding from foreign sources. Singling out China, the letter asserts the Chinese government has long made “strategic investments” in U.S. universities to exploit their research and exert malign influence. Adding new grievances about Chinese leaders’ actions during the COVID-19 pandemic, the letter suggests that universities should potentially be barred from accepting funding from Chinese sources going forward.

“We cannot allow a dangerous communist regime to buy access to our institutions of higher education, plain and simple,” Jordan remarked in a statement, adding, “The Chinese Communist Party’s coverup of the early outbreak of the coronavirus immeasurably worsened this disease’s impact on the United States and the world. We owe it to the American people to hold China accountable and to prevent them from doing further harm to our country.”

The letter is part of a Republican movement to take a hardline stance toward China in view of the pandemic, and it comes on the heels of a separate suggestion by Sen. Tom Cotton (R-AR) that Congress consider cutting off visas for Chinese students seeking to study technical subjects. These developments appear to reflect a growing interest in the party to subject the expansive ties between the U.S. and Chinese research enterprises to new scrutiny and control.

Over the past two years, Congress and an array of federal agencies have devoted considerable attention to safeguarding the U.S. research system against exploitation by rival governments, with a particular focus on China.

Much of this effort has involved weeding out undeclared funding from foreign sources, such as participation in Chinese talent recruitment programs. Science agencies have placed a new emphasis on requirements that grantees disclose all funding they receive and have opened investigations into individuals suspected of actively concealing foreign connections. Such cases have resulted in a number of researchers being fired and the Justice Department has charged some with federal crimes, including Harvard University Chemistry Department Chair Charles Lieber, who was arrested on Jan. 28.

In parallel with these efforts, the Department of Education began an investigation last summer of alleged institutional failures to comply with section 117 of the Higher Education Act, which requires disclosure of funding from foreign sources in excess of $250,000. Taking a confrontational approach, the department announced in February that it had “uncovered” more than $6 billion through its efforts to hold universities “accountable.” However, university advocacy associations have argued the reporting requirements have long been unclear and that the department has been unwilling to open a dialogue on the matter.

The House Republicans’ letter applauds the investigation, characterizing it as an effort to “improve transparency and reduce reliance on foreign investment in U.S. higher education.” While it acknowledges universities’ cooperation with efforts to shore up research security, the letter also expresses concern that continued “gaps in reporting” by both institutions and individuals “could potentially threaten national security.”

In building its case, the letter recites longstanding allegations that the Chinese government has orchestrated the theft of technology from U.S. companies and has used the Confucius Institutes it sponsors on U.S. campuses to shape narratives about China. The letter also points to newer reports that the Chinese government has placed controls on research related to the pandemic’s origins, asserting the move is part of a broader “propaganda and cover-up campaign.”

These actions all bring into question whether U.S. institutions of higher education receiving federal taxpayer dollars should be allowed to accept funds from China, the Chinese Communist Party, or other affiliated organizations. The interests of the two nations appear to have diverged.

Reports from outlets such as CNN and Nature indicate Chinese government ministries have stipulated that research on the pandemic’s origins must be vetted prior to publication. Few details on the policy are available though, and perspectives differ on whether its aim is to censor research or tamp down on the release of low-quality studies. Meanwhile, there is mounting pressure from government officials across the globe for an independent, internationally sanctioned investigation to be launched into the origins of the pandemic.

Concerning these origins, the letter specifically notes that the Department of Education recently sent an inquiry to the University of Texas System that asks about its links with the Wuhan Institute of Virology, which the letter asserts is a “possible origin point of the current COVID-19 pandemic.”

In recent weeks, as part of their efforts to focus blame for the pandemic on the Chinese government, Sen. Cotton and others have become increasingly assertive in claiming Chinese researchers accidentally released the virus that causes COVID-19 into the environment. However, disease researchers, including White House Coronavirus Task Force member Anthony Fauci, have discounted that possibility as there is no evidence the virus was being studied and it is common for animals to pass such viruses to humans in uncontrolled environments.

In letters to each of these institutions, the department has asked for documentation relating to specific foreign entities as well as for records related to undisclosed funding in general. The new letter to the University of Texas demands a particularly exhaustive response. In addition to documentation specific to the Wuhan Institute of Virology, Chinese Academy of Sciences, and Chinese Communist Party, it also asks about connections to 22 Chinese companies and universities. It further asks for the contact information of all system faculty, staff, and contractors who have engaged with any of those entities.

While some of the institutions under investigation have acknowledged deficiencies in their section 117 compliance, higher education advocacy associations have argued that the department has never provided regulatory guidance on the matter.

For its part, the department has insisted that “the law is, and always has been, clear” about institutions’ reporting obligations. And in November, it wrote to Sen. Rob Portman (R-OH), chair of the investigations subcommittee of the Senate Homeland Security and Government Affairs Committee, alleging that universities have “provided unprecedented levels of access to foreign governments, corporations, and persons without adequate oversight.” The department suggested that Congress consider subjecting the influence of foreign funding on universities to stronger scrutiny.

The American Council on Education, one of the associations engaged on the matter, sent its own letter to the committee in December, objecting to the department’s characterization of universities’ activities, calling it “rife with inaccuracies and distortions." More broadly it argued,

The department’s continuing punitive and non-responsive actions towards section 117 compliance have caused many institutions to be afraid of asking the department questions, for fear of being investigated. This runs counter to the goal of enhanced transparency of foreign gift and contract reporting.

Previously, much of Congress’ work on research security has been bipartisan. Notably, in March, Portman announced he was preparing to introduce legislation on the subject in partnership with Sen. Tom Carper (D-DE), the top Democrat on his subcommittee, though it has still not been released.

Now, the issue appears to have taken a sharp partisan turn. Beyond the House Republicans’ letter and Sen. Cotton’s remarks, Reps. Jim Banks (R-IN) and Mike Gallagher (R-WI) sent a letter to National Institutes of Health Director Francis Collins on April 30 suggesting the agency has been insufficiently assertive in confronting foreign exploitation of the research it funds. Already under pressure, NIH recently revoked a grant after Republicans denounced it because it had supported collaborative activities with the Wuhan Institute of Virology.

Today, the House Republican Caucus announced the creation of a China Task Force that is chaired by Rep. Michael McCaul (R-TX), the top Republican on the Foreign Affairs Committee, and includes Banks, Gallagher, and 12 others.

House Minority Leader Kevin McCarthy (R-CA) said in a statement that the task force will examine “influence operations targeting the U.S., the economic threat to our government and allies, efforts to gain the technological advantage, and China’s role in the origin and spread of COVID-19.” He further claimed that the task force was originally envisioned as a bipartisan endeavor but that the Republicans have now decided to move ahead on their own.