A bipartisan group of 16 lawmakers has introduced legislation that aims to guard against rival governments exploiting the U.S. research system. The bill has met with mixed reactions in the academic community, with some arguing the scope of certain provisions could have a chilling effect on international exchanges. 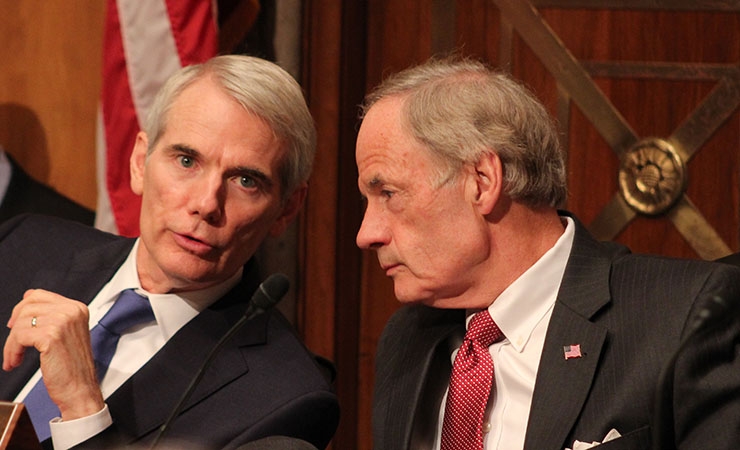 With 10 Republican and six Democratic cosponsors, the bill stands out amid a pack of other pending research security measures, many of which are backed only by Republicans. It is based in part on a bipartisan staff report released in November by the Senate Homeland Security and Government Affairs Committee’s investigations subcommittee, which Portman and Carper lead.

In view of its bipartisan backing, research community representatives have worked with the subcommittee to shape the legislation even prior to its release. However, some still regard the introduced version as too broad and worry it could send a message that the U.S. has become less welcoming to foreign scientists.

The November subcommittee report asserts that the FBI and federal science agencies have together failed to recognize how talent recruitment programs supported by the Chinese government could incentivize participants to “misappropriate” U.S.-funded research. Although the resulting bill does not single out China, almost all its sponsors called out the country in their statements heralding its introduction.

“For nearly two decades, as we detailed in the November [report], the federal government has been asleep at the wheel while foreign governments have exploited the lack of transparency in our education system and bought access and influence on our school campuses,” Portman said. “We must hold countries that act in bad faith, like China, accountable.”

To improve disclosure of foreign funding, the bill would make it a crime for grantees to not disclose any sources of “outside compensation.” Although the Justice Department has already prosecuted a number of researchers for allegedly concealing funding they received from foreign entities, it has generally relied on peripheral charges of fraud or lying to investigators.

The bill would also require universities to report all foreign gifts and contracts valued at $50,000 or more, well below the current threshold of $250,000. The Department of Education is currently investigating inconsistent compliance with the reporting requirement across universities.

Concerning visas, the bill would offer the State Department new grounds to deny certain applicants. These include an applicant’s “past or likely employment or cooperation” with rival military or security organizations, institutions involved in the theft of U.S. research or export control violations, or a “government that seeks to undermine the integrity and security of the U.S. research community.”

To better share information about security risks and harmonize grant policies across agencies, the bill would create a Federal Research Security Council led by the White House Office of Management and Budget. The council would subsume the current research security efforts of the Joint Committee on the Research Environment, an interagency group established by the White House Office of Science and Technology Policy in May 2019. The OSTP director would serve as the council’s chief science advisor.

Upon introducing the bill, Portman highlighted endorsements from top officials at eight universities and medical centers in his state as well as the CEO of Battelle, an Ohio-based company that manages seven Department of Energy national laboratories. However, others in the research community have significant reservations about the bill.

The Association of American Universities, which represents 63 leading research institutions, wrote in a statement, “While AAU shares Sens. Portman and Carper’s goal of securing research conducted on our campuses, and universities are taking specific steps to address security concerns, key provisions in the bill are overly broad and will only serve to harm American science without improving national security.” The organization argues the bill could “block talented students and scholars from coming to the U.S., where they advance our science and economic interests.”

Phil Bucksbaum, president of the American Physical Society (an AIP Member Society), told FYI he appreciates that the senators narrowed the bill prior to its introduction based on feedback from the research community, but said he is still worried about its focus on visa applicants’ affiliations.

“We're not talking about denying visas to people who have themselves undermined security. It's simply they cooperated with or had an association with an organization that did. I think that could be subject to really bad overinterpretation,” he remarked. Bucksbaum also said the role granted to OMB would likely be perceived by many as the bill adding a new layer of political control over science agencies.

Staff members for Portman on the subcommittee told FYI they view OMB as a natural place to coordinate grant policies given its budgetary leverage. They also said the visa provision is not meant to be broadly construed, noting the bill instructs the State Department to “weigh the proportionality of risk” for each factor it considers.

“We have that in there to make sure we're not capturing a whole group of people but rather narrowly focusing on the truly bad actors,” one explained. “So that way we don't capture people who maybe went to undergrad or got their master's degree at a troubling university but have moved on and are doing something else.”

A university official who spoke to FYI on condition of anonymity said it would be reassuring if the legislation put clear limits on the visa denial authorities. “What I worry about is that, through legislation like this that sends a signal that foreign talent is not welcome, we are destroying the best talent recruitment program in the world, which is our system of higher education,” the official remarked. Another said the bill’s expansion of gift and contract reporting requirements could place a significant burden on universities without offering commensurate security benefits.

Reacting to concerns the bill could have a chilling effect, the subcommittee staff members contrasted it with other proposals in Congress that would broadly bar citizens of China from participating in U.S. research, saying theirs instead establishes a targeted, country-agnostic framework. “This is our way of keeping everything that’s happening here in the U.S. open so that we continue to attract the best and the brightest,” one said.

The bill’s proposal to explicitly criminalize the nondisclosure of outside funding would reinforce ongoing efforts to crack down on such behavior by the Justice Department and science agencies, particularly the National Institutes of Health.

NIH recently reported it had contacted the employers of 189 scientists suspected of violating grant rules, of whom 175 received support from China. A majority of the cases involved non-disclosure of foreign grants and talent program awards, and 54 of the scientists ultimately resigned or were fired.

Peter Zeidenberg, a defense lawyer who specializes in cases involving scientists, told FYI he has no problem with the proposal to criminalize nondisclosure on grant applications. Rather, he criticized prosecutors for treating nondisclosure as a serious crime in the absence of such a statute and argued federal investigations have ensnared innocent scientists who were never properly trained on filling out grant forms.

Valerie Bonham, an attorney and expert in research compliance, told FYI she is sympathetic to the argument that scientists may not have fully understood the grant policies. However, she added, “In many cases when one has access to the full facts, you have examples like what is described in the appendix to the Portman subcommittee report, which prompt reason to believe that the issue is more than failure to understand reporting obligations.” 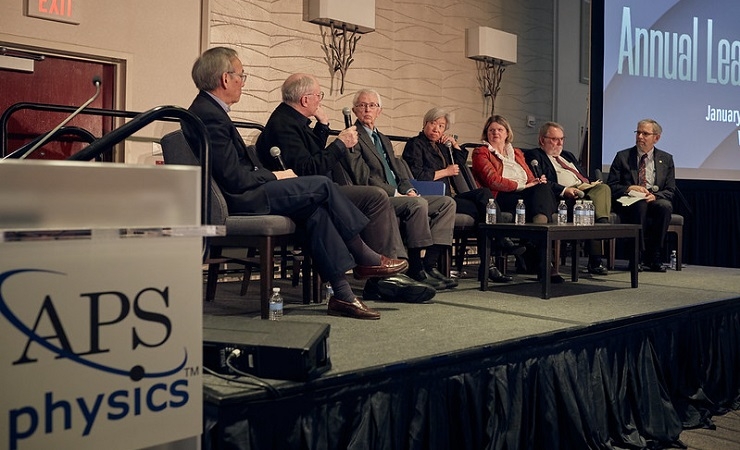 Against this legal backdrop, APS has impressed on its more than 50,000 members the importance of upholding research integrity principles, such as full disclosure of potential conflicts of interest and time commitment. “Those who choose to ignore these ethical guidelines, rare outliers in our opinion, should be shunned by our research community,” the four members of its presidential line wrote in a statement this May.

At the same time, though, APS has raised alarms about the current climate for international scholars in the U.S. In a separate statement in May, the society’s board wrote it is deeply concerned that international students and scientists feel “under attack,” particularly those of Chinese descent. It also referenced an ongoing probe by a House civil rights panel into the FBI and NIH investigations.

Bucksbaum said APS hopes to convince Portman and Carper to add language reflecting a recommendation in their subcommittee report that reaffirms the “critical importance” of foreign students and researchers to the U.S.

Advocating for the research community to engage on the bill, he remarked, “One could say, 'save your breath, it has to pass both houses.' Well, that's not the point. The point is that we really do have a responsibility to work closely enough with the congressional committees that are overseeing science so that they understand the needs and the concerns of scientists.”