University representatives detailed pandemic-driven financial losses and other challenges facing their institutions to the House Science Committee, which is working to build support for research recovery legislation. 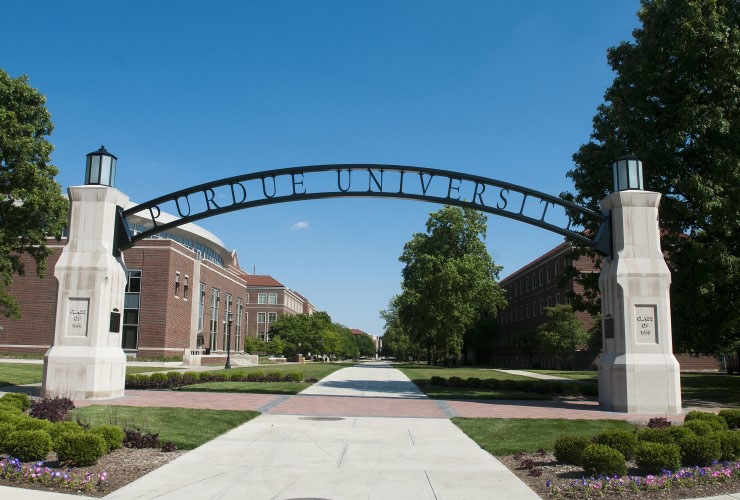 Purdue University Executive Vice President for Research and Partnerships Theresa Mayer testified last week on the effects of the pandemic on research projects and personnel at the university.

Representatives from universities in four states briefed the House Science Committee last week on how the COVID-19 pandemic has disrupted their research programs and the lives of students and scientists. The committee is currently working to build support for the Research Investment to Spark the Economy (RISE) Act, which recommends Congress allocate about $25 billion for research recovery, and the Supporting Early-Career Researchers Act, which would create a two year fellowship program for scientists facing diminished job opportunities in academia.

In her opening statement, Research and Technology Subcommittee Chair Haley Stevens (D-MI) argued that while universities had curbed many of their research programs to stem the pandemic, the federal government has “yet to hold up its end of the bargain.” Now, she continued, many universities “find themselves in real danger of financial ruin.”

Committee Ranking Member Frank Lucas (R-OK) asserted that prompt recovery funding is critical to maintaining U.S. competitiveness. “If we do not provide the resources now, we will be limiting our ability to support new and innovative research and be forced to play catch up to our foreign competitors like China,” he said.

Theresa Mayer, executive vice president for research and partnerships at Purdue University, described the rapid ramp down of campus activity early in the pandemic, noting that there was $15 million worth of lost effort and salary across its $137 million portfolio of sponsored research, with 70% of researchers citing facility access restrictions as the primary cause. She said Purdue has also incurred tens of millions in institutional costs due to purchases of personal protective equipment, COVID-19 testing and contact tracing, and research ramp up expenses, among other items.

Mayer emphasized that projects face continuing losses. “We expect that researchers will experience ongoing decreased productivity due to reduced capacity and modified operations of the lab, ongoing travel restrictions, absences due to illness, quarantine, gaps in childcare in school, and many other factors — what we call our new ‘pandemic normal,’” she said.

Joseph Walsh, interim vice president for economic development and innovation for the University of Illinois System, expressed concern about impacts on early-career researchers and women who have disproportionate childcare responsibilities. He cited a recent study he co-authored that surveyed more than 4,000 scientists and found those with at least one child five years old or younger reported a “17% larger decline in research time, all else being equal.”

Walsh also observed that research facilities supported by user fees have been particularly hurt by access restrictions, requiring universities to foot the bill for their continued upkeep. “This is not sustainable, particularly for universities that are already struggling to cover the many other costs associated with the pandemic,” he remarked.

Endorsing the RISE Act, Walsh said, “Without supplemental funding from Congress for relief, federal research agencies will be forced to choose between abandoning new research opportunities of national importance or discontinuing research projects that are not yet completed, thus failing to maximize the return on federal dollars already invested.”

David Stone, vice president for research at Oakland University, a public institution in Stevens’ suburban Detroit district, likewise endorsed the RISE Act while making a case that Congress should provide broader relief to stave off university budget cuts. He reported that the state of Michigan has already reduced its contribution to his university by 11% in the current year.

“The pandemic has imposed a different set of challenges on Oakland University and other regional universities than just traditional research grant funding,” he said, explaining,

Support for the high-impact practice of undergraduate research, which we know contributes to retention and graduation in STEM and to sustaining the science and engineering workforce pipeline, comes largely from the university's general fund, which is derived primarily from two sources: tuition and state funding. The pandemic has put both in peril.

The committee did not discuss in detail how relief funding might be prioritized, though Rep. Bill Foster (D-IL) did raise concerns about a potential “K-shaped recovery” in which “wealthy institutions with billion dollar endowments recover relatively quickly while the smaller, less wealthy universities get left behind.”

Providing a student’s perspective, Ryan Muzzio, a physics doctoral candidate at Carnegie Mellon University, described how the pandemic has delayed the completion of his degree. “My collaborators and I use the same tools, and at times need to be overlapping in space using the same gloves and viewports on instrumentation. Today, none of this work can take place without extreme caution to prevent the spread of COVID-19,” he said.

Muzzio also attested to the personal strains caused by the pandemic, saying,

Carnegie Mellon students are using the food pantries at astonishing rates. Student parents have experienced the most challenging disruptions and have been forced to juggle their research and teaching responsibilities while parenting full time. International students are in particular in a difficult situation due to travel restrictions. One student lost both their father and grandmother during the pandemic but could not travel home.

Committee Chair Eddie Bernice Johnson (D-TX) asked Muzzio for his views on the Supporting Early-Career Researchers Act, noting her concern that the pandemic could trigger a “potentially irreversible loss of talent from the research pipeline.”

He replied that the Carnegie Mellon Graduate Student Assembly supports the bill, which he said would help relieve pressure on researchers whose progress has been slowed due to work restrictions.

The RISE Act currently has 122 Democratic and 10 Republican cosponsors in the House, while the Senate version has three sponsors from each party.

The Senate Commerce, Science, and Transportation Committee approved an amended version of the bill on a voice vote this week, with only Sen. Mike Lee (R-UT) voting against the measure. Among other changes made to the bill, the committee expanded the allowable uses of recovery funds to include creating research opportunities analogous to those proposed in the House’s Supporting Early-Career Researchers Act. The committee also reduced the amount suggested for the Department of Commerce to $450 million and added funds for the Department of Transportation.

In general, the House and Senate have for months been far apart on their goals for such a package, with Republicans aiming to keep its scope limited. On Wednesday, though, President Trump complicated the picture by signaling his support for a bill with “much higher numbers,” but there is as yet no sign that lawmakers are closer to a deal than they have been in previous weeks.