As part of its broader push on innovation legislation, the Senate is proposing to dramatically expand EPSCoR, a program that channels research funds to states that have historically received a small share of science agency funding. Counterpart House legislation does not recommend expanding the program, setting it up as an important point of negotiation. 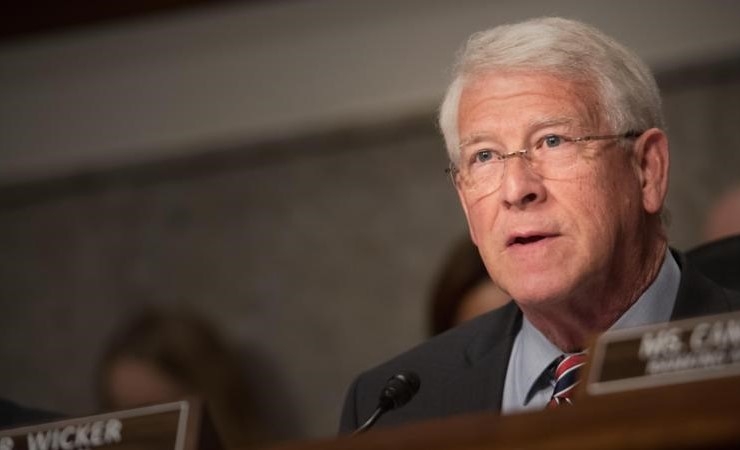 Sen. Roger Wicker (R-MS) is the architect of a proposal to require that the National Science Foundation allocate at least 20% of its annual budget to EPSCoR.

As the House and Senate prepare to reconcile the innovation-focused legislation each passed this summer, a key question in their negotiations will be how to broaden the distribution of federal R&D funds across the U.S. In particular, while the House and Senate both propose a variety of measures aimed at building up research capacity in underserved regions, the Senate’s U.S. Innovation and Competition Act goes further by proposing a dramatic expansion of the Established Program to Stimulate Competitive Research (EPSCoR), which sets aside R&D funds for states and territories that have historically received a relatively small share of science agency funding.

Under the Senate proposal, at least 20% of the National Science Foundation’s annual budget would go to EPSCoR, which currently claims about 2% of the agency’s $8.5 billion budget. The bill would also require that at least 20% of the $17 billion it authorizes for new spending over five years at the Department of Energy go to DOE’s version of EPSCoR, which currently has an annual budget of $25 million. The House’s NSF for the Future Act and DOE Science for the Future Act would not set specific funding requirements for EPSCoR.

Although lawmakers have not yet convened a conference committee to iron out compromise legislation, this month a bipartisan group of 34 senators and 26 representatives wrote to congressional leaders advocating that the EPSCoR expansion provisions be included in the finalized version. Senate Commerce, Science, and Transportation Committee Ranking Member Roger Wicker (R-MS) is the author of those provisions and has indicated that his support for the legislation hinges on them remaining in the bill. 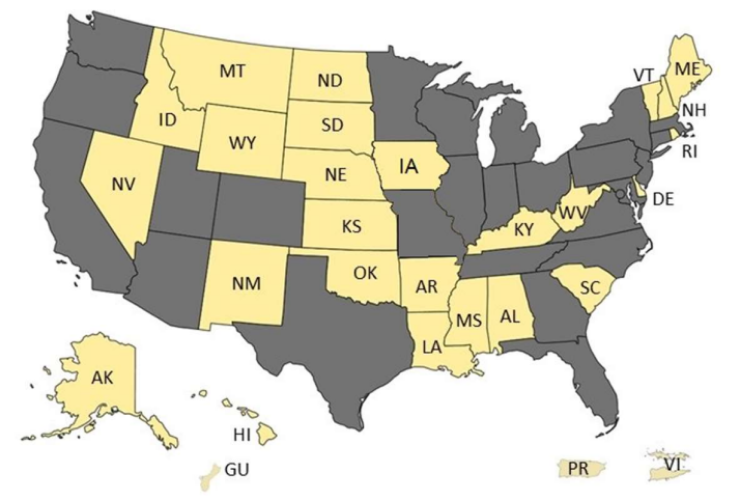 A map of the 25 states and three territories eligible for NSF’s EPSCoR program in fiscal year 2022.

NSF created EPSCoR in 1979 at the urging of lawmakers who had raised concerns about how federal R&D funds were concentrated in a handful of states. Congress codified the program the following year, and seven other federal agencies have launched similar programs since then, though some were later discontinued. Despite such efforts, certain states and regions have continued to obtain a disproportionately large share of funding to the present day.

At NSF, EPSCoR currently funds projects in states and territories that have received less than 0.75% of the agency’s total research spending over the previous five years. Collectively, these jurisdictions currently receive around 10% of all NSF funding, across both EPSCoR and other programs, while the top five states — California, New York, Massachusetts, Texas, and Maryland — together receive approximately 40% of the total.

All the lawmakers who signed the letter supporting the EPSCoR expansion provisions represent states that are currently within the program. In a statement accompanying the letter, Wicker wrote, “The Senate language strengthens the EPSCoR program by helping ensure that institutions and researchers across the country receive a fair share of federal R&D funding and contribute to innovation in key technology areas.”

However, while the program enjoys broad support in Congress, it is not without critics. Rep. Bill Foster (D-IL), a former Fermilab physicist and member of the House Science Committee, has for years advocated to change the program’s eligibility criteria, which he argues unfairly exclude institutions outside the EPSCoR jurisdictions that could benefit from access to research capacity-building funds.

Foster renewed his case for reforming the program at a House Science Committee meeting this month on its contribution to the multi-trillion-dollar special spending package that Democrats are currently developing, during which the committee considered amendments from Reps. Stephanie Bice (R-OK) and Jake LaTurner (R-KS) setting aside funds for EPSCoR. Foster said that while he supports EPSCoR’s goals, its eligibility criteria should be based on a per-capita formula and take into account all sources of federal research funding the jurisdiction receives, not just NSF funding.

As an example of the program’s drawbacks, he said that rural institutions in Illinois, which has never been an EPSCoR state, are “being punished because of the existence of research institutes that may be five hours away” in Chicago. Conversely, he noted that Brown University, an elite institution, is eligible for the program because it is located in Rhode Island, which has been an EPSCoR state since 2004.

Foster later added, “If your goal is to make it so that your ability and your probability of receiving federal research money is independent of where you live, you want to have the federal research spending more-or-less map the population density of the United States, and that can be done in fairly simple ways. There are many formulas that the Agriculture Committee deals with all the time that correctly identify truly rural areas, instead of using the very blunt instruments of states where you end up …, for example, funneling even more money into Brown University.”

Despite Foster’s arguments, the committee approved both amendments on bipartisan voice votes.

However, while the committee supported setting aside funds for EPSCoR in the context of the one-time spending bill, it is unclear how many committee members would be willing to support the permanent expansion proposed by the Senate. The committee’s NSF for the Future Act states generally that EPSCoR is “in the federal interest and should be sustained,” but does not otherwise amplify the program. Instead, it proposes three new programs to build capacity at research institutions outside the top tier, regardless of where they are located.

One program, with a recommended annual budget of $150 million, would fund institutions that are not in the top 100 in terms of total federal R&D expenditures. A second, with a $100 million recommended annual budget, would exclusively support minority-serving institutions. The third program would support partnerships between research-intensive universities and “emerging research institutions,” defined as institutions of higher education that have on average received less than $35 million annually in federal research funds over the past three years.

The Senate bill includes similar provisions that would create capacity-building programs for minority-serving institutions and emerging research institutions, suggesting they may be included in the finalized legislation regardless of whether the EPSCoR expansion is included.

Some advocates have called for a compromise approach that blends elements of the two bills. In an op-ed this month, former Carnegie Mellon University President Jared Cohon, former Association of American Universities President Mary Sue Coleman, and former Kavli Foundation President Robert Conn wrote, “Mixing these paths in a balanced way could help create centers of excellence in specific fields throughout the country and do so without losing the boost the U.S. as a whole gets by having a few dozen universities that are world leaders in research. The metric needs to be whether the distribution will strengthen U.S. research and prosperity around the country, not just whether everyone is getting some money.”

As Congress considers expanding EPSCoR, NSF is also taking a closer look at the program.

In May, the agency launched a year-long exploratory activity on the “Future of EPSCoR,” which will evaluate the effectiveness of its current spending strategies and suggest approaches to help the program better meet its goals. The 20-member study committee is soliciting public comments through Oct. 11 to inform its final report, which is expected to be released in the spring.

In addition, the NSF inspector general recently completed an audit that recommends the agency provide more guidance and support to EPSCoR program awardees, finding that they face challenges in administering the funds. These include monitoring risks associated with inexperienced subrecipients, determining allowable expenses, and updating accounting systems. Based on a review of 10 awardees, a total of $634,000 granted to four awardees was questioned or returned to NSF after errors were discovered in their accounting systems.

Discussing the audit at a meeting of the National Science Board in May, NSF Assistant Inspector General Mark Bell remarked, “There was no indication of fraud. It's just simply they don’t have the knowledge or the skills or the systems to properly manage the funds.” In light of the findings, several board members stressed the need for expanding NSF staff capacity in order to provide additional oversight and support to EPSCoR participants.