Senate Democrats have followed their House counterparts in proposing large budget increases across science agencies for fiscal year 2022, but the lack of an agreement with Republicans on overall spending for the year has clouded the outlook for the final budget. 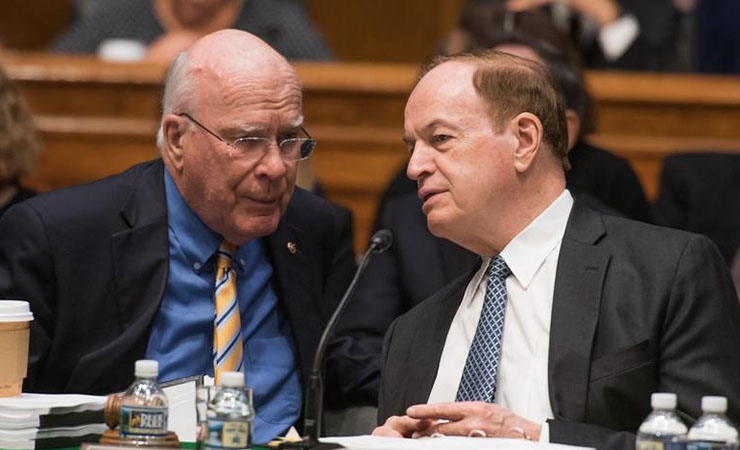 Sen. Patrick Leahy (D-VT), left, speaks with Sen. Richard Shelby (R-AL) at a committee meeting in 2018. Leahy and Shelby are the top two appropriators in the Senate.

Yesterday, Democrats on the Senate Appropriations Committee finished releasing their versions of the bills that will set the federal government’s discretionary budget for fiscal year 2022, which began on Oct. 1. Their proposals mostly track House Democrats’ counterpart legislation in seeking significant boosts across science programs, including double-digit percentage increases for the National Science Foundation, National Institutes of Health, and National Institute of Standards and Technology, among other agencies.

Detailed figures from the Senate and House proposals are available in FYI’s Federal Science Budget Tracker.

The release of the Senate bills brings some additional clarity to the outlook for science funding, which is currently frozen near its fiscal year 2021 level through a stopgap measure Congress passed in September. Even still, final budget outcomes remain clouded because the bills are subject to the Senate filibuster and Democrats have not reached agreement with Republicans on overall federal spending limits for the year.

Senate Republicans generally supported the three appropriations bills the Democrats released over the summer, including the one that funds the Department of Energy. However, they are criticizing the newly released bills as partisan, and the Senate’s lead Republican appropriator, Sen. Richard Shelby (R-AL), has indicated his party would not back them as drafted.

Given the lack of progress on the negotiations, Shelby has predicted another stopgap is likely to be required after the current one expires on Dec. 3.

Even between House and Senate Democrats, there are points of disagreement that will have to be resolved. For instance, appropriators in the Senate seek to increase funding for early-stage defense R&D, whereas the House and Biden administration have proposed cuts. Conversely, proposed increases on the Senate side for the Advanced Research Projects Agency–Energy and U.S. Geological Survey are considerably smaller than the ones proposed in the House. 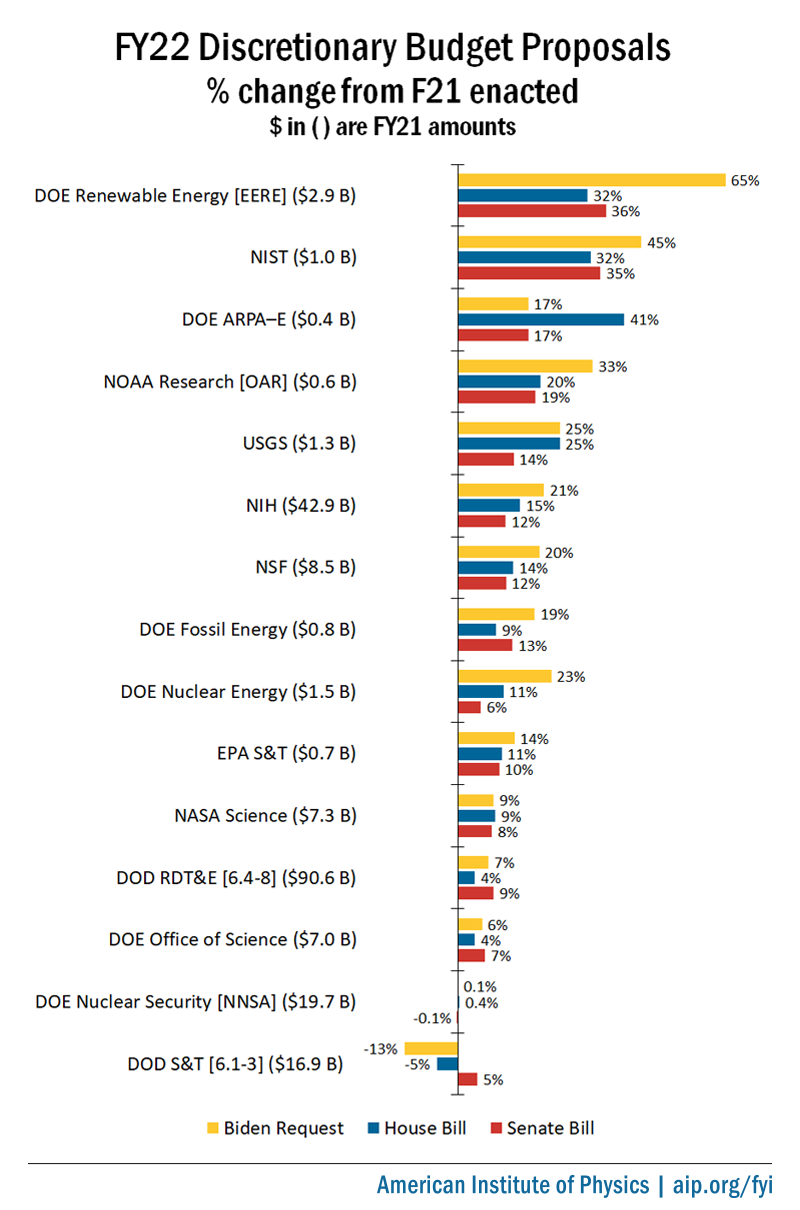 However, those disagreements pale in comparison to the ones currently preventing Democrats from passing the bipartisan infrastructure spending bill the Senate passed in August along with a partisan spending package that has not yet been finalized. If enacted, those measures could over several years add tens of billions of dollars altogether to the budgets of DOE, NSF, and the National Oceanic and Atmospheric Administration, among other agencies.

The special spending bills have also been proposed as vehicles for funding some major new initiatives, such as a new NSF directorate focused on technology, an Advanced Research Projects Agency for Health, and a technology demonstration office at DOE. Yet, regardless of the outcome of the current negotiations among Democrats, those efforts are poised to move ahead as funding to launch them is included in both the House’s and Senate’s ordinary appropriations proposals as well.

FYI has already published bulletins analyzing the proposals for the DOE Office of Science, DOE applied energy R&D programs, and the National Nuclear Security Administration. Forthcoming bulletins will cover highlights for other agencies.