The latest appropriation for the U.S. Geological Survey falls well short of the Biden administration’s target, but Congress also provided a major one-time supplement for critical minerals mapping through the infrastructure law. This year, the administration is seeking to deepen the agency’s role in providing climate science and decision-support services.

Congress increased the U.S. Geological Survey’s budget by 6% to $1.4 billion for fiscal year 2022, with the new funds distributed across the agency’s five mission areas. The appropriation falls well short of the 25% increase the Biden administration requested, though last year’s bipartisan infrastructure law is providing $511 million in supplemental funds to USGS over several years, largely for initiatives to map and study critical minerals resources.

The administration is seeking to increase the agency’s base budget by 23% to $1.7 billion for fiscal year 2023, prioritizing work in areas such as critical minerals, climate science, carbon sequestration, and natural hazards risk reduction. Congress supported each of these priorities in its fiscal year 2022 appropriation, albeit at levels lower than those requested.

Details of the appropriation are in an explanatory statement accompanying the legislation as well as a report from House appropriators. Summary figures are collected in FYI’s Federal Science Budget Tracker. 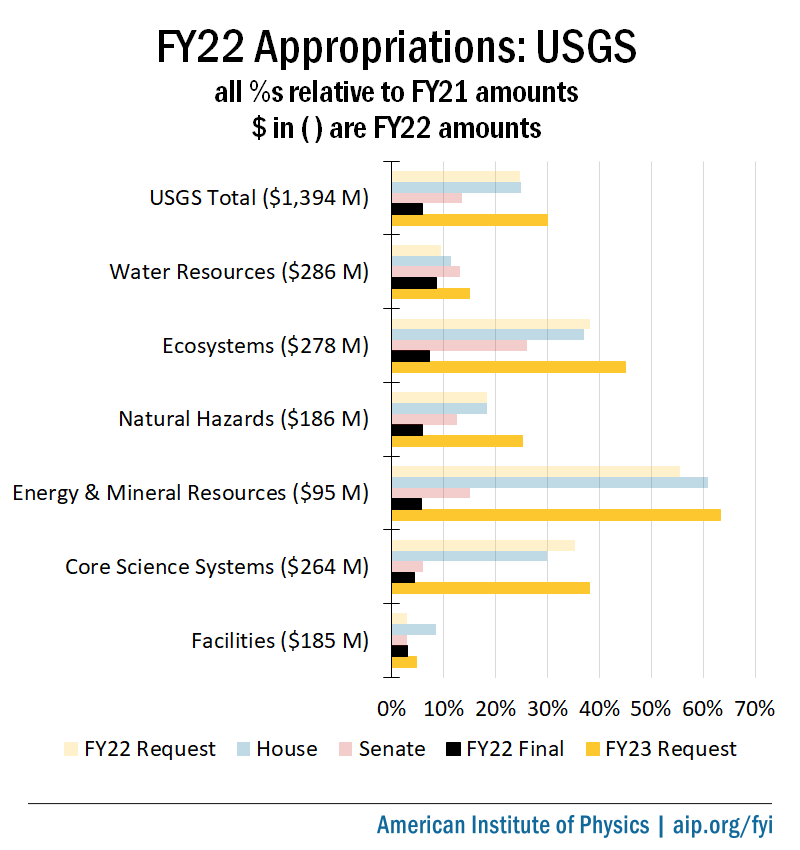 Congress increased funding for the USGS network of Climate Adaptation Science Centers by $11 million to $52 million, with the portion for work specific to Tribal communities quadrupling to $2 million. The administration now requests a further $34 million boost for the centers, largely to continue building engagement with Tribal communities and expand “climate adaptation services.” These services include providing “single points of contact to identify appropriate climate science for use in natural and cultural resources management planning,” among other capabilities.

The Land Change Science program budget received a marginal increase to $19.5 million and the administration now proposes to nearly double its budget, in part to expand research on biological carbon sequestration and to develop a methodology for monitoring greenhouse gas sequestration on federal lands. Within the budgets of programs outside of Land Change Science, the administration also requests $30 million to develop a new “climate response and resilience framework” and $10 million to create a Federal Climate Data Portal in partnership with other agencies. The framework and portal would together provide decision-support tools that help local officials and communities better understand climate-related hazards and tradeoffs associated with land-management decisions. 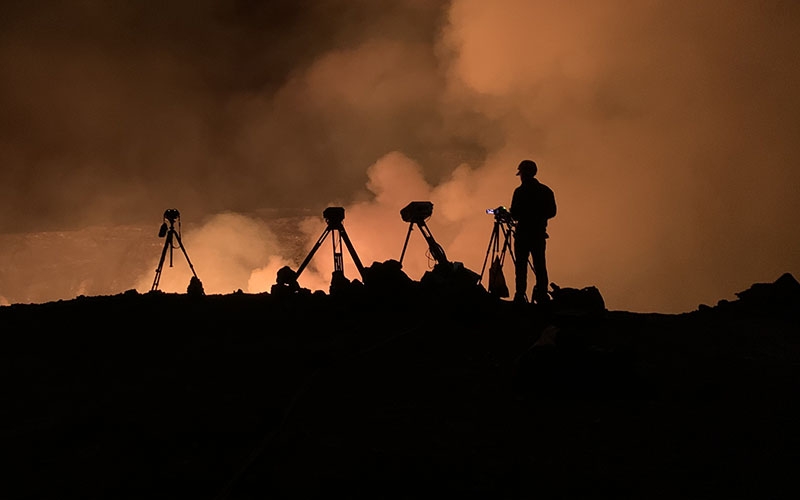 Volcanoes. The administration requests $29 million from the Facilities account for an ongoing project to replace the Hawaii Volcano Observatory, which was severely damaged by an eruption of Mount Kilauea in 2018. Much of the project funding has already been appropriated, but USGS reports its total cost has increased to $108 million due to “factors outside USGS control.” The new observatory will consist of a field station at Hawaii Volcanoes National Park and a laboratory at the University of Hawaii at Hilo. According to the publication West Hawaii Today, USGS anticipates that groundbreaking for the lab could begin as soon as spring 2023 and that the project would take about five years.

The USGS Volcano Hazards program funds operation of the Hawaii Volcano Observatory and four other observatories across the U.S., among other monitoring and preparedness activities. Congress increased funding for the program by $3 million to $33 million and the administration now requests $34.5 million. Congress allocated about $4 million of the budget to early work to establish the National Volcano Early Warning and Monitoring System it mandated in 2019. One component of the system is the National Volcano Data Center, a cloud-based capability for integrating data from existing volcano observatories. USGS reports spending $300,000 on the data center project in fiscal year 2021 and requests $1.8 million for fiscal year 2023.

Earthquakes. Congress increased funding for the Earthquake Hazards program by $4.6 million to $90 million, with $28.6 million allocated to building out the ShakeAlert earthquake early-warning system on the West Coast, about $3 million more than it allocated for last fiscal year. An earmark sponsored by Sen. Lisa Murkowski (R-AK) provided an additional $1 million for USGS to develop a plan to extend ShakeAlert to Alaska.

USGS is directed to provide at least level funding for regional seismic monitoring networks and national seismic hazard mapping. Expressing concern that updates to the maps “do not consistently include the entire country,” Congress urged USGS to update its maps for all 50 states and allocated $500,000 for maps specific to Puerto Rico and the Virgin Islands. It also reiterated concern over “lack of knowledge and offshore real-time instrumentation” in the Cascadia subduction zone off the coast of the Pacific Northwest.

The administration now requests $100 million for the Earthquake Hazards program, largely to expand subduction-zone research. It proposes to launch a “virtual research center” on subduction-zone hazards that would provide data to emergency responders and seek to reduce risks faced by vulnerable communities.

Geomagnetic hazards. USGS maintains a network of ground-based magnetometer stations that monitor changes in the Earth’s magnetic field, an important parameter in assessing risks posed by solar storms that can induce damaging currents in the electric grid. Congress increased funding for the Geomagnetism program by over $600,000 to about $4.7 million in support of the network expansion and the administration now seeks almost $5.8 million. USGS states this funding would support the creation of the first of three new permanent observatory sites and initiate work to add “roughly a dozen new low-cost variometer stations,” which record relative variations in the magnetic field.

Marine hazards. Congress increased funding for the Costal/Marine Hazards and Resources program by $1.4 million to $42 million, of which $10.7 million is for hazard modeling and forecasting, $1.2 million is for evaluating the carbon sequestration potential in coastal ecosystems, and almost $1 million is for community resilience initiatives. The administration now seeks a nearly $20 million increase to the program, including an extra $10 million for hazard modeling and forecasting, $4 million in total for carbon sequestration research, and $4 million in total for community resilience.

‘Emerging' hazard identification. The appropriation directs USGS to brief Congress on the case for developing an automated system that would use remote sensing data to rapidly identify “emerging hazard threats and their potential impacts.” 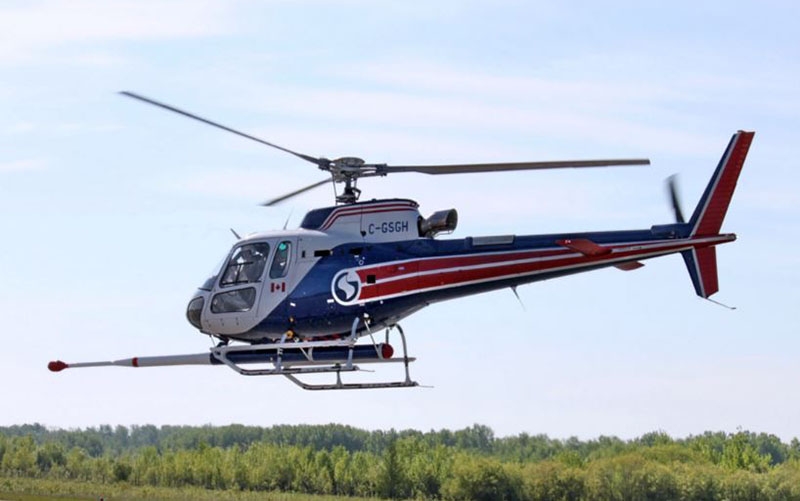 Earth MRI. The Earth Mapping Resources Initiative (Earth MRI) is surveying regions of the U.S. thought to harbor large concentrations of critical minerals. The base appropriation for the program is staying flat at about $11 million for fiscal year 2022, but the infrastructure law has vastly expanded the initiative, providing it with an additional $64 million annually over five years, starting in fiscal year 2022. The law requires that USGS complete an initial national surface and subsurface mapping effort within 10 years.

Minerals research center. The infrastructure law also provides $167 million for USGS to establish an agency-owned, university-operated facility for energy and minerals research, with the funds all appropriated in fiscal year 2022 but no time limit on when they must be spent. The facility will be located at the Colorado School of Mines and will house USGS research centers that are currently located in a deteriorating building at the Denver Federal Center. The administration requests an additional $38 million for the project drawn from the Facilities account and estimates it will take five years to complete.

Mine waste. The regular appropriation includes $3.8 million for research on mine wastes and their potential as a source of critical minerals, about triple the prior year’s level. The administration now requests $16 million for the effort and states it would focus on mine waste recycling and mitigation of hazards faced by communities near abandoned mines, mill tailings, or well injection sites. The infrastructure law also requires Earth MRI to map areas with mine waste to “increase understanding of above-ground critical mineral resources in previously disturbed areas.”

Carbon sequestration. USGS is seeking to play a major role in inventorying greenhouse gas sources and sinks on federal lands. The agency requests $10 million for the effort, the same as it sought last year, though Congress ultimately only allocated $175,000. Separately, Congress allocated $2 million for research on methods to sequester carbon in geologic formations, a $500,000 increase, and the administration now requests $6 million. Funding for acquisition of data on candidate formations also increased from $75,000 to $200,000, and the administration is seeking $3.6 million for fiscal year 2023.

Water monitoring. Congress increased funding for the Water Resources mission area by $23 million to $286 million, with $10 million of the increase for the Groundwater and Streamflow Information program and $7.5 million for the Water Availability and Use Science program. It also directed each program to use $2 million of their increase to help maintain the “talent pipeline” for hydrologic sciences, prioritizing areas where USGS “has pending hydrological facilities as well as where there are other federal operational hydrologic resources.” USGS is currently moving its Hydrological Instrumentation Facility from NASA’s Stennis Space Center in Mississippi to the University of Alabama, where it will be co-located with the National Water Center run by the National Oceanic and Atmospheric Administration. For fiscal year 2023, the administration requests a $17 million increase for Water Resources, in part to upgrade the national network of streamgages and continue building out the Next-Generation Water Observing System, which is being extended to a fourth river basin.

Mapping. Congress increased funding for the National Geospatial program by $8 million to $88 million, with half of the increase provided to “accelerate completion of a nationwide baseline of high-resolution topographic elevation data.” The administration now requests just under $100 million, with most of the increase supporting the proposed Federal Climate Data Portal. Funding for the National Cooperative Geologic Mapping program increased by $2 million to $42 million in support of upgrades to the National Geologic Map Database, and the administration requests $41 million for fiscal year 2023. The infrastructure law directs the cooperative mapping program to prioritize regions with abandoned mines and mine wastes thought to harbor critical minerals. It also provides almost $24 million over four years to the National Geological and Geophysical Data Preservation Program, which stewards geologic samples and data in partnership with state geological surveys. The program will receive $8.7 million this year and $5 million next year from the law.

Land imaging. Congress held funding for satellites operations essentially flat at $85 million and the administration now seeks an increase to $92 million, citing a desire to “hire needed expertise for ground operations and to replenish the ground and flight systems infrastructure for future Landsat missions.” USGS describes the upcoming fiscal year as pivotal for the agency, given the recent launch of Landsat 9 and the need to continue operating the previous two satellites in the series.