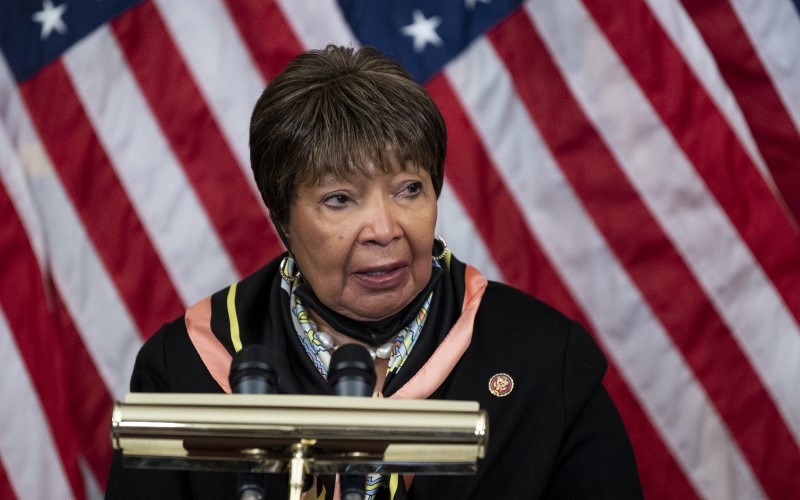 An array of provisions in the new CHIPS and Science Act are focused on diversifying the STEM workforce. Together, they provide guidance for education and research capacity-building programs at the National Science Foundation and Department of Energy, and mandate cross-agency initiatives to expand demographic data collection, improve workplace inclusivity, and combat sexual harassment in STEM fields.

Many of these provisions originated as standalone bills developed by the House Science Committee, including several that Committee Chair Eddie Bernice Johnson (D-TX) has championed for years as the committee’s lead Democrat. Johnson is retiring at the end of this year after three decades in Congress, and the enactment of the CHIPS and Science Act caps off her service on the committee, which has spanned her entire career as a lawmaker. In recognition of her longstanding advocacy for broadening participation in STEM, one of the act’s provisions names NSF’s INCLUDES program in her honor.

Another major focus of the act is expanding the geographic and institutional diversity of federal grantees, particularly by expanding the Established Program to Stimulate Competitive Research (EPSCoR), which sets aside funds for states and territories that historically have received a small share of federal research funds. The EPSCoR expansion push was led by Sen. Roger Wicker (R-MS), the top Republican on the Senate Commerce, Science, and Transportation Committee. His initial proposal was scaled back in the final negotiations, as the Science Committee advocated for building research capacity through new programs to support minority-serving institutions (MSIs) and “emerging research institutions,” regardless of where they are located.

The act’s cross-government initiatives apply to agencies with annual extramural research budgets greater than $100 million, with the White House Office of Science and Technology Policy assigned to developing implementation guidance for them.

Demographic data. The act directs agencies to standardize the collection of demographic information about all grant applicants. NSF is tasked with aggregating this data as part of its biennial Science and Engineering Indicators report, as well as with surveying the demographics of STEM faculty at U.S. institutions of higher education at least every five years and providing research grants to evaluate the data.

The act states the data for both applicants and faculty should encompass information on race, ethnicity, sex, and socioeconomic indicators, which “may include employment status, occupation, educational attainment, parental education, and income, geographic location, and years since completion of doctoral degree.” The House Science Committee, which developed the provisions, has acknowledged that agencies cannot require applicants to provide demographic data and that it will be collected on a voluntary basis.

Recruitment and retention. Agencies are to require doctoral degree-granting institutions that receive federal funding as well as federally funded labs to conduct activities for addressing cultural and institutional barriers to recruiting and retaining STEM workers from underrepresented groups. These are to include periodic workplace climate surveys and providing education on best practices for unbiased recruitment and evaluation.

Caregiving flexibilities. Agencies are required to offer flexibility to grantees who take on caregiver roles, such as for a newborn child or sick family member. Accommodations, “to the extent feasible,” are to include no-cost extensions of grant awards, award supplements, and flexibility in award start dates.

Sexual harassment. Agencies must require grantee institutions to report back “any decision made to launch a formal investigation of sex-based or sexual harassment” involving grant personnel as well as any subsequent findings of harassment. The reporting requirement can also be triggered by any “administrative actions” taken related to harassment allegations that affect the “ability of grant personnel or their trainees to carry out the activities of the award.” Some agencies such as NSF and NASA have already implemented such requirements.

The act further requires NSF to support research on factors behind harassment in the STEM workforce and its consequences, and on interventions to reduce the incidence and harms of harassment. NSF is also directed to commission an update to a 2009 National Academies report on responsible research conduct, as well as an assessment of progress since the Academies’ 2018 report on the sexual harassment of women in STEM.

MSI outreach. OSTP is directed to develop guidelines for how federal science agencies should conduct outreach to MSIs, with the goal of increasing awareness of funding opportunities and fostering sustained partnerships. The office must also produce a strategic plan for increasing MSIs’ ability to compete for research funding. 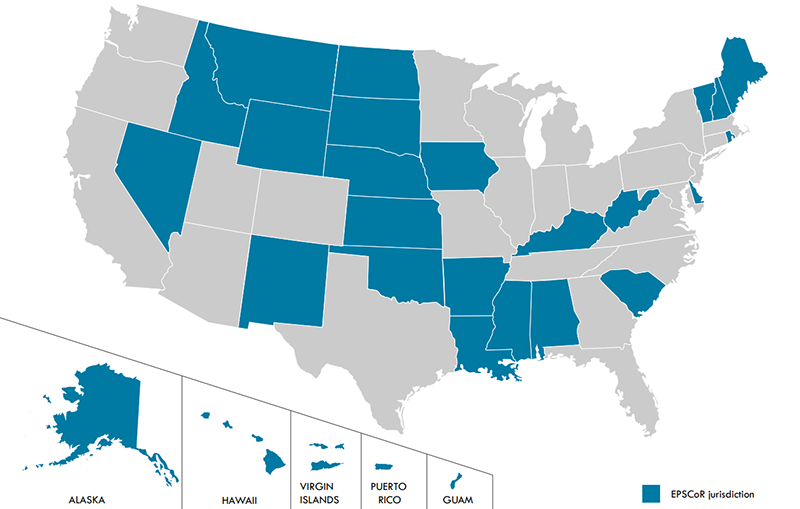 Similarly, the act requires that at least 10% of the university R&D funds awarded by the DOE Office of Science go to institutions in EPSCoR jurisdictions, if practicable. The act also recommends Congress ramp up funding for the office’s existing EPSCoR program from its current level of $25 million to $125 million by fiscal year 2026, with $25 million each year dedicated to equipment acquisition.

Rural schools. NSF is directed to support research on ways to improve the quality and accessibility of STEM instruction in rural schools. It recommends that over the next five years NSF spend $8 million annually to support curriculum development and training for STEM educators and $12 million annually to support research on barriers faced by rural students in accessing high-quality STEM education. In addition, it authorizes the agency to establish a pilot “regional cohort” program that would provide “peer support, mentoring, and hands-on research experiences for rural STEM educators of students in prekindergarten through grade 12, in order to build an ecosystem of cooperation among educators, principals, other school leaders, researchers, academia, and local industry.”

Location-agnostic programs. The act directs NSF to establish a program to build research capacity at institutions that are not among the top 100 in total federal research funding received over the prior three years. The program will support both research and activities such as faculty professional development, student stipends, research instrumentation acquisition, and administrative support. The act recommends Congress provide the program with $150 million annually over five years.

NSF is also directed to establish a five-year pilot program that supports partnerships between research-intensive universities and “emerging research institutions,” defined as institutions of higher education that have an “established undergraduate or graduate program” but receive less than $50 million in federal research funding. The act requires that at least 35% of funding from any award the program issues go to the emerging institutions, and it permits the funds to support “faculty salaries and training, field and laboratory research experiences for undergraduate and graduate students, and maintenance and repair of research equipment and instrumentation.” The act does not provide a budget recommendation for the program.

In addition, the act authorizes NSF to award grants to expand research capacity at MSIs and to create up to five MSI “Centers of Innovation” that would “serve as incubators to allow institutions of higher education to experiment, pilot, evaluate, and scale up promising practices,” with a recommended combined annual budget of $250 million. The act also directs NSF to support research on MSIs’ role in increasing the participation of underrepresented minority students in the STEM workforce.

NSF diversity officer. The act creates a Chief Diversity Officer position at NSF to improve coordination and oversight of the agency’s efforts to broaden participation in STEM. The officer’s duties include developing a strategic plan that “publicly states a diversity definition, vision, and goals” for NSF and identifying “actionable” metrics for assessing progress toward those goals. The officer will also help develop strategies to improve outreach to MSIs, promote diversity and inclusion in PreK–12 STEM education, and increase recruitment from “untapped locations and underrepresented populations.”

Facility award criteria. NSF is directed to consider organizations’ diversity and inclusion practices when reviewing their applications to manage major facilities. In their applications, the organizations must specifically “demonstrate prior experience and current capabilities in, or to have a plan for employing, best practices in broadening participation in science and engineering.”

National STEM Teacher Corps pilot. The act permits NSF to establish a 10-year pilot program to recruit and retain high-quality STEM teachers. Members of this “STEM Teacher Corps” will serve four-year terms, receive an annual stipend of at least $10,000, and participate in professional development programs. They also must devote time to “teaching and coaching underserved students to increase STEM student achievement and STEM participation rates for students from rural and high-need schools.” In addition, the program will provide awards to local alliances of educational institutions and nonprofit organizations to support professional development and corps recruitment. The act recommends NSF receive $60 million annually to implement the pilot.

Teacher scholarships. The act recommends NSF increase by 50% the number of scholarships provided by the Robert Noyce Teacher Scholarship Program over the next five years and requires the program to increase outreach to MSIs. It also waives the program’s cost-sharing requirement for five years and directs NSF to report back on the waiver’s effects on “equity among recipient institutions,” among other considerations, and to recommend whether the waiver should be made permanent. The waiver also applies to the cost-sharing requirement for NSF’s Major Research Instrumentation program.

DOE provisions. The Department of Energy’s Office of Science is directed to expand efforts to broaden the participation of underrepresented groups in STEM fields relevant to its mission. Such efforts will include leveraging NSF’s INCLUDES network, building research capacity at MSIs and emerging research institutions, and supporting collaborations between teachers and scientists. It further directs the office to develop a 10-year plan for expanding its education and workforce programs for underrepresented groups as well as its outreach to MSIs. The act recommends Congress appropriate $40 million annually over the next five years for the office’s Workforce Development for Teachers and Scientists programs, up from their current combined budget of $35 million.