Supernova: An Interview with Author Or Graur

Supernova: An Interview with Author Or Graur 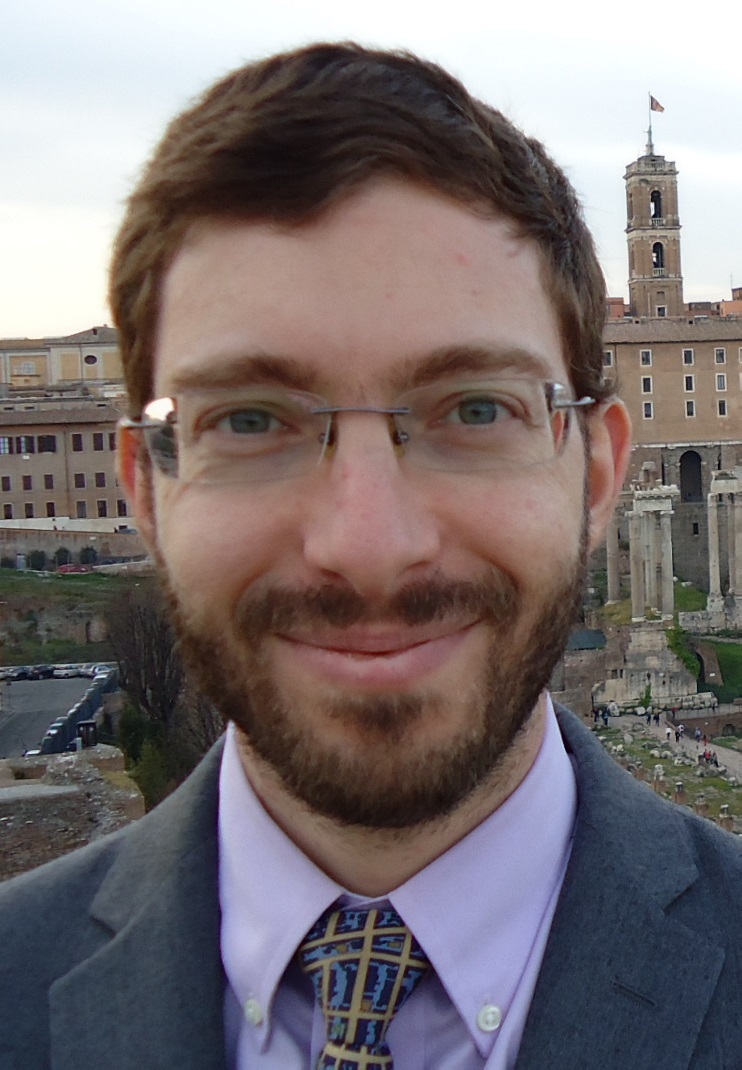 We are excited to welcome author Or Graur to the blog! Earlier this year, MIT Press published his book Supernova, which is a concise introduction to the history and physics of supernovae, or the brilliant explosions of stars. Graur is a Reader (Associate Professor) in Astrophysics at the University of Portsmouth's Institute of Cosmology and Gravitation.

Please tell us a bit about your book.  What drew you to the topic?

When I was an undergraduate student, I wrote a report on dark energy. It had only been discovered a few years before and was an exciting new mystery. When the time came to look for PhD projects, I wanted to work in this field, but there was no one working on it at Tel Aviv University. I knew that dark energy was discovered due to observations of supernovae, so I decided to approach the field that way. This led me to Prof. Dan Maoz, who had a long-term research program to try and figure out what types of stars explode as Type Ia supernovae, the type of supernova used to discover dark energy. Under his supervision, I completed three surveys, in which I discovered supernovae myself, then used them to measure the frequency at which Type Ia supernovae explode at different ages of the Universe. I still remember how excited I was when I compared the rates I had measured to theoretical models. For a split second, I had twitched the veil covering the Universe’s mechanism. I’ve been hooked ever since. I still study Type Ia supernovae, but now my focus has shifted to using the Hubble Space Telescope to study how the light from these events fades years after the explosion. This is another way to approach the same problem: figuring out what type of star explodes as this type of supernova, and how the explosion occurs. 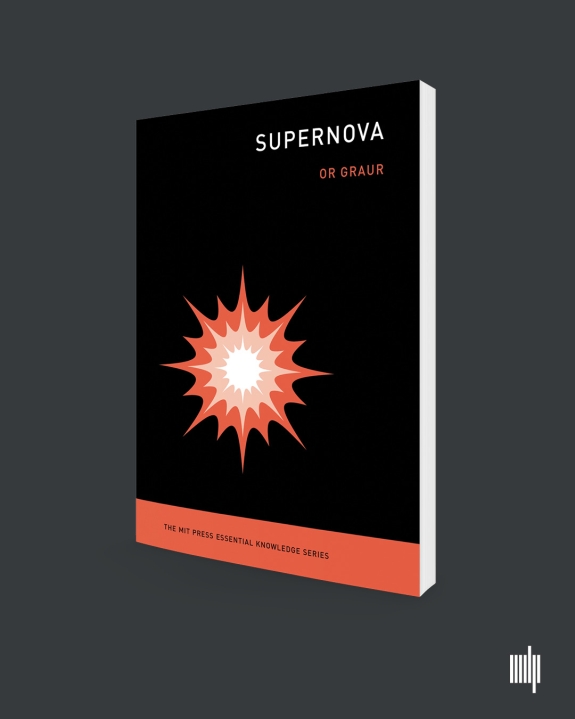 The book itself came about by chance. While working as an NSF Astronomy and Astrophysics Postdoctoral Fellow at the Center for Astrophysics | Harvard & Smithsonian, I learned that MIT Press were having a competition, MIT Pitchfest, to discover new authors. I submitted a proposal for a book on transients (anything that appears suddenly in the night sky before once again fading away), and got into the short list. My proposal didn’t win first place, but I stayed in touch with the press, and it evolved into the book you see now: a concise introduction to the study of supernovae. This way, I hope I’ll be able to communicate some of my passion for my field to others.

How did you go about researching for your book?  What was your starting point?

“Write what you know.” It’s an old writing adage, but it’s true. So I started out by writing what I knew about supernovae: the different types we observe, how we think they explode, and so on. As I wrote, I found myself asking, “how do you know this?” and “are you 100% sure of this fact, this number?” That sent me digging back through the literature, and each time I answered one question, I was faced with two more. It made me rethink many of the things I took for granted about my field. 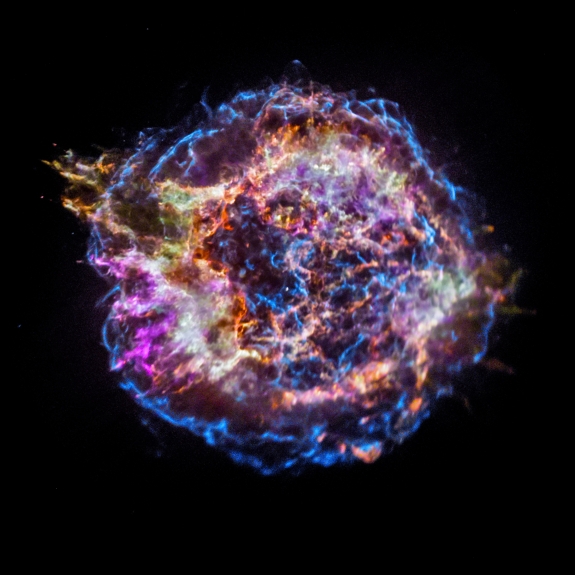 You start the book with a Futurama quote. Great stuff. How do works of science fiction/comedy figure into your work, either your writing work or your science work? Or into the world of science communication in general?

Credit where it’s due, the idea of starting off the book with a few popular culture references came from my editor, Jermey Matthews. It’s a great way to hook readers and ease them into the science. Not because I think readers can’t handle the science (everyone can), but because generation after generation has been brainwashed to think that science is hard and unapproachable. Popular culture can serve as a gateway to science, as it has for me. One of the reasons I was drawn to astrophysics was because of science fiction, especially Star Trek: The Next Generation, so it was fun to start off with the exploits of Captains Picard and Janeway. It’s also a tribute to Star Trek that I could so easily tie its depictions of supernovae to the real thing.

From the book: “Astronomy is a confused but lively conversation stretching back for thousands of years.” Why did you include two chapters on the history of the human understanding of the supernova?

I originally planned to have one history chapter, but as I researched it, I discovered that the history of my field was more intricate and exciting than I had imagined. I realized that by splitting the chapter in two, I could not only recount the history of my field but also tell two additional stories, not about the science but about the way we as humans approach science. The first chapter, on the ancient history of supernova observations, ends up showing how astronomy evolved from astrology into astrophysics. The second chapter has a different narrative arc; it shows how, despite great leaps in telescope and detector technologies, modern supernova surveys are pretty much identical to Fritz Zwicky’s inaugural survey of the 1930’s. While I usually try to portray science as the collaborative work of groups of scientists instead of individual geniuses, the second chapter also serves as a memorial of sorts to Fritz Zwicky, who laid the foundations of the field. 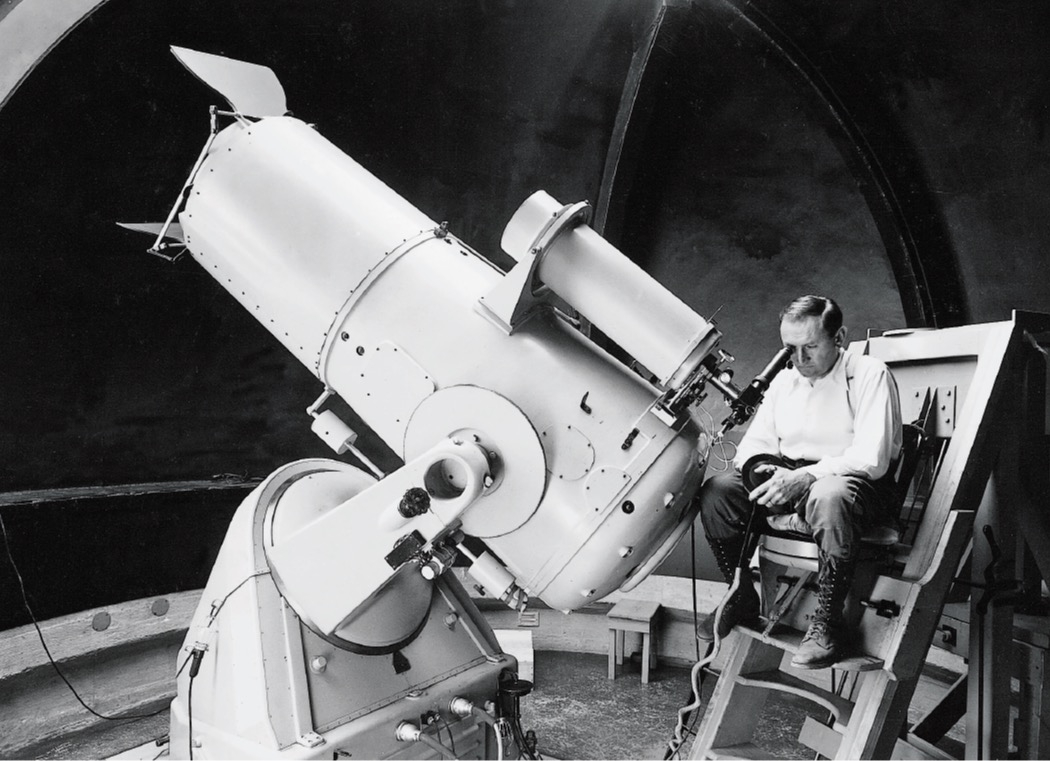 Which libraries/archives/places online were important in your research for the book? What did you use from there?

Astronomers are fortunate to have the NASA Astrophysics Data System (ADS), an online archive of nearly every single paper in astrophysics going back more than a century. The vast majority of articles are available as a PDF files, which meant that as I wrote, I could consult one paper after another, without leaving my desk. This ended up saving the book, since I wrote half of it during the COVID-19 lockdowns, when I was forced to work from home. Still, while NASA ADS is amazing, it’s not complete, and I also relied on the research libraries at the Center for Astrophysics | Harvard & Smithsonian (the Wolbach Library), the American Museum of Natural History, and the University of Cambridge.

Are there findings you uncovered in your research that stick out in your mind as memorable, but did not make it into the book?

The forgotten ones. Science is an enterprise advanced by thousands of people, but we only ever remember a handful of them. This happens because we like simple, straightforward stories. In fact, it’s been said time and again that there are only two types of stories: “hero goes on a journey” and “stranger comes to town.” So we find it easier to attribute discoveries to single individuals. 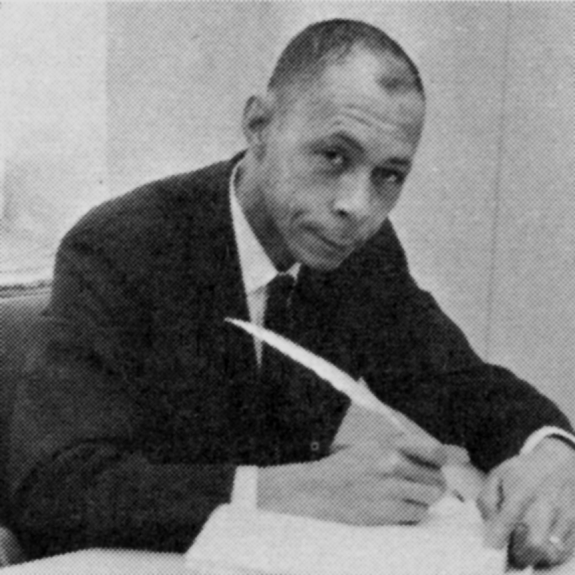 In 1962, Titus Pankey, Jr. showed that the light from Type I supernovae was due to the radioactive decay of nickel to cobalt to iron. Credit: US Navy Research Laboratory.

On top of that, we’re lazy. When we write research papers, we only dig so far back for citations. Quite often, we get used to citing certain papers for a given discovery and never question whether someone else had made that same discovery years earlier (I’m just as much to blame for this as anyone else). This is why the Auger effect is named for Pierre Auger, when it was also discovered by Lise Meitner at the same time. It’s why the constant describing the rate at which the Universe is expanding is named after Edwin Hubble instead of Georges Lemaître.

In my field, it’s why the correlation between the luminosities and the widths of the light curves of Type Ia supernovae is named after Mark Phillips, even though it was discovered by Bert Woodard Rust and Yuri Pavlovich Pskovskii years earlier. Phillips isn’t to blame for this, as he did cite Pskovskii’s work. It’s our fault for not paying attention. Another example is the discovery that the light we receive from Type I supernovae is due to the radioactive decay of nickel to cobalt to iron. This was discovered by Titus Pankey, Jr. in his PhD thesis. Published in 1962, this was one of the first ten PhD theses awarded to Black physicists in the US, yet it was completely forgotten. In this case, I think we failed to cite Pankey’s work because he left academia (he had a long and successful career at the US Naval Research Laboratory). Still, while that might be an explanation, it’s not an excuse, and I now make sure to cite Pankey, Rust, and Pskovskii.

First, write. No first draft is perfect but it’s imperative to get words on the page. It usually takes me a few days to write a full first draft of any document. Every day, I start by reading what I’ve written so far. As I read, I make small corrections, replacing a weak word with a stronger one, a vague phrase with a more precise description. Once a draft is complete, I examine it as a whole to make sure that the narrative flows naturally from one paragraph to the next. Next, I dig down into each paragraph to ensure that each sentence sounds right in my head. Like rap music, good writing flows. Getting the flow right marks the difference between a clunky reading experience and one that keeps the reader hooked. Once a draft is perfect, I put it aside for a few weeks (sometimes months) before coming back for another look. Why? Because of course it’s not perfect. Chunky sentences are pruned, obnoxious turns of phrase are excised, and confusing descriptions are put straight. Rinse and repeat until I can’t stand to look at it anymore. That’s when I submit. And immediately regret my decision when I find an overlooked typo.